The Rod And Patti Show

The former first couple could take reality world by storm

It should come as no big shock that Patti Blagojevich told the Today Show that she's signed up to do that Help, I'm Barely A Celebrity So Get Me Out Of Here Because The World Might Forget I Exist And Leave Me Down Here To Rot! reality show - the one Rod had to pass on because a federal judge deemed him to be a flight risk who might take his chances in the jungles of Costa Rica given the alternative of a courtroom in the Northern District of Illinois.

"In this terrible economic time, I think it's necessary to work and support my family," Illinois' former first lady and mother of two Patti Blagojevich said on the "Today" show. "We have to earn a living."

"She's willing to go into the jungle for her kids," Rod said, hinting that he wasn't going to let Patti steal all the limelight. "There may be some surprises."

Let's be clear. Like most things with the Blagojeviches, she's doing it for the money.

And that's not entirely unreasonable. But, really, you two can do so much better than this.

Just look at Jon & Kate Plus Eight (Children) And Two (Lovers). That's the way you do it, folks. Sex sells. TMZ would open a Ravenswood bureau. You could do Rod & Patti Plus Two Plus Two Lovers Plus Hopefully At Least Two Lawyers. Sex and the law!

And after that show wraps Patti could roll right into The Bachelorette - or The Cougar.

MAP: Where Have Cases of Omicron COVID Variant Been Detected So Far? 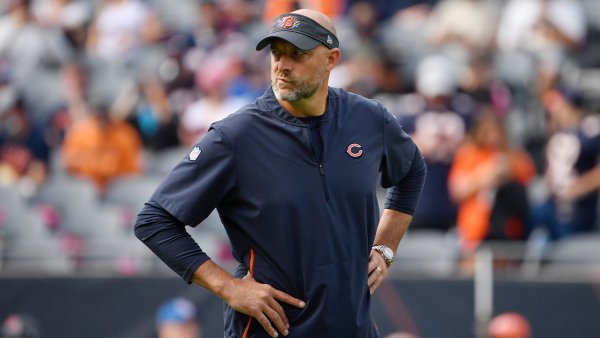 So, yes, these two need to think bigger.

How 'bout Dancing With the Stars. You're in shape, Rod. You run. Let's see you foxtrot.

Celebrity Apprentice, anyone? You're a natural, Patti!

Unless it's those foreign jungles that really appeal to you.

Then we'll see you next season on Dog: The Bounty Hunter.