As someone who walked the entire parade route with the NATO protestors, from the Petrillo Band Shell to the corner of Michigan and Cermak, I can tell you there were two groups no one wanted to come in contact with: the police, and the Black Bloc.

From the outset, it was clear that the march’s organizers were not enthusiastic about the appearance of the Black Bloc, a gang of black-clad anarchists who believe that no protest is complete without a punch-up or a broken window. Marshals in orange vests ordered them to move further back in the crowd. They didn’t want the Black Bloc in the vanguard, as the face of the anti-NATO protests.

And yes, they were all dressed in black: black hoodies, black bandannas, black masks, black jeans, black boots. One Black Bloc member even brought along a black dog. Only the police, in their riot helmets and body armor, must have been hotter on that 85-degree day. Seeing themselves as the purest element of protest, the Black Bloc even tried to intimidate peaceful marchers, who they considered insufficiently radical.

As the Sun-Times reported:

The Black Bloc anarchists had gathered under the shade of trees behind the Petrillo Band Shell before the march started.

“We are a leaderless resistance,” they chanted, dressed from head-to-toe in black clothes, with bandanas covering their faces.

Some wore helmets and body armor and carried anarchist black and red flags on hefty wooden poles; others brandished trash can lids fashioned into shields. 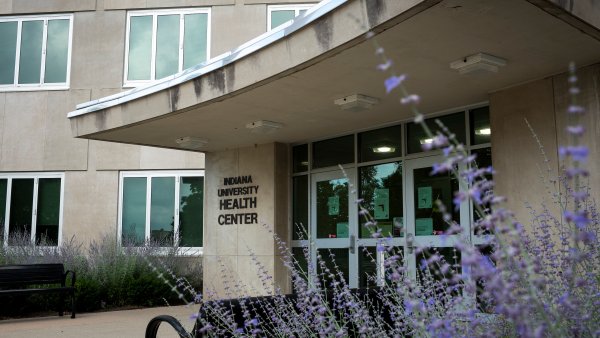 Locking arms to stay in a tight group at the center of the march, they tried to exclude any outsiders who ventured too close.

“I’m sorry if I have to stab you later,” one menacing Black Bloc member threatened a Sun-Times reporter, pulling off the reporter’s shoe and telling him, “Go ahead a------, punch me.”

The Bloc grew to around 150 as it freewheeled through the march down Michigan Avenue, at times shoving aside other marchers who didn’t share their dress sense or politics.

(On the other hand, a Black Bloc member apologized when he jostled a friend of mine. He was more polite than the cop who shoved her arm out of the way when she was trying a grab a bottle of water. Let’s just say that both sides of the law brought their “A” attitudes on Sunday.)

At the corner of Michigan and Cermak, the march ended with speeches by veterans of Iraq and Afghanistan, who apologized for their roles in those wars and tossed their medals into the trees behind. After that ceremony ended, the police ordered protestors to “Move West” -- toward the Cermak/Chinatown Red Line stop. Almost all the protesters complied. But not the Black Bloc. They’d come for a fight, and they weren’t going to leave without a cut or a bruise they could point to and boast, “Police brutality.” McCormick Place was in sight, beyond a line of mounted police officers.

They didn’t put up much of a struggle. Nobody got past the police lines. I hadn’t expected them to triumph in a conflict with the cops. None of them looked very big, very fit, or even very tough.

The Black Bloc didn’t storm McCormick Place, but they got more attention than the thousands and thousands of peaceful protestors surrounding them. That may have been their real mission on Sunday.