A 16-year-old driver is lucky to be alive after he drove a stolen car into a tree, causing the vehicle to burst into flames.

A state trooper helped the boy escape the burning wreckage, only to then charge the teen.

Police say the teen tried to elude officers and ended up in the fiery crash in south suburban Matteson.

At 11:14 p.m. Monday, an Illinois State Police trooper attempted to stop a car for speeding on southbound I-57. Rather than pulling over, the driver kept going and crashed the vehicle into a tree on the ramp from I-57 to Vollmer Road in Matteson, according to Illinois State Police District Chicago Master Sgt. Joe Stangl.

Stangle said the trooper had stopped pursuing the vehicle before the crash occurred.

The 16-year-old was taken to an area hospital with minor injuries and later released.

He was charged with several crimes: possession of a stolen vehicle, fleeing and eluding police and driving without a license. He was released from police custody to a family member, the master sergeant said. 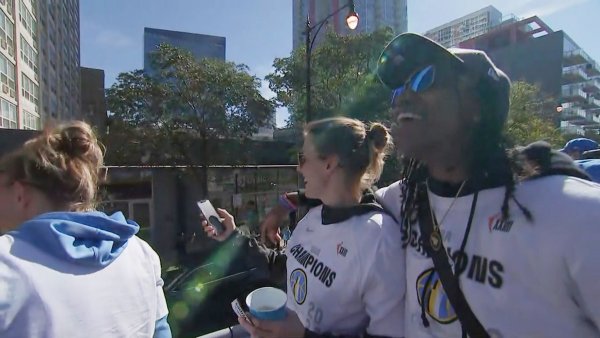 WATCH: Ride Along With Chicago Sky Players for Their WNBA Championship Celebration

It is not clear where the vehicle was stolen from. No one else was injured.