What to Know Before Going to This Year's Taste of Chicago

Looking to give the Taste, well, a taste?

Last year’s event attracted more than one million visitors, all hungry to take a bite out of some of the city’s best eateries.

Here's a guide to keep you from biting off more than you can chew.

How much does it cost? Admission into the “Taste” is free. Food and beverage tickets are sold in strips of 14 tickets for $10. Full food portions cost around 10-12 tickets while smaller portions are available at each vendor for three to six tickets. Beverages can be purchased with tickets or credit card.

How do I get to there? There is parking available directly under the festival at the Millennium Garages. Three main roads will be temporarily closed at the start of the festival through 4 p.m. July 15: Columbus, from Monroe to Balbo and from Balbo to Roosevelt; Jackson, from Michigan to Lake Shore Drive and Ida B. Wells Drive, from Columbus to the Ida B. Wells semi-circle. 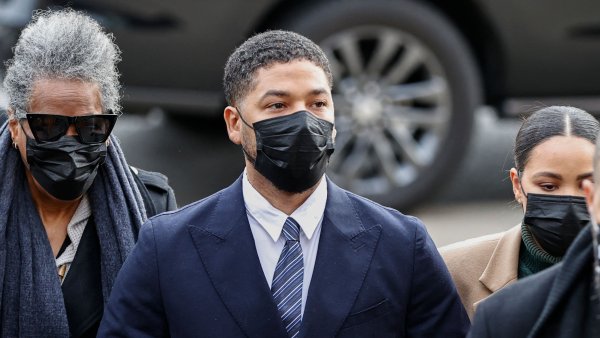 You can also opt for public transportation. Metra said it plans to offer extra trains and altered schedules on the BNSF Line and the Union Pacific West line for customers attending the food festival.

What foods will be there? There will be 40 five-day participants, 24 pop-ups, 16 food trucks and more than 300 menu items available. Thirty-six of the food vendors are new to the festival. See the full list of participating restaurants here.

What else is there besides food? This year's event will also feature music each night at the Petrillo Music Shell and the Goose Island Stage. Lawn seats are free and there are also tickets available here.

There will also be a series of food demonstrations from local and national chefs near Buckingham Fountain Plaza.

What will security be like? Officials said Wednesday that the city was confident going into the 39th annual Taste of Chicago festival with the safety and security plan from the previous year. Authorities said the festival would be staffed by private security as well as the Chicago Police Department, both stationed at all eight or nine entry points to the fest, held each year in the city's Grant Park. A "multitude" of cameras will be on the premises of Grant Park itself, as well as on the CTA and around the perimeter of the taste, officials said.

What about the weather? When it comes to weather, OEMC officials had a plan in place for that as well.

"Grant Park has been evacuated in the past, probably most recently for Lollapalooza over the past few years," Office of Emergency Management and Communications Executive Director Rich Guidice said. "We have our parking garages that are directly underneath a good part of the festival grounds, also businesses and restaurants within the area will usually take on a good group of crowd if it necessitates an evacuation."

"Obviously early notification to that is our goal and we've done a good job working with the National Weather Service in the past and they are well involved with this plan here today," he continued, adding that a speaker system was installed throughout the park system and vendors were made aware of a notification system to communicate with everyone on the festival grounds quickly in the event of an evacuation.

"If it's just rain, rain's not a problem, right? We deal with rain all the time. If it's lightning that's coming with those storms, that's where it becomes a game changer and that's something that we would take into early consideration," he continued.