Corrina Sac, of UpRising Bakery and Cafe, said in a Facebook video posted Saturday that village officials sent a letter a day earlier threatening large fines and the revocation of its business and liquor licenses if any more events are organized

A northwest suburban bakery that was targeted earlier this month in a hate crime after planning a family-friendly drag show was ordered to stop hosting public events because it isn’t zoned for entertainment — a move the store’s owner called a “conspiracy.”

Corrina Sac, of UpRising Bakery and Cafe, said in a Facebook video posted Saturday that village officials sent a letter a day earlier threatening large fines and the revocation of its business and liquor licenses if any more events are organized.

The ACLU of Illinois vowed to defend Sac and warned the village’s actions “create a victory for hateful, anti-LGBTQ+ voices who attacked the owner and bakery after coverage of the drag brunch.”

Sac said the letter came after a “very threatening meeting” on Thursday, when she claimed she was first informed of the zoning issue and concerns over the public resources being used to protect her business. She insisted the bakery has been holding events since opening last November and now relies on them to meet its financial obligations.

“I feel like this is discrimination and a conspiracy to interfere with my business,” she said. “Unfortunately, when the attention waned from all the hate this week, they shifted gears and started victim blaming me after we were attacked by a known domestic terrorist who committed hate crimes against us just one week ago.”

Lake in the Hills Jul 23 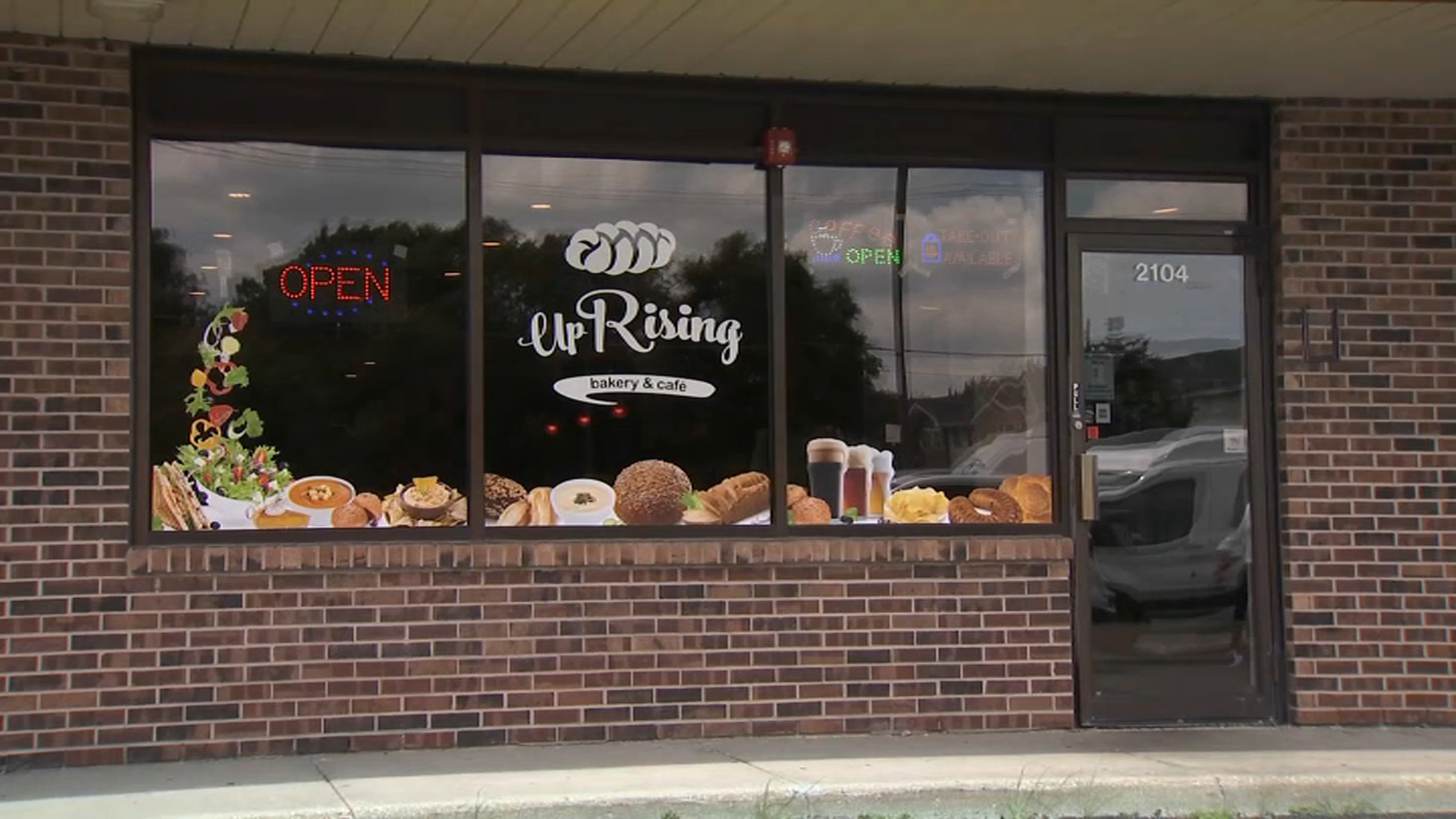 Lake in the Hills Jul 20

Joseph I. Collins, 24, of Alsip, was arrested early July 23 after allegedly breaking out windows and spray painting “hateful messages” on the bakery at 2104 W. Algonquin Road, according to Lake in the Hills police. He was hit with felony hate crime and criminal damage to property charges and was later released on a $1,000 bond.

The vandalism followed threats and harassment over the bakery’s planned “Starry Night Drag Brunch,” which was supposed to happen that same evening.

In recent months, the Proud Boys and other far-right agitators have targeted similar pro-LGBTQ+ events across the country. Using language popular among adherents of the unfounded QAnon conspiracy theory — which centers on an alleged cabal of Satanic sexual abusers operating a massive child sex trafficking ring — extremists have claimed kid-friendly drag shows are a tool for “grooming” children.

Members of the Proud Boys’ Northern Illinois chapter promoted a protest of the drag brunch with Awake Illinois, another far-right group that has advocated against critical race theory and mask mandates in schools.

Collins has been photographed wearing Proud Boys garb and standing alongside Edgar “Remy Del Toro” Delatorre, a prominent member of the neofascist group. Both men were present for the January 6, 2021, riot at the U.S. Capitol, which has led to federal charges against dozens of Proud Boys.

‘We just need to figure out what we’re gonna do’

Village officials wouldn’t immediately provide a copy of the letter sent to the bakery, but they issued a statement pushing back on Sac’s claim that she was the subject of a “conspiracy.”

“This issue is about a business conducting activities it was never permitted to conduct,” officials said in the statement Sunday. “While the potential revenue from these entertainment events may be attractive to the business owner, the Village is seeking compliance with its zoning regulations.”

The zoning designation of the strip mall where UpRising is located “prohibits entertainment in large part due to the close proximity to residential neighborhoods and shared tenant parking,” according to the statement.

The drag brunch at the center of the controversy “received strong negative criticism” after it was advertised and pushed the village to respond, officials said.

“The Village’s focus was on coordinating the resources necessary to ensure the safety of the business, its neighbors and the community, while also preserving the Constitutional rights of the participants,” the statement noted.

Rebecca Glenberg, senior staff attorney for the ACLU of Illinois, warned village attorneys that cracking down on the bakery’s events “would be unconstitutional.” She said her organization is now “prepared to respond appropriately.”

“We request the Village’s assurances that it will not take enforcement actions or other retaliatory actions against Ms. Sac or UpRising, directly or indirectly, or otherwise interfere with constitutionally protected speech at UpRising,” Glenberg wrote in a letter Saturday.