Two suspects accused of killing an armored car guard and two of their accomplices in an attempted robbery have been ordered held without bond after a court hearing Thursday.

Deandre Jennings, 20, and Antwon Montgomery, 19, are both facing life in prison in connection with the killings, which left 47-year-old Lashonda Hearts and two other men dead earlier this week.

According to evidence provided in a proffer, Jennings and Montgomery are accused of killing Hearts and wounding one of her colleagues during a botched armored car robbery on Monday in the city’s Chatham neighborhood. The men are also accused of killing 21-year-old Naiqwon Harper and 27-year-old George Holmes, both of whom are suspected of helping the defendants in carrying out the violent attack before being killed just over an hour later on the city’s South Side.

The documents also shed new insight into how the violent crime spree occurred over a two-hour period beginning at 9:32 a.m. According to authorities, a witness in the case was raking leaves when two men, whom police believe to have been Harper and Holmes, approached him with hoods and masks on. The two men, with guns drawn, demanded the keys to the victim’s Lincoln Sedan, and they fled the scene.

At around the same time, Jennings and Montgomery allegedly had a discussion at a residence in the 8700 block of South Saginaw about robbing an ATM. The pair then left the home with multiple weapons, including a handgun with an extended magazine and a long rifle, according to a witness.

One armored truck security guard was killed and a second was injured in a shooting that occurred Monday morning while the two were loading an ATM outside a bank in Chicago’s Chatham neighborhood, according to law enforcement. NBC 5’s Regina Waldroup has the story.

Just after 10 a.m., the armored car carrying three guards drove down 83rd Street and parked at a Bank of America location in the 200 block of that roadway. Surveillance footage then shows the stolen Lincoln sedan driving across Princeton and pulling into a parking spot. 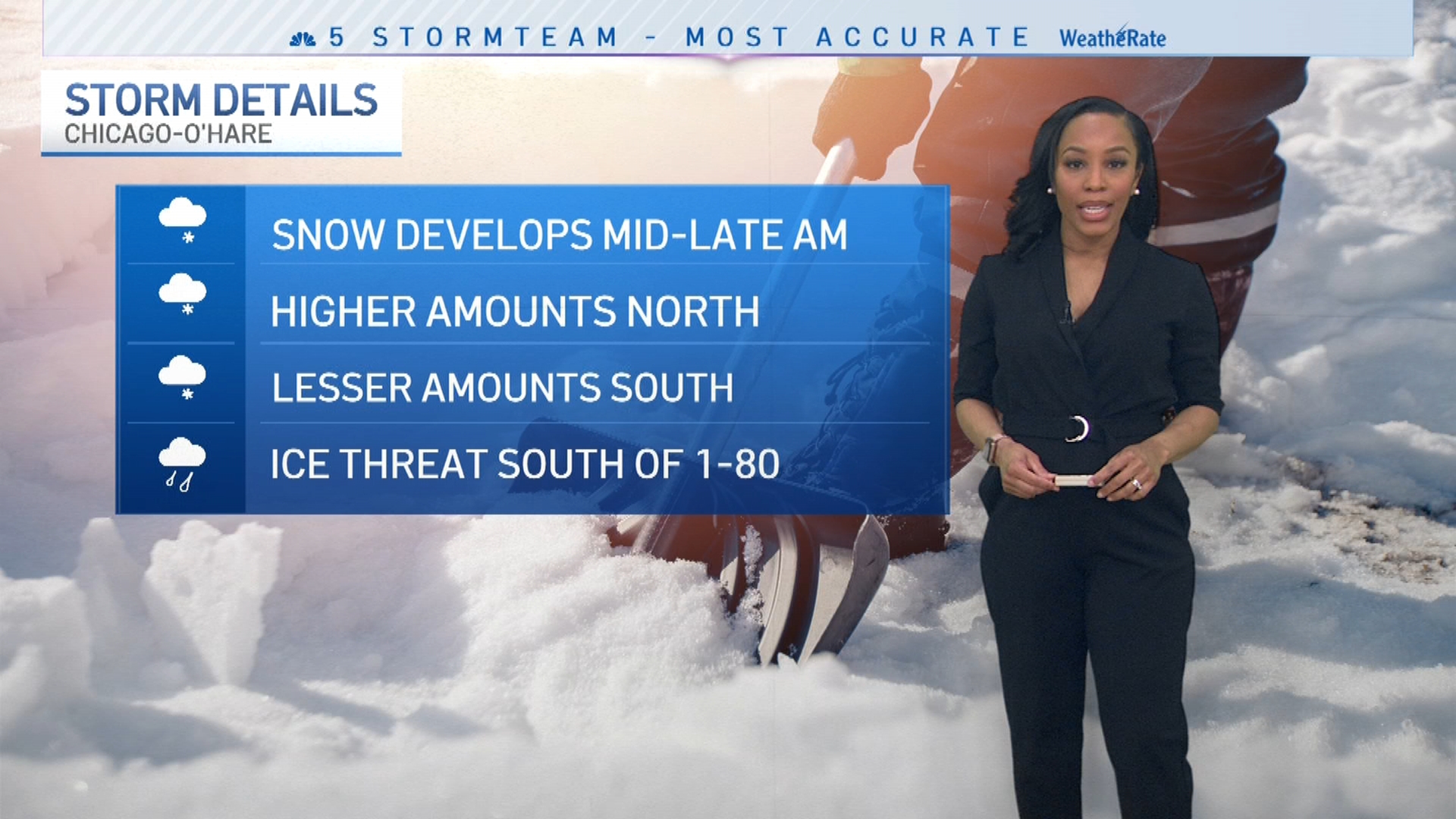 As the armored car guards opened ATM machines and exchanged money out, putting an estimated $50-to-80,000 inside, the defendants in the case got out of the Lincoln and approached the bank on foot.

Montgomery then allegedly tried to take money from a 46-year-old male guard, and a struggle ensued. During that struggle, a third person got out of the Lincoln, and he, Jennings and Montgomery all opened fire.

Hearts was struck at least three times, and collapsed near the armored car, while the second guard continued to struggle with Montgomery. A third guard then got out of the vehicle and returned fire, according to police.

The suspects then got back into the Lincoln and fled the scene, police said.

After that, both Jennings and Montgomery got out of the Lincoln, and a witness saw them get into an Infinity SUV.

Just before 11 a.m., the stolen Lincoln was seen pulling into the parking lot of a Boost Mobile location in the 6700 block of South Stony Island Avenue. Montgomery, who was still wearing a gray-hooded sweatshirt that he had been seen wearing at the bank, then got out of the car and entered the store, pulling out two weapons and demanding money from the clerk.

A witness told prosecutors that Montgomery also grabbed multiple bags and multiple phones, and fled the store in the Lincoln.

Half an hour later, Montgomery and Jennings had allegedly met back up with Harper and Holmes. It was at that time that a witness was standing near a truck in the 8700 block of South Saginaw when he heard shots and a loud crash. He looked out and saw an Infinity SUV, which matched the description of the vehicle that Jennings and Montgomery had gotten into near the bank, that had crashed into a tree.

The vehicle was allegedly registered to Harper’s girlfriend, according to the proffer.

The witness then saw a person getting out of the car, and later identified the individual as Jennings through a photo array. He also saw Montgomery get out of the car, still wearing the gray hoodie and carrying a bag.

Both men ran into a house at 8714 South Saginaw, where two more witnesses had remained. The man allegedly discussed hiding the weapons with the two witnesses in the home, along with shoes and hoodies that had been worn during the attack.

It was at that time that several 911 callers reported the crash and gunshots, telling police that the suspects had exited the vehicle and ran into the residence on Saginaw Street.

Officers also found multiple boxes of Boost Mobile phones, with some of the boxes featuring the address of the store that Montgomery had allegedly robbed.

Officers then searched the home, finding weapons, a gray hoodie, a black mask, multiple pairs of shoes and a dufflebag.

Montgomery, who was arrested at the home, allegedly had gunshot residue on his person, according to crime scene technicians. Shell casings from the Bank of America crime scene matched the weapon that Jennings had been carrying, and other shell casings matched weapons found inside the home.

Other shell casings are still being analyzed.

Jennings faces multiple charges in the case, including three counts of first-degree murder. Montgomery faces similar charges, and was out on parole following a conviction for armed robbery, according to authorities.

Both men will appear in court on Dec. 6.