Suspect in Chicago High-Rise Murder Turns Himself In

A suspect wanted in connection to a murder inside a Chicago high-rise fitness center turned himself into police early Thursday morning.

Just after 7 p.m. Wednesday, a man was killed inside the 8th floor gym of a high-rise in 500 block of West Kinzie, according to police.

Witnesses reported seeing a man in wheelchair open fire on the victim, a 45-year-old resident of the building identified as Darrin Joss. He suffered a gunshot wound to the head and was rushed to the hospital, police said, where he was pronounced dead. 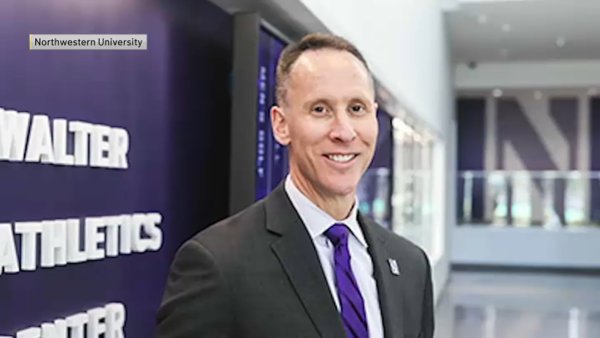 Late Wednesday Chicago Police Department spokesman Anthony Guglielmi announced detectives knew who the gunman was, and that they were actively on the hunt for him.

Hours later, at 3:30 a.m. Thursday, the suspect showed up at CPD headquarters to be taken into police custody. Video shows a man in a wheelchair wearing a dark blue hoodie being frisked by police.

One resident in the building at the time, Brian Gabriel, said he believes the alleged gunman also lives in the River West high-rise.

"A gentleman that lives in building rolled up 8th floor to the workout room, rolled up to a guy on the treadmill, shot him in back of the head, wheeled himself out of building," Gabriel said.

Aaron Snyder said he saw a man in a wheelchair arguing with another man on a treadmill over a girl, but though he "thought it was a joke." When he heard gunshots, he ran outside onto the pool deck, jumped over a fence and hid for 45 minutes.

"You go through a million things, don't know if someone is going to do a mass shooting or anything like that," Snyder said.

The man's identity will be released once formally charged, police said.