Illinois State Police have arrested a man they say shot a sheriff’s deputy to death in Wayne County on Wednesday, then went on a brazen crime spree that concluded with him taking multiple people hostage inside of a residence.

According to authorities, 40-year-old Ray Tate was taken into custody by a SWAT team Wednesday afternoon, just hours after he allegedly shot and killed a police officer on Interstate 64.

At approximately 5 a.m., Illinois State Police were called to assist with an officer-involved shooting in Wayne County, located in far southern Illinois. Around the same time, Deputy Sean Riley of the Wayne County Sheriff’s Department was called to assist a motorist near milepost 115 on Interstate 64, according to authorities.

When another officer arrived on the scene, they found that Riley had been shot to death, and his squad car has been stolen. It was recovered a short time later, just east of where he had been killed. 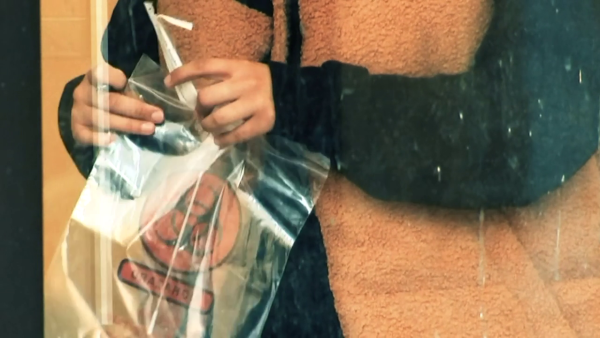 Police say that the suspect in the case then carjacked a semi-truck at the same location. The driver of the truck was forced to drive Tate to a gas station in St. Peters, Missouri, police said.

There, a series of carjackings, robberies and shootings unfolded before Tate allegedly kidnapped a victim and forced them to drive him back to Carlyle, Illinois.

It was there that Tate then allegedly broke into a house and took the homeowner hostage, along with the driver of the vehicle.

At approximately 1:42 p.m., an ISP SWAT team made entry into the residence, and took Tate into custody without further incident.

Both the driver of the vehicle and the homeowner were uninjured in the incident.

“The Illinois State Police has safely apprehended an alleged cop killer with exceptional professionalism, patience and persistence, standing side-by-side with Illinois law enforcement through another dark and difficult moment,” ISP Director Brendan Kelly said in a statement. “Mercifully, this incident was concluded with no other harm to first responders, and this defendant will now face justice.”

It is unclear whether any of the other shootings, carjackings or robberies that Tate was allegedly involved in resulted in any injuries or fatalities, and an investigation remains underway.