Sunday's Chicago Marathon Could Be Warmer Than Usual. Here's How Runners Can Prepare

At 7 a.m. at the starting line, conditions are expected to be in the mid to upper 60s and dry, but as the day progresses, temperatures will warm, early forecasts show.

Weather conditions at the start of Sunday's 2021 Bank of America Chicago Marathon could be warmer than usual for this time of year, according to early predictions.

In advance of the race, marathon organizers are communicating with runners through an event alert system to help them prepare.

"We are likely to be starting in a yellow, which is less than ideal," said Dr. George Chiampas, medical director for the Chicago Marathon. "We may need to go to a red based on the temperatures."

According to early predictions from NBC 5 Storm Team meteorologist Alicia Roman, Sunday so far looks to be dry and partly sunny to start, with warm temperatures forecasted.

At 7 a.m. at the starting line, conditions are expected to be in the mid to upper 60s and dry, but as the day progresses, temperatures will warm.

With both humidity and temperatures rising, runners can expect the warm conditions to be well-above average, rising into the upper 70s and low 80s throughout the day, though runners will have the added benefit of being along the lakefront, where cooler temps are typically reported. 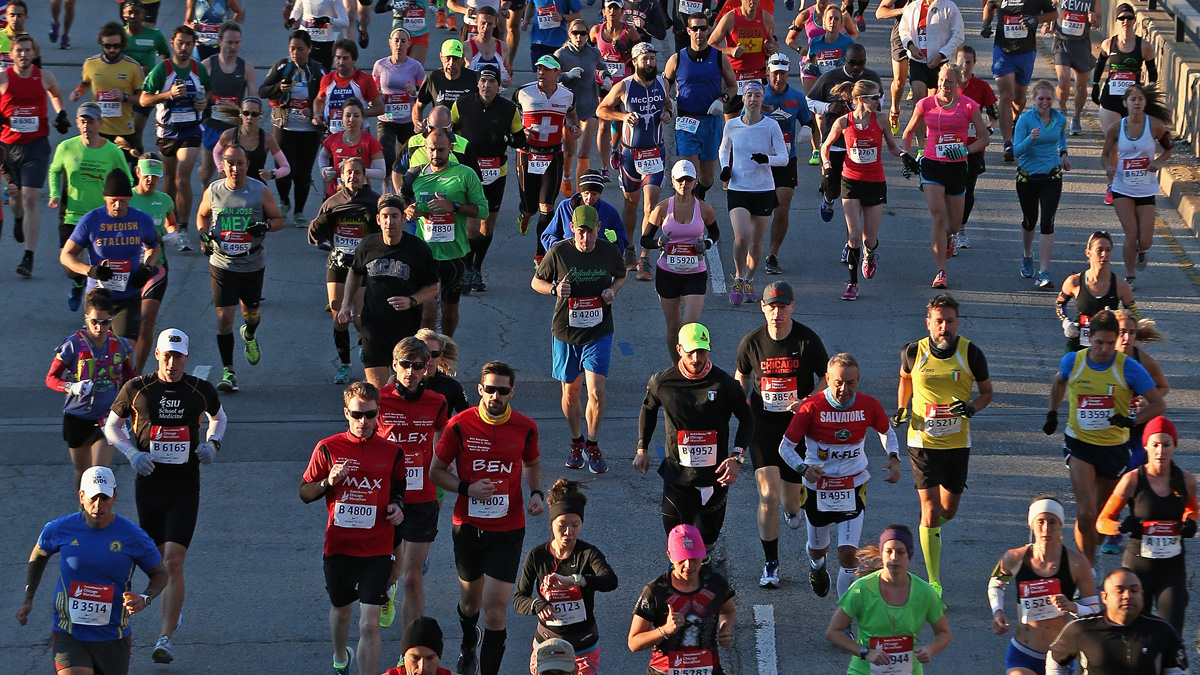 Chicago Marathon 2021 Route: See a Map of the Course 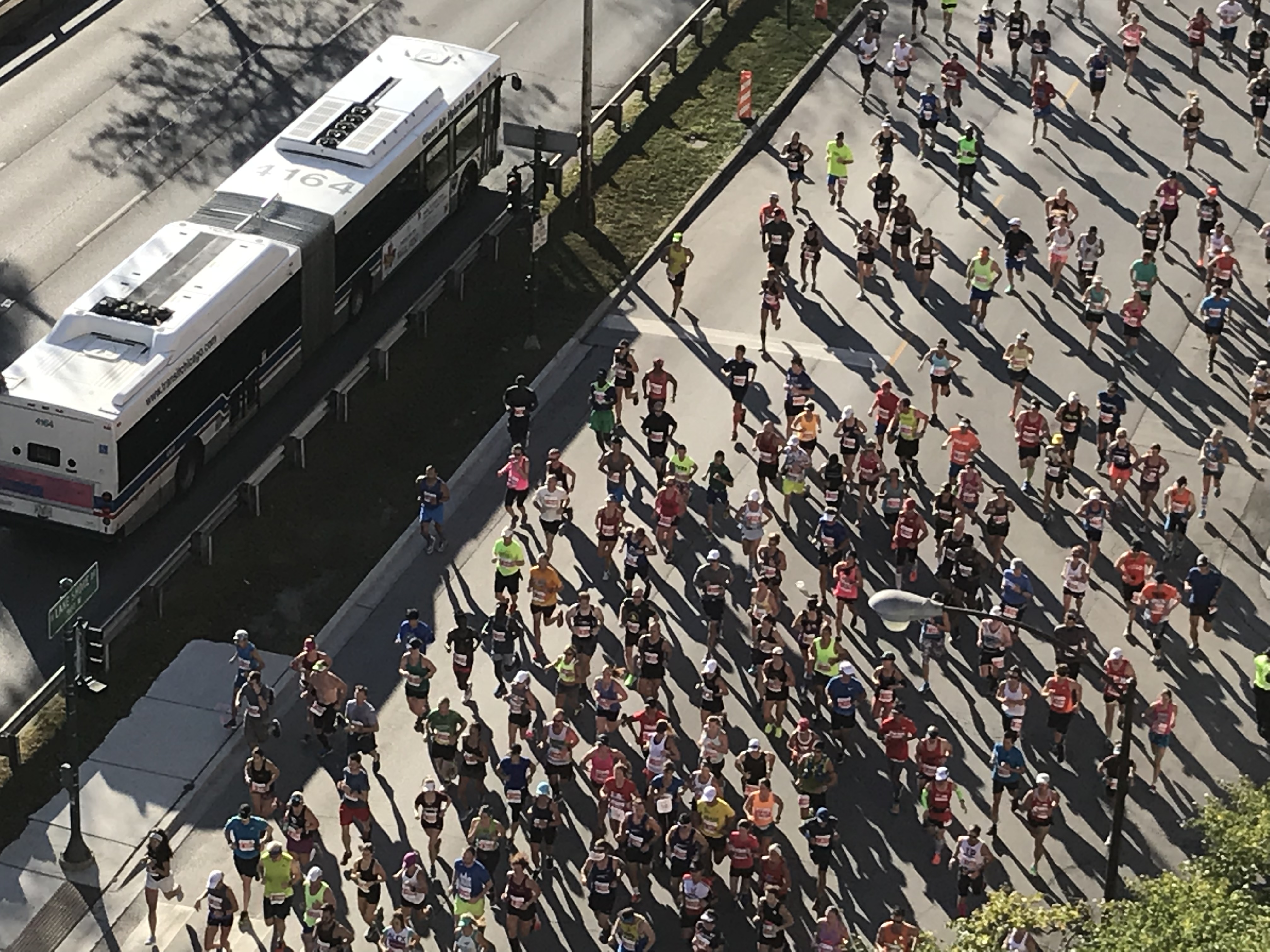 Here's a Look at What's Changing in This Year's Chicago Marathon

Dr. Chiampas said runners can do a few things ahead of times to help.

"Salt supplements and electrolyte supplements [are] really what we want to be concentrating on Sunday," he said, "because your fluid losses are going to be at a larger level with ... a little bit of an increased humidity."

Marathon organizers say runners should plan on dressing in light, loose clothing for the race. In addition, now might be the time to reframe expectations.

"If they need to walk more, if they need to reset their goals, Sunday may not be the day when they're setting their PR or their personal best," Dr. Chiampas said.

Cathy Lapinski, who is preparing to run her 10th marathon on Sunday, her fourth in Chicago, said she plans to drink more fluids on the course if temperatures rise.

Lapinski has a goal in mind, but like so many runners, she’s also running on a team for charity and isn’t losing sight of the big picture.

"Finishing with a new PR or qualifying for Boston, that only changes my life, but the opportunity to run for Team World Vision and provide clean water for those who don’t have any really changes people lives," she said.