Gov. J.B. Pritzker says the state's stay-at-home order is "still very much in effect," despite a court ruling that granted a temporary restraining order for a southern Illinois lawmaker.

"This ruling only applies to one person, because it was only ever about one person," Pritzker said Tuesday.

He noted, however, that the risk from the court's decision, which exempts state Rep. Darren Bailey from abiding by restrictions, "is significant." Bailey, a Republican from Xenia, Illinois, filed suit last week claiming Pritzker exceeded his authority and violated the civil rights of the state’s residents by extending the order another 30 days in May.

"By agreeing with the plaintiff in this initial ruling, the court set a dangerous precedent," Pritzker said. "Slowing the spread of this virus is critical to saving lives by ensuring our healthcare system has the resources to treat patients who get sick. We will not stop this virus if, because of this ruling, any resident can petition to be exempted from aspects of the orders that rely on collective action to keep us all safe."

Pritzker on Thursday said he planned to extend his stay-at-home order through May 30 as the highly contagious coronavirus continued to spread and infect thousands across the state. 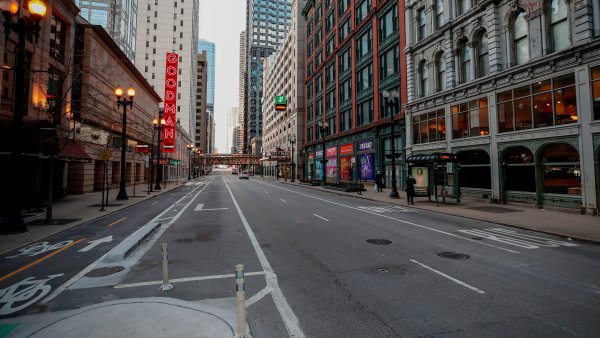