‘Spit Hoods' Not Used in ‘Any Capacity' By Chicago Police, CPD Says

In the wake of Daniel Prude's suffocation death in New York after a "spit hood" was placed on his head, the use of such hoods or bags has come under scrutiny across the country.

As police departments' use of so-called "spit bags" or "spit hoods" comes under scrutiny in the wake of the suffocation death of Daniel Prude in Rochester, New York, the Chicago Police Department said Friday that Chicago officers use neither.

"Chicago police do not use anything that could be considered a 'spit bag' or 'spit hood' in any capacity," CPD Public Information Officer Howard Ludwig said in a statement. "Officers that are spat upon have the ability to charge an offender with battery."

Prude, 41, a Chicago resident, died March 30 after he was taken off life support, seven days after an encounter with Rochester police.

“They put a bag over his head, and they squeezed the air out of him,” said Nicolette Ward, a lawyer for one of Prude’s daughters. “He spent the last moments of his life breathing in his own vomit.”

Tashyra Prude, Daniel Prude’s daughter, spoke at a remote press conference Thursday reflecting on how she knew her father as someone that ‘enjoyed making everybody smile’ and called for the officers involved to be charged with murder.

Prude's Chicago-based family said he was experiencing a mental health crisis when Rochester officers stopped him around 3 a.m. on March 23 as he wandered down a street naked.

According to police body camera video obtained by his family and released to the media, Prude could be seen spitting in the direction of officers and heard claiming to be infected with coronavirus. Officers said that led them to put the hood on Prude's head, apparently to prevent him from spitting on them.

Prude, handcuffed, can be seen continuing to spit through the mesh and saying that he wanted an officer's gun. The officers then pinned him to the ground, one of them keeping a knee on his back and another pressing his face into the pavement for two minutes. Both appeared white.

Minutes later, an officer could be heard saying, “Ugh, he’s puking.” After realizing Prude had stopped breathing, paramedics who had arrived at some point, began CPR.

The brother of a man from Chicago who died days after an encounter with police in Rochester, New York earlier this year, voiced a desperate plea for justice on the same day the officers involved in his brother’s death were suspended. NBC 5’s Patrick Fazio reports

An autopsy report lists Prude’s cause of death by complications of asphyxia in the setting of a physical restraint, excited delirium and acute PCP intoxication.

Amnesty International condemned the use of spit hoods Thursday, a day after Prude's family made public body camera video and police reports it obtained from the Rochester department. The organization said the hoods are particularly dangerous when a person is already in distress, as Prude appeared to be.

Police use of spit hoods often "looks like something out of Abu Ghraib," said Adanté Pointer, an Oakland civil rights lawyer who has handled several cases involving the devices. "They’re often used in a punitive way."

Chicago police, who do not employ the mesh bags, are able to fill out an exposure report "if they fear they may have come in contact with any sort of bodily fluid or other hazardous substance that could be potentially harmful," Ludwig said in the statement. 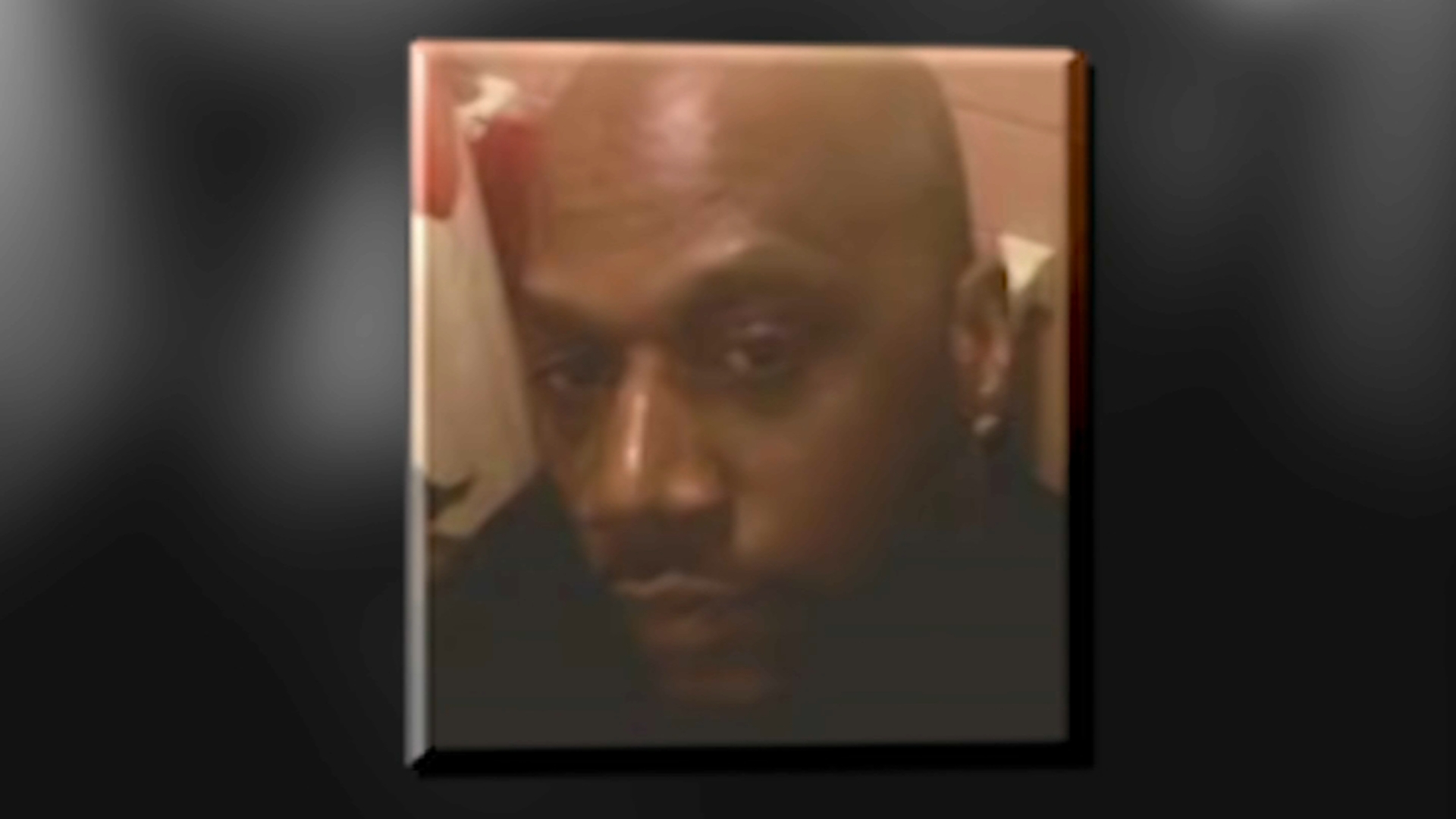 Signs of Trouble Before Police Pinned Prude Naked on Street 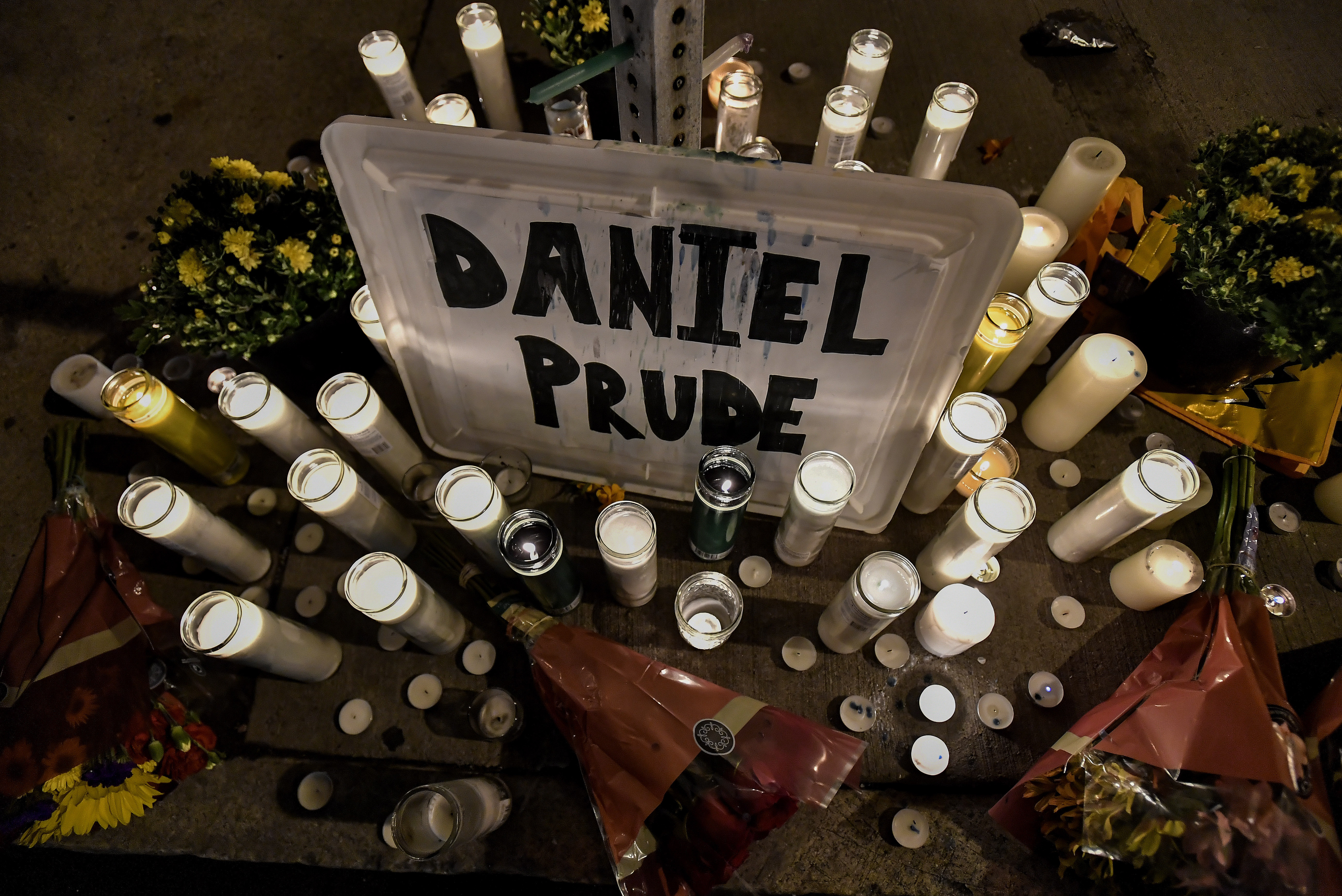 "A supervisor is tasked with completing the exposure report and will facilitate any medical attention that may be required," he said.

The head of the Rochester officers' union said Friday the officers were following their training.

“To me, it looks like they were watching the training in front of them and doing step by step what the training says to do," said Michael Mazzeo, president of the Locust Club. “If there's a problem with that, let’s change it.”

University of South Carolina criminal justice professor Geoffrey Alpert said the hoods have reduced the risk of officers and bystanders getting spit on for decades.

But Prude's death is the second one involving spit hoods to surface since the death of George Floyd at the hands of Minneapolis police sparked a national reckoning on racism and policing. Floyd's death did not involve a spit hood.

Just three weeks after Prude's deadly encounter, a similar one happened in Tucson, Arizona. Police handcuffed and placed a spit hood on the head of a naked man also in distress. Carlos Ingram Lopez died after gasping for air and pleading for water.

In both cases, details about that death didn’t emerge until weeks after.