With its pungent death-like stench, this is one flower that few might want to stop and smell.

And yet crowds are expected to "ooh" and "aah" when the exotic corpse flower blooms — and releases its foul odor — at Eastern Illinois University, most likely between Thursday and Saturday. Those unable to visit the Charleston campus' Thut Greenhouse can watch the spectacle unfold from a safe distance in real-time video on the Internet.

Greenhouse manager Steve Malehorn says there is a fascination even with just watching the plant grow. And the blooming process happens just once every two years, when the plant splits open into a massive red and

Then, of course, there's that wicked, awful smell. 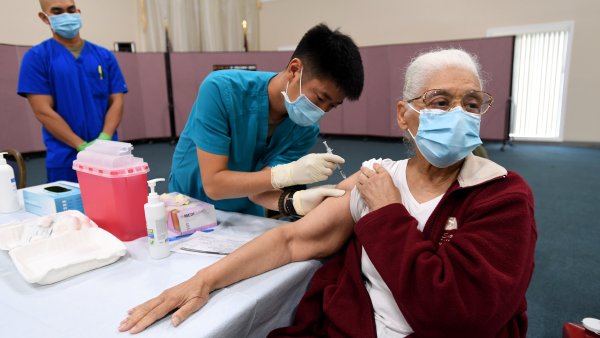 "Roadkill in a dumpster" is how Malehorn describes it.

"You can probably smell it about a mile away," he told the Mattoon Journal-Gazette and Times-Courier.

Known in Latin as amorphophallus titanum, the plant is native to the rain forests of the Indonesian island of Sumatra.

Its powerful odor can seep far into the jungle because of the plant's height and the fact that the flower warms up to about 100 degrees. The stink helps attract pollinators.

Malehorn grew the university's specimen from a seed he acquired in 2001. It didn't bloom for the first time until 2008.

He expects this year's bloom to be bigger and heavier than in 2010, when it reached 6 feet.

For those who want to experience it in person, Thut Greenhouse is open every day from 4 p.m. to 7 p.m. It will be open until midnight the day the flower blooms, as well as the following day from 9 a.m. to 6 p.m.