Small Gatherings Will Be Allowed in Phase 3. Here's What You Should Know

Gatherings of up to 10 people will be allowed as Illinois enters phase three of its reopening plan, but does it need to be the same 10 people and do you still need to social distance?

Illinois officials answered some of those questions Thursday as much of the state prepares to enter the next reopening stage at the end of the month.

"You're keeping everybody safe that's with you," Illinois Gov. J.B. Pritzker said. "That's really the goal here. We want people to get together to enjoy themselves. Remember, in the phase that we're in now, in phase two, we don't have just anybody meeting in groups of 10 or less, right? It's meant for essential workers or in other circumstances that are required. But in the next phase really any group of 10 people can do it but again, it's the idea here is to make sure that we have - you know, safety is the uppermost concept in people's minds when they're getting together wear a face covering, keep social distance from one another, you know, and outside is always the best circumstance."

Chicago Mayor Lori Lightfoot said it depends on the person.

"So this, again, gets back to the fact that as we sort of move ahead, we're not going to flip a light switch here," Lightfoot said. "And it's going to be sort of an expansion of the bubble, if you will, and people will have differing thoughts about how to do that. I think the reason why we move to a 10 person gathering is that there is then some external limit on what those meetings look like. But there are certainly people who are thinking carefully about the ways in which they will expand their bubble, if you will, from beyond the people who live in their immediate household. And some of that, frankly, I think will depend on the individual. If I am a person with underlying health conditions, if I am a person, you know who is older or both of those, I would probably recommend not expanding that bubble really at all. Unless there is a, you know, a substantial need." 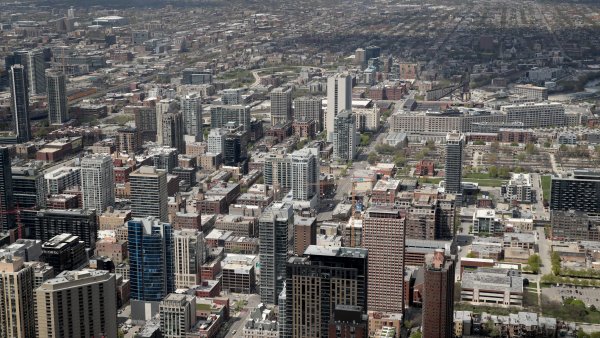 Lightfoot echoed Pritzker in saying social distancing will still be vital, even in small group settings.

"It's sort of a balancing act," she said. "Broadly, the safest thing to do is to not have interactions with people closely. Like every time you have interactions with people, especially within six feet, especially without a face covering, you have the potential for spreading virus. But recognizing that we all are moving ahead, and that is appropriate. And the reason we need to be on the downward trend here in Chicago, is that the whole point is that as you open things up, you do see some more infections with that by definition, but as long as those new infections are coming at the time when the city as a whole is coming down, it doesn't overwhelm it and you're able to keep moving forward as a city. And so I would just encourage people to be thoughtful about who they are sort of letting into their bubble. And that can continue to expand as the summer goes on."

As of Thursday, all four of Illinois' health regions were on track to enter phase three of reopening on May 29. Chicago, however, has its own plan and may not meet that timeline, Lightfoot said.

The governor has allowed bars and restaurants to reopen with restrictions. NBC 5 Political Reporter Mary Ann Ahern explains the changes.

"I don't think we're going to be ready by May 29 but my hope is soon in June we're going to be ready," Lightfoot said during a press briefing, echoing comments from Chicago Department of Public Health Commissioner Dr. Allison Arwady, who said earlier this week that the city is eyeing June for its next phase of reopening.

Illinois marked a single-day record for coronavirus testing Thursday as an additional 2,268 coronavirus cases were reported statewide, bringing the state's total number of cases to 102,686.