Search efforts resumed in Wilmington Tuesday for a young boy who was swept away in the Kankakee River with his older sister, who died trying to save him, police said.

Abigail Arroyo, 13, was in the area for a family picnic celebrating the Memorial Day holiday when she and her 12-year-old brother began playing near the shoreline off South Island Park, police said.

The boy then went into the water marked "no swimming" to touch the wall of the dam, but he got too close and was sucked in by the current, investigators learned. 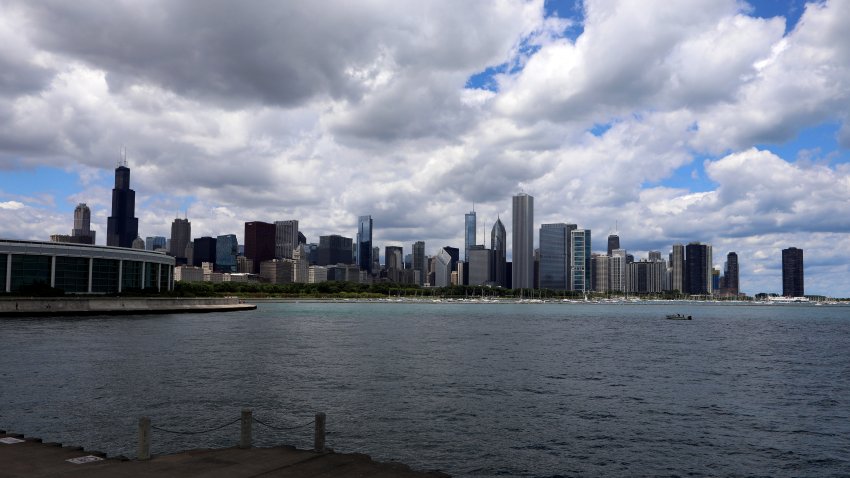 His older sister Abigail went in after him to save him, but then was also pulled in, police said.

"The current is extremely dangerous," said Maxine Rich, a longtime local to the area. "It would take you under in seconds."

Emergency responders were called to the area, roughly 60 miles southwest of Chicago, just before 6 p.m. after receiving a report of people distressed in the river and unable to get out.

Two brothers, Alvaro and Ramon Ibarra from Blue Island, were nearby at the time and jumped into the water in an attempt to save the children, but the turbulence was so strong they ended up having to be rescued themselves, police said.

Alvaro Ibarra, 38, was able to grab a rope thrown by first responders, while 35-year-old Ramon Ibarra was thrown out of the choppy waters and rescued from the shoreline.

Rescuers tried to throw the rope to 13-year-old Abigail Arroyo, but she was unresponsive. They did eventually manage to get her out of the water, but it was too late, authorities said. She was later pronounced dead at a Joliet hospital.

Water rescue teams searched for three hours into the night but were unable to find Abigail’s 12-year-old brother.

While the river is too dangerous to search overnight, police officers monitored the dam from the shoreline before resuming at 8 a.m. Tuesday morning.