During an emergency meeting Monday, District 181 in Clarendon Hills, which switched to remote learning while officials made a decision on the ruling, said it would temporarily lift the requirement

More schools made the decision to lift a masking requirement for students following a ruling from a downstate Illinois judge that prohibits districts from enforcing a statewide mask requirement.

During an emergency meeting Monday, District 181 in Clarendon Hills, which switched to remote learning while officials made a decision on the ruling, said it would temporarily lift the requirement.

"We will continue to monitor the status of the case," the district said in a release. "If the rule is reversed or modified on appeal, we will immediately return to a mask mandate."

In Geneva's District 304, which canceled classes Monday while the school decided what it would do, masks will also now be optional.

The state of Illinois filed a notice of appeal Monday challenging the temporary restraining order issued by the downstate Sangamon County judge.

Speaking at a news conference, Illinois Gov. J.B. Pritzker called the ruling by Judge Raylene Grischow "out of step with the vast majority of legal analysis," saying it "cultivates chaos for parents, families, teachers and school administrators."

The judge issued the order preventing enforcement of the statewide mask requirement in schools Friday, explaining Pritzker overstepped his legal authority by implementing such a mandate.

In the ruling issued in response to a lawsuit filed by a group of parents and teachers in more than 140 school districts, Grischow also determined several more of Pritzker’s emergency orders to combat the spread of COVID-19, including one issued last year that mandates vaccinations for school employees, are “null and void.”

Pritzker said he has directed Illinois Attorney General Kwame Raoul to seek to have the ruling overturned "with all possible speed." Raoul filed a notice indicating the defendants - the Illinois State Board of Education, the Illinois Department of Public Health and their leaders, as well as Pritzker - intend to appeal, but the process could take weeks or months.

For millions of Illinoisans, Pritzker said, wearing masks has never been about what was "required by the governor or any other authority."

A downstate judge's decision to halt Illinois' mask mandate in schools has prompted confusion and frustration for parents across the state. NBC 5's Kate Chappell reports.

"Masks are, for most people anyway, have been about doing what's right for yourself, for your loved ones, for others, for your community as a whole," he said. "Nowhere is that more true than in schools, community hubs where parents and grandparents, teachers and staff interact with each other every day."

Continuing his criticism of the ruling, Pritzker claimed Grischow has "created a tremendous amount of confusion" in regard to the way the decision was written.

"As for this specific case, poor legal reasoning should not take one of our most effective tools off the table," he said.

The judge's decision led to uncertainty at school districts statewide over the weekend, prompting administrators to scramble and decide which actions, if any, to take ahead of the start of the school week Monday. 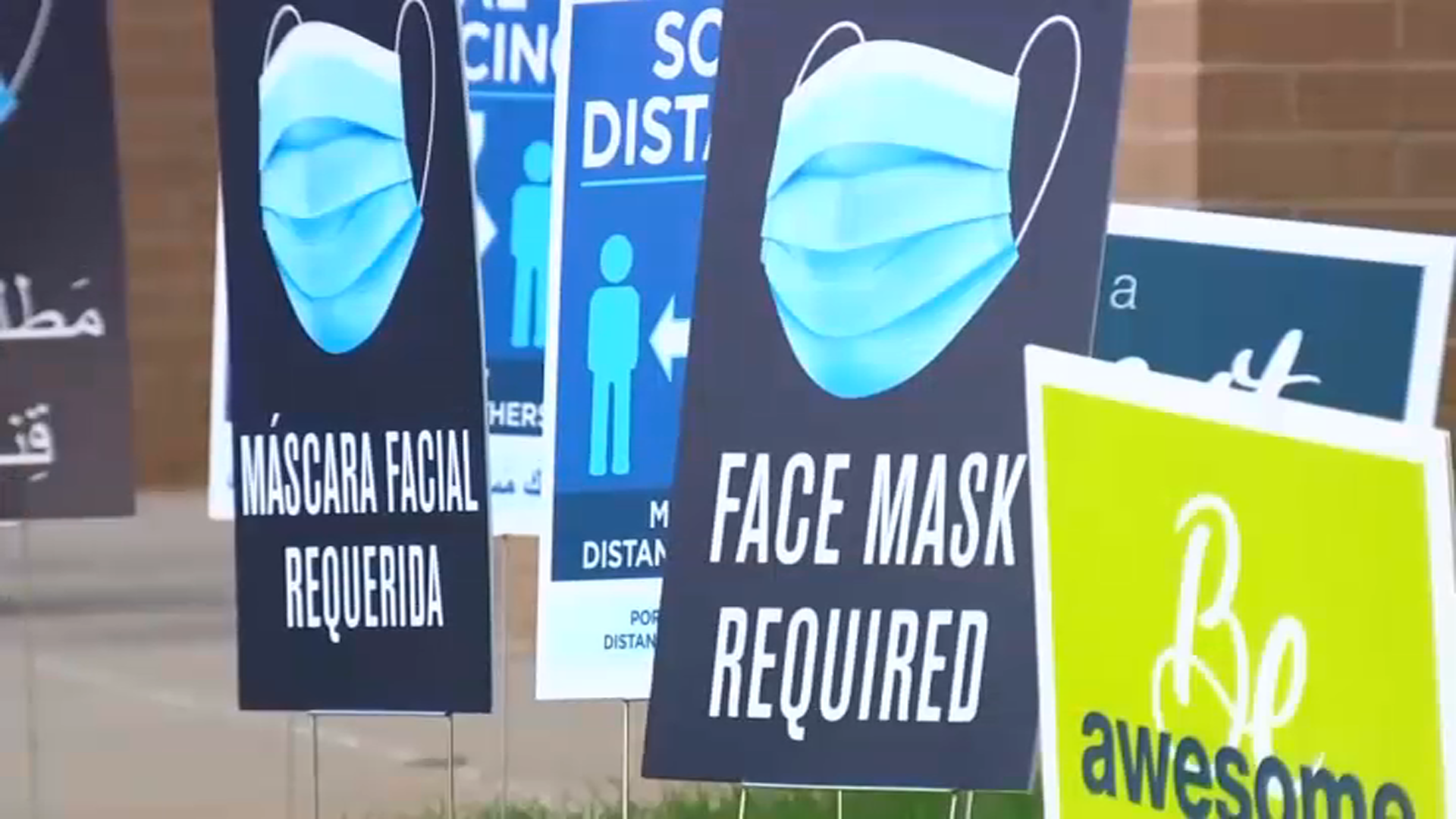 Ruling on Illinois School Mask Mandate Lawsuit: What to Know So Far

At least one district canceled classes altogether, multiple others shifted to remote learning and numerous districts decided to strongly recommend - but not require - masks following the decision.

Others, such as Elgin Area School District U46, opted not to drop face covering requirements.

U46 Supt. Tony Sanders explained the district's school board approved COVID-19 mitigations, including a mask mandate, before the governor's mask requirement in schools was issued, and noted Grischow's ruling "recognizes the independent authority of school districts."

Students named in the lawsuit and those with medical exceptions don't have to adhere to the requirement, he said.

Masks will stay on in other school districts, including Chicago Public Schools, as a mask mandate is included in a collective bargaining agreement between the district and Chicago Teachers Union. Such agreements remain enforceable, according to the ruling.

“The court’s ruling does not prohibit CPS from exercising its authority to continue its COVID-19 mitigation policies and procedures,” CPS CEO Pedro Martinez said in a statement.