School Backs Down on Barring Lesbian in Tuxedo

After stirring up some controversey at her NW Indiana high school, a lesbian teen has been given permission to wear a tuxedo to her prom after all.

The Lebanon, Ind., school district has reversed its policy that barred the student from wearing a tux after the unidentified 17-year-old Lebanon High School senior filed a lawsuit last week. Court filings said she is a lesbian and does not wear dresses because she believes they represent a sexual identity she rejects.

Superintendent Robert L. Taylor said formal attire will be required at the prom, but the requirements won’t be “gender-based.” He said the School Board would have to vote Tuesday to accept the agreement. 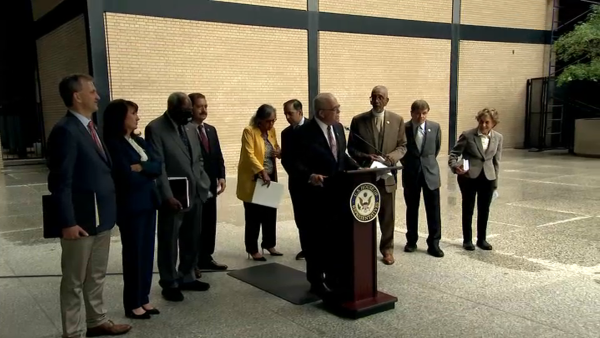 US Postal Service 45 mins ago

American Civil Liberties Union of Indiana legal director Ken Falk, who was the girl’s attorney, told The Indianapolis Star that the teen is pleased with the decision and will attend the April prom in a tuxedo.