Emotions outside the courthouse were high after the verdict was announced Friday afternoon, but the scene was generally peaceful.

Loved ones of Jacob Blake expressed outrage following the not guilty verdict in Kyle Rittenhouse's murder trial Friday with one relative referring to the ruling as a
"terrible, tragic injustice."

"This just isn't an attack on African Americans... You can sit back and say it's not your people and it's not us and let the first domino fall, but this is a direct attack on our democracy..." Jacob's Blake's uncle, Justin, told NBC 5's Phil Rogers in the minutes following the announcement.

Rittenhouse was charged with killing two men and wounding a third at protests in Kenosha last year prompted by the shooting of Blake, a 29-year-old Black man, by police.

Blake was left partially paralyzed after an officer shot him seven times in the back while responding to a reported domestic disturbance. Blake had been fighting with officers and had a knife. The county prosecutor later declined to charge the officer.

When unrest erupted following the shooting, Rittenhouse and other armed men said they went to Kenosha to protect private property. 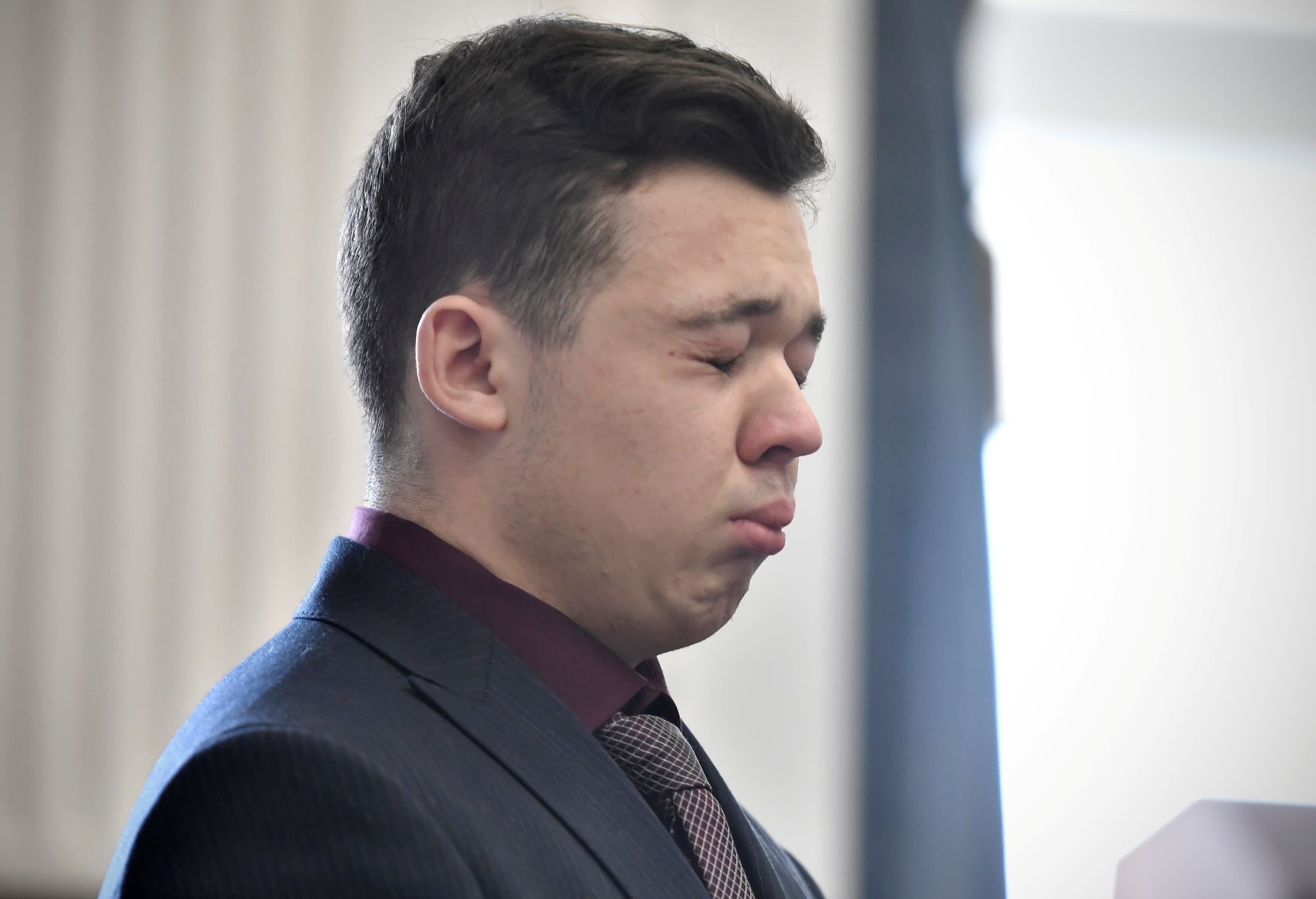 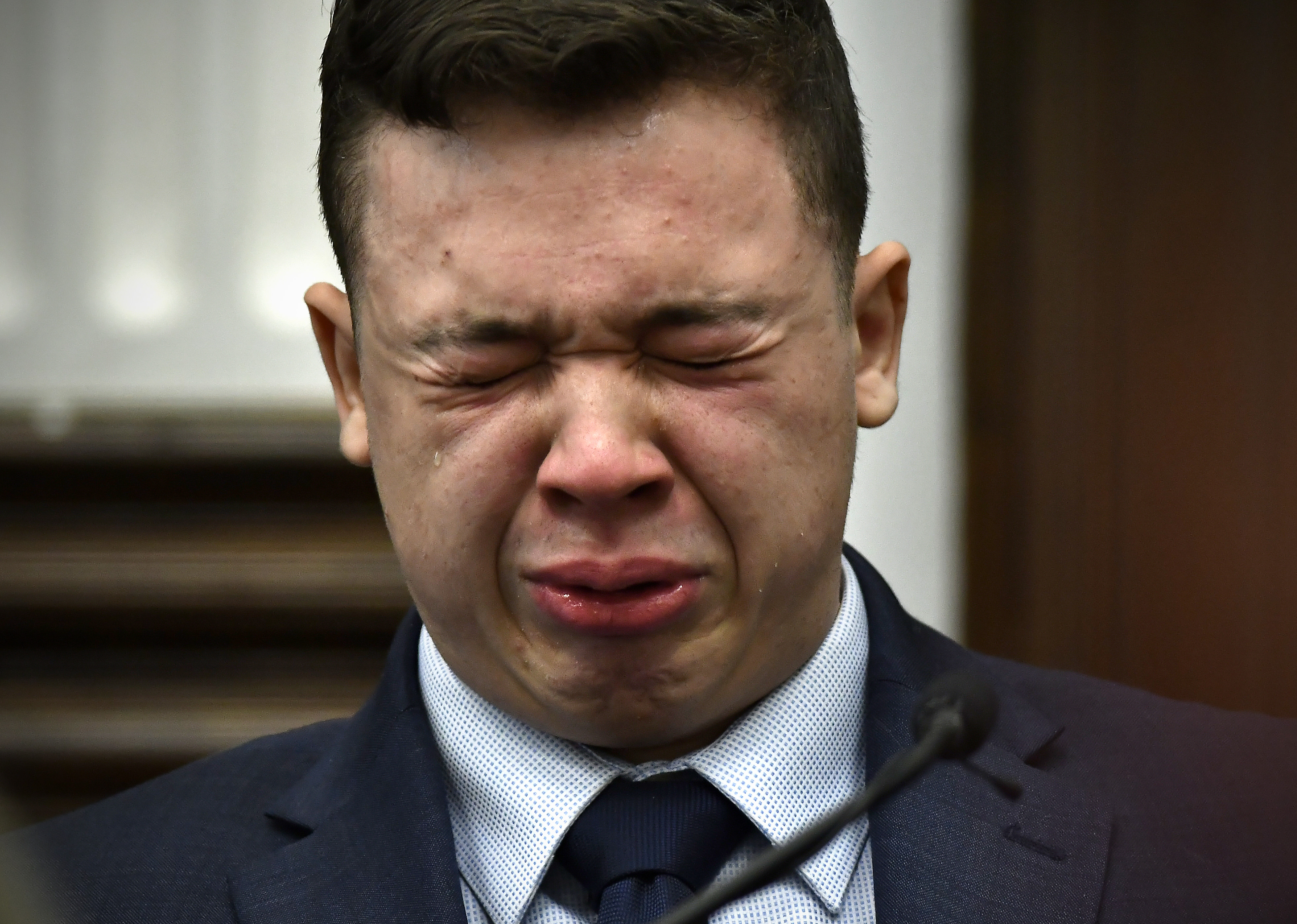 Were the Tears Real? Defense Attorney Answers Questions on Rittenhouse Testimony After Verdict 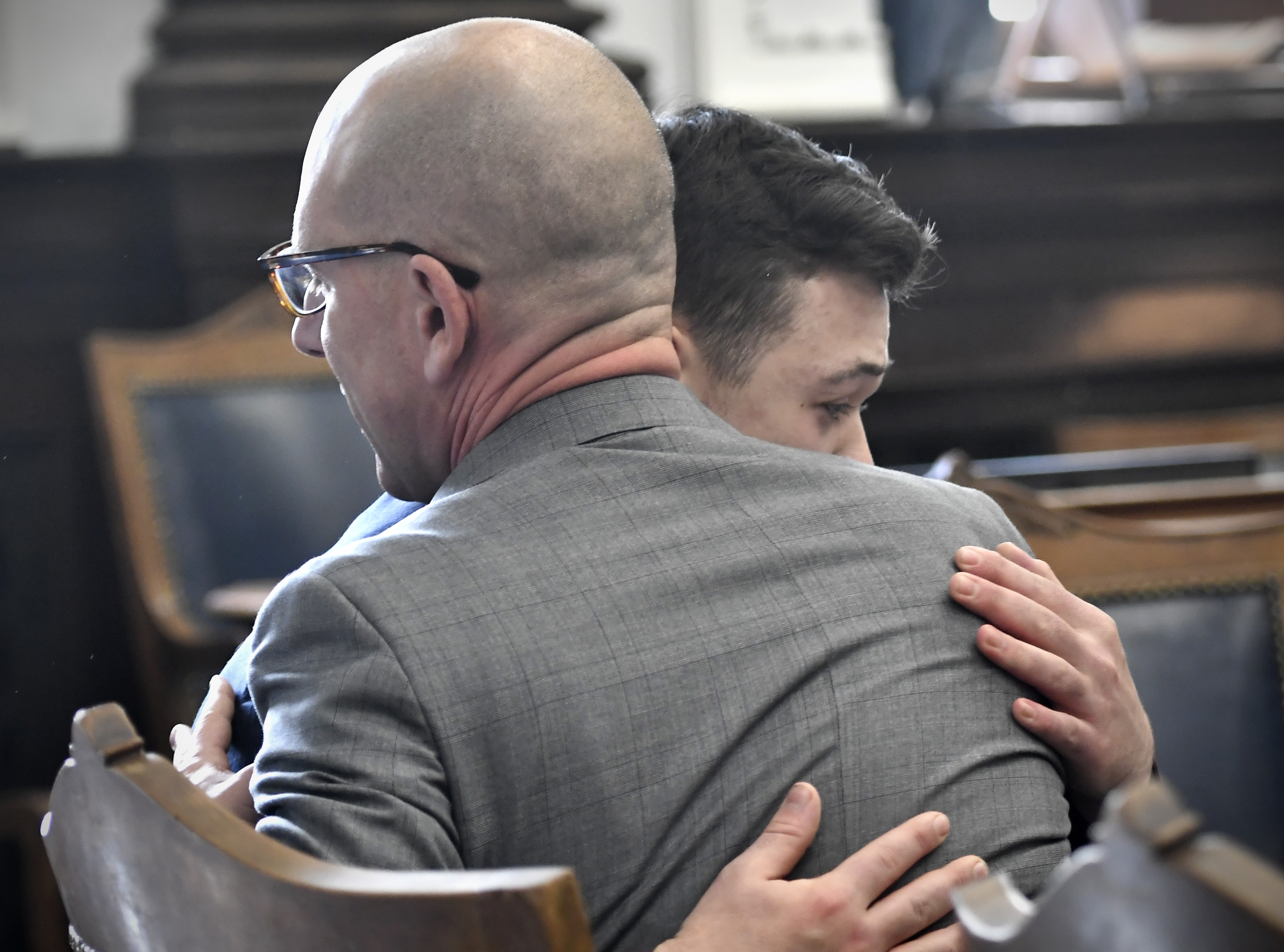 Kyle Rittenhouse Has Been Acquitted on All Charges. What's Next For Him?

Rittenhouse claimed he acted in self-defense when he shot and killed Anthony Huber, 26, and Joseph Rosenbaum, 36, who were not armed at the time. Gaige Grosskreutz, now 27, who was injured after being shot by Rittenhouse, came toward the teen with a pistol in hand.

Blake's relatives, however, have disputed Rittenhouse's argument of self-defense.

Emotions outside the courthouse were high after the verdict was announced Friday afternoon, but the scene was generally peaceful.

Prominent activists and organization have similarly expressed anger following the decision, with the NAACP calling the verdict a "travesty."

"The verdict in the Kyle Rittenhouse case is a travesty and fails to deliver justice on behalf of those who lost their lives as they peacefully assembled to protest against police brutality and violence," a statement from the organization read. "Rittenhouse's decision to go to Kenosha and provoke protestors was unwarranted. Moreover, the outcome of this case sets a dangerous precedent."

National civil rights attorney Ben Crump said the case has "pulled back the curtain on the profound cracks in our justice system - from the deep bias routinely and unabashedly displayed by the judge, to the apathy of officers who witnessed Rittenhouse's crimes and did nothing."

"If we were talking about a Black man, the conversation and outcome would be starkly different," he said.

While urging people to remain peaceful as they protest the verdict, Justin Blake stated, "Our voices are going to be heard all over America."