When more than 70 shots rang out onto Highland Park's Independence Day parade, the response by the community's fire department was immediate. After all, they were already on the scene as part of the parade.

"We ultimately saw it was a shooter on the roof," said Joe Scharge, chief of the Highland Park Fire Department. "You don't expect it in your own community."

Scharge told NBC Chicago that the majority of firefighters on their rigs at the parade were off-duty in plain clothes.

"We are going to run towards the fire," Scharge said, "run towards whatever we need to do to make things better or stabilize the situation."

Seven people were killed in the mass shooting and dozens more were wounded. The gunman escaped and drove to Madison, Wisconsin, where he "seriously contemplated" but did not carry out another attack, officials said. He later was arrested in his car and has been charged with seven counts of first-degree murder. 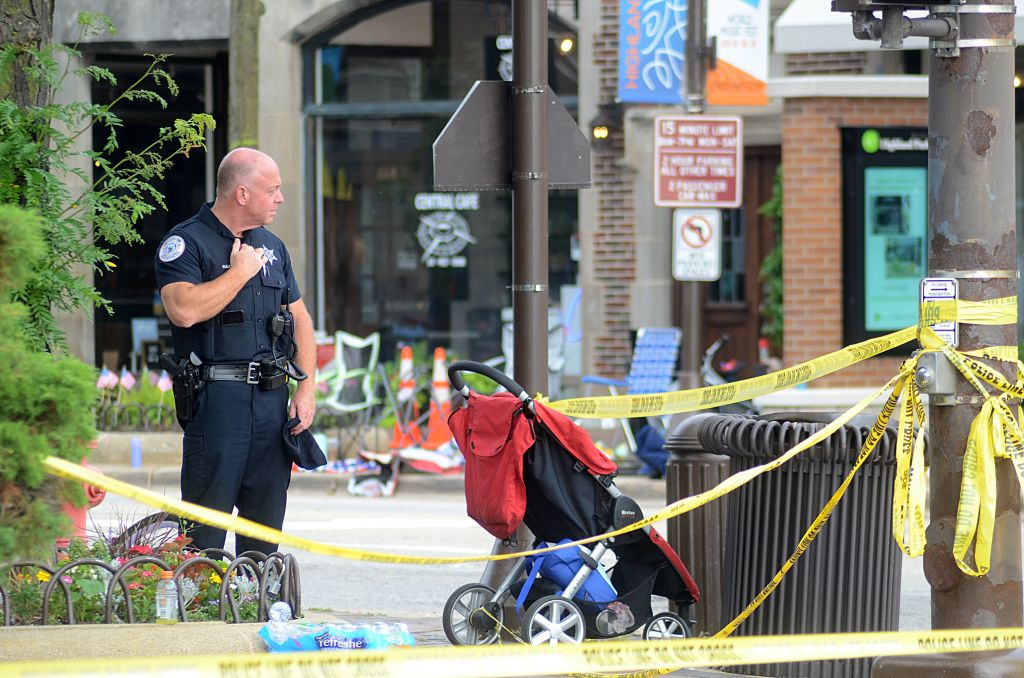 But at the time little was known about the situation. It wasn't clear if the shooter was still around, or if another barrage of fire would rain down once again.

As news continued to unfold, the Highland Park Fire Department worked the scene. Leading their efforts was a team of emergency dispatchers that answered more than 400 calls on Monday and directed help where it was needed.

"They are living that event before the first help is on scene," Brent Reynolds, director of Public Safety Support Services, said.

At the end of the day, a team of 25 dispatchers handled the load of calls, the vast majority of whom came in on their time off.

Reynolds said the decision to work that day is one that does not go unnoticed. The team's commitment to their community, he said, was clear on July 4.

"They are reporting for work," he said. "They are supporting each other. They are still taking calls relating to this incident four days later."

Spectators were hurt either by gunfire or the chaos that ensued. Firefighters applied tourniquets to dozens of people, stopping the bleeding and buying the wounded more time.

"Our crews had that response time from leaving the scene, dropping off the patient and back in seven minutes. That crew actually did that three times," Scharge said.

It was a coordinated effort between Emergency Services and their dispatchers, working to save lives that afternoon.

"They are our family and we are going to treat them just as we would our own," Scharge said. "There isn't an emergency that we aren't going to jump for it and do our best efforts and make sure that we keep them safe allow them another opportunity to be with their family."