Hundreds of Lake County homeowners are once again facing the real prospect of a very specific “not-in-my-back-yard” issue.

A new tollway---which would run literally through their back yards.

“Fifty years ago it was introduced as a true regional people mover and a road all the way to the state line,” says Hawthorn Woods mayor Joseph Mancino. “It’s become a 12 mile road to nowhere!”

He’s right about the timeline. The state began slowly acquiring a long strip of land in the early sixties for a new road which would extend Route 53 from the point where it currently ends at Lake Cook Road. Over the ensuing decades, there have been various plans, all shelved, to build that road. 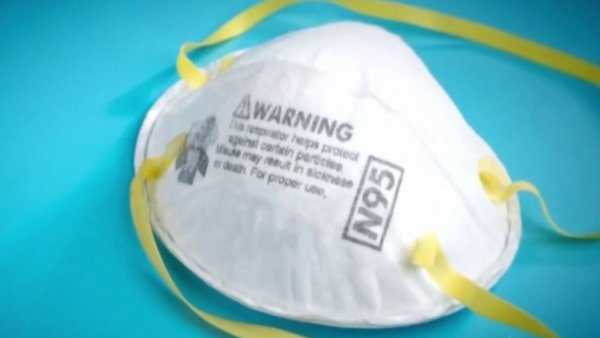 ‘Her Life Did Matter:' Girl, 8, Killed by Stray Bullet in Little Village

Now, the idea is being dusted off again. The Illinois Tollway Authority and IDOT have launched a $25 million study to determine how best to relieve traffic congestion in the region---including the proposed new tollway.

Problem is, over the years, hundreds of families have built houses right up to that long strip of vacant land. And a new road, much of which would be elevated, would run next to and in some cases---above---their homes.

“While they’ve tried to get approval for this road for 50 years, they have not been able to build a consensus for it, they have no money for it, yet they’re trying to crowbar this solution into a modern day problem,” says Mancino. “And it simply won’t work!”

Pointing to the vacant area behind his house, now planted in soybeans, resident Larry Friedrichs agrees.

“The centerline for the proposed Route 53 is right behind my house,” Friedrichs says. “The previous couple of environmental impact studies have both said it shouldn’t be built, and now here we are, 50 years later, doing the same dance again!”

Officially, the state has only launched an initiative called the “Tri-County Access Project”. Suburban communities have been invited to join a study group, to determine how best to proceed with efforts to alleviate the infuriating traffic congestion which plagues Lake County. Tollway Authority officials insist the Route 53 extension is only one of many solutions being explored, and that the so-called “no build” option is among those solutions.

But Mancino says he believes the deck is stacked. In a letter to the tollway, he declared that his community will not sign on as a member of the stakeholders’ group, because of agreements he believes would tie Hawthorn Woods to any future agreements without genuine input.

“The operating agreement requires stakeholders to pledge, in advance, they will reach a general understanding of agreement on solutions that might emerge from the study,” Mancino wrote, noting that the agreement gives only IDOT and the Tollway Authority the final say.

“Taken together, these provisions require participants to commit up front to supporting the state’s proposals as a condition of participating,” he says. “This is untenable.”

Mancino refers to the study as a $25 million public relations campaign, not a genuine effort to reach consensus. And he says he’s suspicious that entities like Kenosha County in Wisconsin have been invited to join, in an effort to dilute opposition.

“It is just setting the stage for only one option,” he says. “And that is to build this road!”

The Tollway insists the study is genuine and that everyone is approaching the issue with an open mind.

“The viewpoints of every SPG member will be heard equally throughout the process,” Elizabeth Gorman, the Tollway Authority executive director told Mancino in a letter this week. “All stakeholders are encouraged to express their convictions by participating in the process---participation is not contingent on a signed document.”

Tollway officials would not grant an interview to NBC 5 on the issue. But a suggestion to speak with Linda Soto, the Executive Director of the Lake County Transportation Alliance, received an enthusiastic response.

“Do we need a tollway or a road extension---absolutely,” she said. “What that road is going to be, that study will determine.”

Soto says she understands the concerns of the Hawthorn Woods residents. But at the same time, she pointed to the traffic issues faced by her own community further to the north.

“I respect his opinion,” she said. “We have a lot more middle income working class that need these roads!”

Hawthorn Woods is not the only community which would potentially be impacted by a Route 53 extension. Residents of Long Grove, for example, also have built right up to the vacant strip. And environmental groups say taking the road through protected wetlands could be a potential disaster.

For his part, Mancino argues other highway solutions should be explored, and haven’t been, because officials are enamored with the idea of a new tollway which has foundered each time it has been explored.

“All these local roads, all these ideas to help traffic congestion have been held hostage,” he says, “waiting on the hope that this pipe dream might someday be built!”