The Rockford IceHogs managed to stave off elimination on Thursday night as Victor Ejdsell scored a pair of goals, including the overtime winner in a 3-2 triumph over the Texas Stars.

Ejdsell, the centerpiece of the midseason trade that sent former Chicago Blackhawks forward Ryan Hartman to Nashville, scored six minutes into the game to give the IceHogs the lead, and then scored two and a half minutes into overtime to help Rockford nab its first victory of the series.

The goals were Ejdsell’s sixth and seventh of the postseason, and his overtime goal was the third game-winner he has scored in the playoffs.

Luke Johnson scored the game tying goal for the IceHogs with seven minute sleft in regulation to force overtime. Travis Morin and Matt Mangene both scored goals for the Stars in the losing effort. 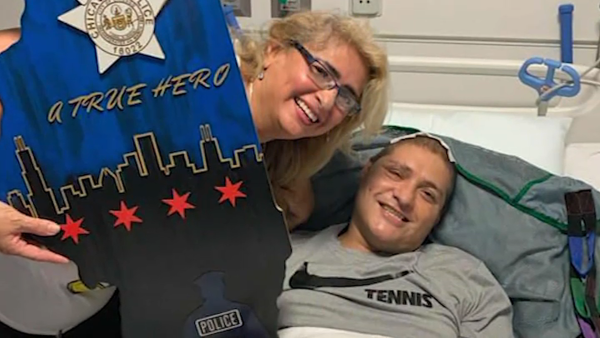 Unfortunately for the IceHogs, they still trail the best-of-seven series by a three games to one margin, but they will have a chance to stay alive again Friday night as they welcome the Stars back to Rockford for Game 5.