The Epix original series “Road to the NHL Winter Classic” debuted its second of four episodes on Tuesday night while the Chicago Blackhawks were getting kicked around by the Winnipeg Jets in a 5-1 loss at the United Center.

This episode featured plenty of light-hearted family moments, but at the end of the hour, the filmmakers focused the attention on the passing of Blackhawks assistant equipment manager Clint Reif.

If you want to catch the episode on Demand, you can sign up for a free trial of Epix’s online service, or you can watch live on the network at 9 p.m. Central on Tuesday nights. The show can also be streamed online at NHL.com.

If you missed the episode, here is what you missed: 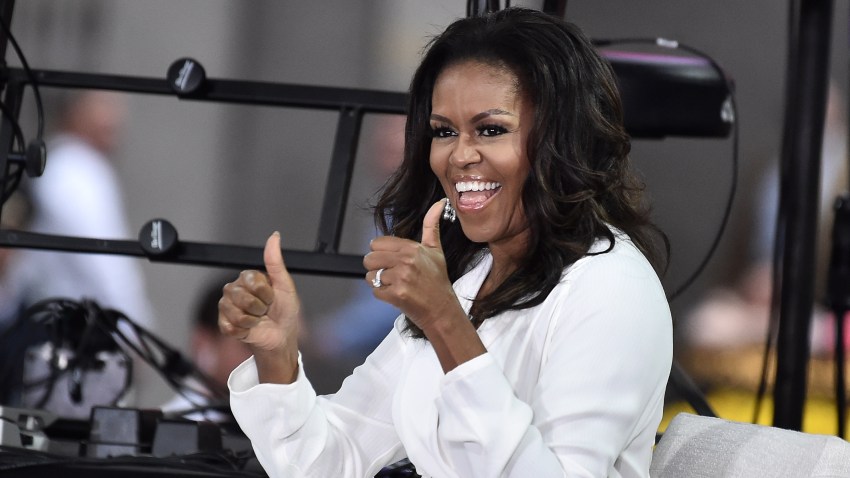 -Early on in the episode, Capitals head coach Barry Trotz is talking during the team’s family day skate at their practice complex. During his comments, he utters one phrase that is particularly important to remember: “These moments that go by…you don’t get back.”

We’ve all heard it a million times. Live life to the fullest every day, because you don’t know which day will be your last. We hear these things, but as the episode wears on, the theme of spending time with family is emphasized repeatedly. Trotz bringing his son Nolan onto the ice to skate. Karl Alzner bringing his four-day old daughter out for the party. The Blackhawks having their holiday party, and numerous players bringing their kids to the event.

This family theme hits home hard when one thinks about the family that Clint Reif left behind. His wife and four young kids have had their entire world flipped upside down by this tragic event, and it’s heart-wrenching to watch these scenes of players and their families and know that Reif's kids, and his wife, won’t be able to make any more of these memories with their father and husband.

This knowledge makes the final eight minutes or so of the episode even tougher to watch. As the Hawks are participating in an event at Navy Pier for season ticket holders, Reif is back at the United Center, packing up gear for the team’s trip to Columbus. In the video he’s diligently going about his work, describing how tightly he has to lace Duncan Keith’s skates and goofing around when talking about guys like Kris Versteeg and Andrew Shaw.

Reif is portrayed as a man that clearly loves his job, and values the close-knit bond he shares with the players, coaches, and other equipment staff. You have to know that love and loyalty was extended to his family too, and that’s what makes the knowledge that he passed away over the weekend even more unbearable.

To their credit, Epix handled Reif’s passing really well on the show. They ended the episode with Joel Quenneville speaking about the situation, tears welling up in his eyes. Instead of providing a teaser for the next episode, Epix showed a picture of Clint doing the job that he loved doing, and went into credits with no music playing.

Hockey is a big deal to guys like Reif and the players and coaches, but life is a far more precious and fleeting thing. This episode was a tremendous reminder that even though we go through our lives assuming that tomorrow will come, it doesn’t always work out that way.

-There were plenty of lighter-hearted moments in the episode, and Shaw was one of the stars. His penchant for trash-talking during practice (“SUCK IT CROW” was a particularly memorable line as he razzed Corey Crawford) and his philosophy toward the game were both featured.

One notable scene occurred when Shaw was hit hard in the head by Nate Prosser of the Minnesota Wild. As he came back to the bench, he complained about getting hit in the head, and the Hawks’ doctor told him he had to go back to the quiet room for evaluation. Shaw fought it initially, and looked to Quenneville to put the kibosh on it, but the coach said nothing, and he angrily stormed off the bench and into the locker room.

-Speaking of Quenneville and Trotz, both coaches had funny moments in the episode. After a win over the Columbus Blue Jackets, the Capitals’ locker room was a raucous scene full of silly antics by the players. As Trotz left the room, he asked the guys to remain professional, then the follicle-challenged coach dead-panned “No wonder I lost my hair.”

Quenneville did bring back his “PEANUT BUTTER” exclamation after a goal against Columbus, and he also obliged a fan at the season ticket holder event at Navy Pier by taking a “serious” picture on her camera.

Oh, and apparently he does call Bryan Bickell “Pickles.”

Stats from the Episode (Cumulative Numbers in Parentheses)

Goals Scored (Game play only, not including shootout)