Both candidates in the race for the U.S. Senate, Sen. Mark Kirk and Rep. Tammy Duckworth, have embellished stories about where they were and who they were with during the 9/11 terrorist attacks in 2001, the Chicago Tribune reports.

Both candidates in the race for the U.S. Senate, Sen. Mark Kirk and Rep. Tammy Duckworth, have embellished stories about where they were and who they were with during the 9/11 terrorist attacks in 2001, the Chicago Tribune reports.

According to the report, Kirk said he was at a meeting with Defense Secretary Donald Rumsfeld when a second plane hit the World Trade Center in New York, at which point those in the room realized the country was under attack. But it turns out Rumsfeld learned of the second attack on New York during a separate meeting.

Kirk was meeting with Rumsfeld and other members of Congress that morning about defense spending when the first plane hit the World Trade Center. However, a 2004 report of the 9/11 Commission gave a contradicting account of where Rumsfeld was when the second plane hit, claiming he left the meeting with Kirk before he was informed of the second plane. 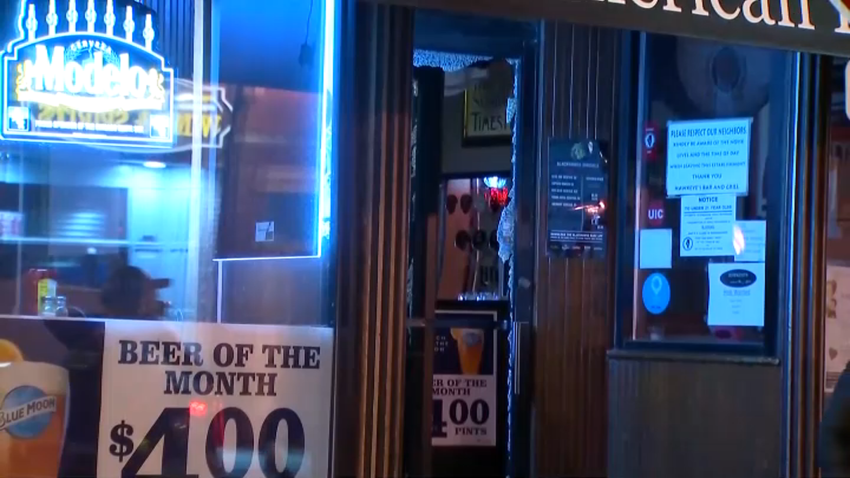 ATM Stolen From Business on the Near West Side

However, the day after the attacks, Kirk told the Tribune that the Rumsfeld meeting was interrupted when an aide handed the defense secretary a note. Although Kirk said Rumsfeld allowed the meeting to proceed, he suspected the note was about the second plane hitting the World Trade Center.

After winning the U.S. Senate seat previously held by President Barack Obama in 2010, Kirk claimed Rumsfeld broke up the meeting after being informed that a second plane had hit the World Trade Center.

This week, Kirk’s campaign said Kirk attended the first meeting with Rumsfeld as a member of the House Armed Services Committee and by the time it was over, two planes were involved in New York. However, the senator's campaign manager, Kevin Artl, did not address whether Kirk was still in Rumsfeld’s presence when the second plane hit.

Kirk came under fire during his initial bid for the Senate in 2010 for embellishing his military record by saying he served in the Gulf War and once commanded the Pentagon war room, among other things. He ultimately apologized for the misstatements, the Tribune reported.

Additionally, as part of a 2013 interview for the Army that was used in an "educational" package on female patriots, Duckworth suggested she was at Midway Airport in Chicago with a Black Hawk helicopter unit during the attacks, the Tribune reports. That account conflicts with a 2011 Time Magazine interview wherein the congresswoman said she was backpacking in Scotland with her husband and younger sister.

This week, Duckworth, who lost both her legs piloting a helicopter over Iraq in 2004, clarified the conflicting accounts, noting that she was in Scotland during the attacks, the Tribune reports. However, according to the report, military records show Duckworth was assigned as a company commander in the 106th Aviation Regiment at Midway as of December 2000.

The congresswoman told the Tribune she was “not trying to obfuscate” her whereabouts on the historic day, but acknowledged she didn’t know “if there’s anything recently” in which she described herself as being in Scotland that day.

She claimed she was referring to her unit being in Chicago at the time, noting, “Maybe it’s because it’s more Army lingo when you think of the unit as you, and all I was saying is that here we were in Chicago."