At a press conference held at the James R. Thompson Center Tuesday, Gov. Bruce Rauner announced plans to hold a public auction to sell the iconic Chicago building that he deemed "ineffective and inefficient for taxpayers."

Rauner intends to close down the State of Illinois building and sell it to a private developer to construct a new building. 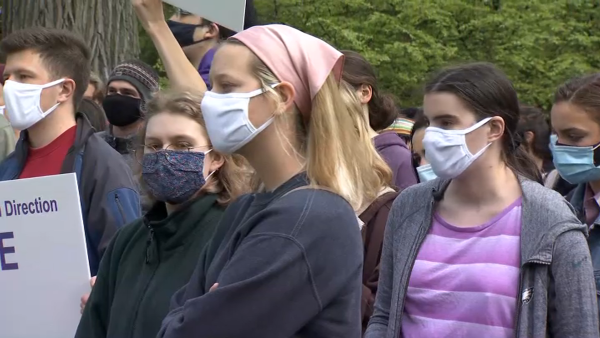 Northwestern AD Mike Polisky Steps Down Amid Controversy Over Promotion

The new building that would occupy 100 W. Randolph St. could generate up to $20 million per year in taxes, according to Rauner. As it stands now, the Thompson Center does not generate tax revenue for the city of Chicago. Rauner also touted the possible creation of 8,000 construction jobs with the new building.

Construction of the 17-story Thompson Center, designed by architect Helmut Jahn, was completed in 1985. In recent years, Illinois' budget crisis has left the building functional, but in disrepair.

Despite the role of the budget stalemate in the closing of the center, Rauner insisted Tuesday that it was a "good management move" no matter the financial state of Illinois.