Gov. Bruce Rauner took the carrot-and-stick approach during his budget address to state lawmakers Wednesday, promising a billion dollar tax cut to the people of Illinois a month before the GOP gubernatorial primary in exchange for comprehensive pension reform.

“Our guiding principle is this: Spend only the money we have, and don’t increase the tax burden on the people of Illinois,” Rauner told the Illinois General Assembly after meeting wit hthe legislature's four top leaders for the first time in 14 months.

But the governor’s proposed reforms have already sounded the alarm with groups like the Chicago Teachers Union, part of whose pensions costs would be shifted away from the government to their school districts if the governor gets his way. 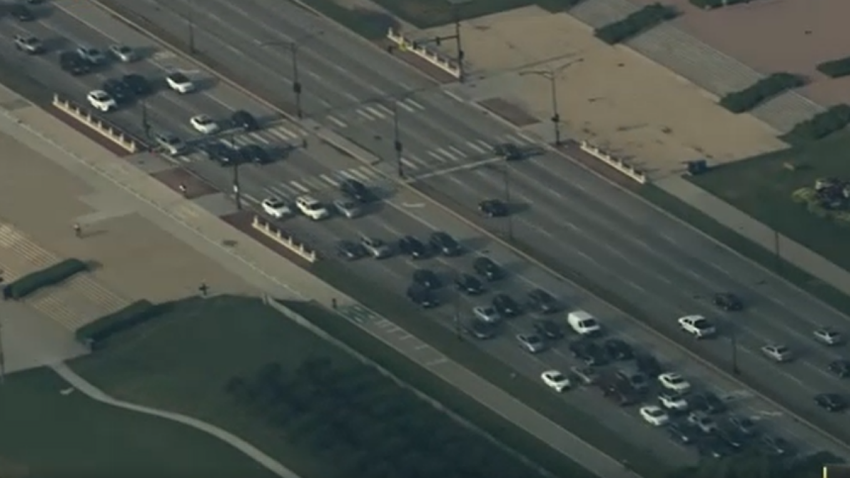 All told, the governor’s budget contains $37.6 billion in spending. Of that figure, $1.3 billion is expected to come the cost relief of shifting pension burdens onto Illinois school districts.

While House Minority Leader Rep. Jim Durkin praised the governor for “a fair, reasonable and balanced budget,” Senate Preisident John Cullerton said the budget was about $1.5 billion short of that mark.

In the Democrats' official response to the budget address, state Rep. Greg Harris accused Rauner of pursuing “a pension scheme that would take more than one billion dollars out of our classrooms.”

At the same time, House Speaker Michael Madigan has suggested in the past that such a maneuver is inevitable and “going to happen.”

On top of that, while Rauner has promised to cut property taxes on the campaign trail and for years prior, the Chicago Tribune pointed out “his budget would result in school districts raising property taxes to pay for the teacher pension costs he wants to offload on them.”

State Rep. Jeanne Ives, Rauner’s rival for the Republican primary nomination, slammed the sitting governor in a statement for presenting a budget she said would “make the 32 percent income tax hike permanent and raise property taxes.”

In a statement, Democratic frontrunner and billionaire J.B. Pritzker attacked the plan for the “devastating impact” it would have on the people of Illinois.

“Today, we saw a failed governor propose another unbalanced budget as he doubles down on his all-out assault on workers and the social services they need to build better lives,” he said.

Democratic gubernatorial candidate Daniel Biss's campaign accused Rauner of pushing tax burdens onto the middle class. In a statement, the state senator said Rauner had “abdicated responsibility in favor of advocating for himself and his wealthy friends, and today's budget address shows he's willing to put our state through another hostage negotiation in order to keep the status quo.”

“He is so out of touch with how families across Illinois live, he even complained about his own utility bills for his taxpayer-funded mansion while thousands can barely afford to heat their homes this winter,” the campaign said in a statement.

The governor’s budget won’t be going anywhere soon without support from Madigan’s Democratic supermajority in Springfield. But if the two years Illinois went without having a budget shows anything, it’s that the two political nemeses are no strangers to waiting.