In the event that shortages occur, Gov. J.B. Pritzker said he has offered all available state resources

City employees face a deadline of Friday to visit a health information portal and give information on whether they've received the COVID-19 vaccine.

Bi-weekly testing will be permitted until the end of the year, after which time the employees will either have to be fully vaccinated, or have a valid exemption from getting the shots.

Calling the vaccine mandate an "illegal order," John Catanzara, president of Chicago's chapter of the Fraternal Order of Police, is urging union members to document any refusal to fill out information on the vaccine portal, and says that the union will “deal with it” as the mandate goes into effect.

The decision puts the union on a collision course with city hall as Lightfoot is sticking by her order that all employees report vaccination status by midnight.

Catanzara has predicted a significant drop in police manpower levels this weekend, saying "I guarantee you at least half the department staying home come Saturday morning." 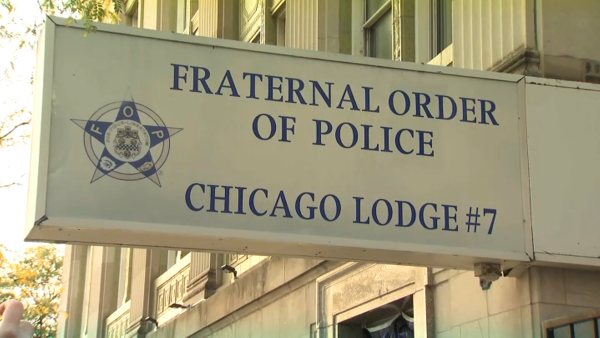 In the event that shortages occur, Pritzker said he has offered all available state resources, including the Illinois National Guard, but the city of Chicago has yet to accept.

Lightfoot said she does not expect shortages of officers, but explained there are contingency plans in place.

Lightfoot dismissed statements made by Catanzara that up to 50% of the city’s police officers would not comply with the mandate, leading to potential staffing issues in coming days, adding that a refusal to comply with the mandate and to provide the required information would be seen as an act of “insubordination,” and a refusal of a legal directive.

"I don't want to get into all the details of the contingency plan, but the state police have been incredible partners with us, particularly over these last two years, so if there's a need for us to lean into those resources, then we will," she said.

In remarks following Thursday’s City Council meeting, Lightfoot said that the city will not begin to put employees on “non-disciplinary no-pay status” for several days following the start of the new mandate, allowing officials to determine whether the employees are not in compliance with the directive. She added that Friday’s deadline is a reminder that they are serious about enforcing the measure.

“Tomorrow’s a real day, and our expectation is that people will comply,” she said.