Police are urging the public to stay away from downtown Highland Park as authorities search for the person responsible for a shooting during the Independence Day parade in the north Chicago suburb.

At least 26 people were shot and 6 were killed Monday morning in the shooting at Highland Park's Fourth of July parade, officials confirmed.

The shooting happened just after 10 a.m. when a gunman opened fire on the downtown parade.

Highland Park police described the shooter as a white man between 18 and 20 years old with a small build and longer black hair. He is wearing a white or blue T-shirt, according to Highland Park Police Cmmd. Chris O'Neill.

People are asked to avoid the area as the search continues.

A gun was recovered at the scene of the attack, but the suspect should still be considered armed and dangerous, investigators said.

"The Illinois State Police is currently assisting Highland Park PD with an active shooter situation that occurred at the Highland Park Parade," police tweeted. "The public is advised to avoid the area of Central Ave and 2nd St. in Highland Park." 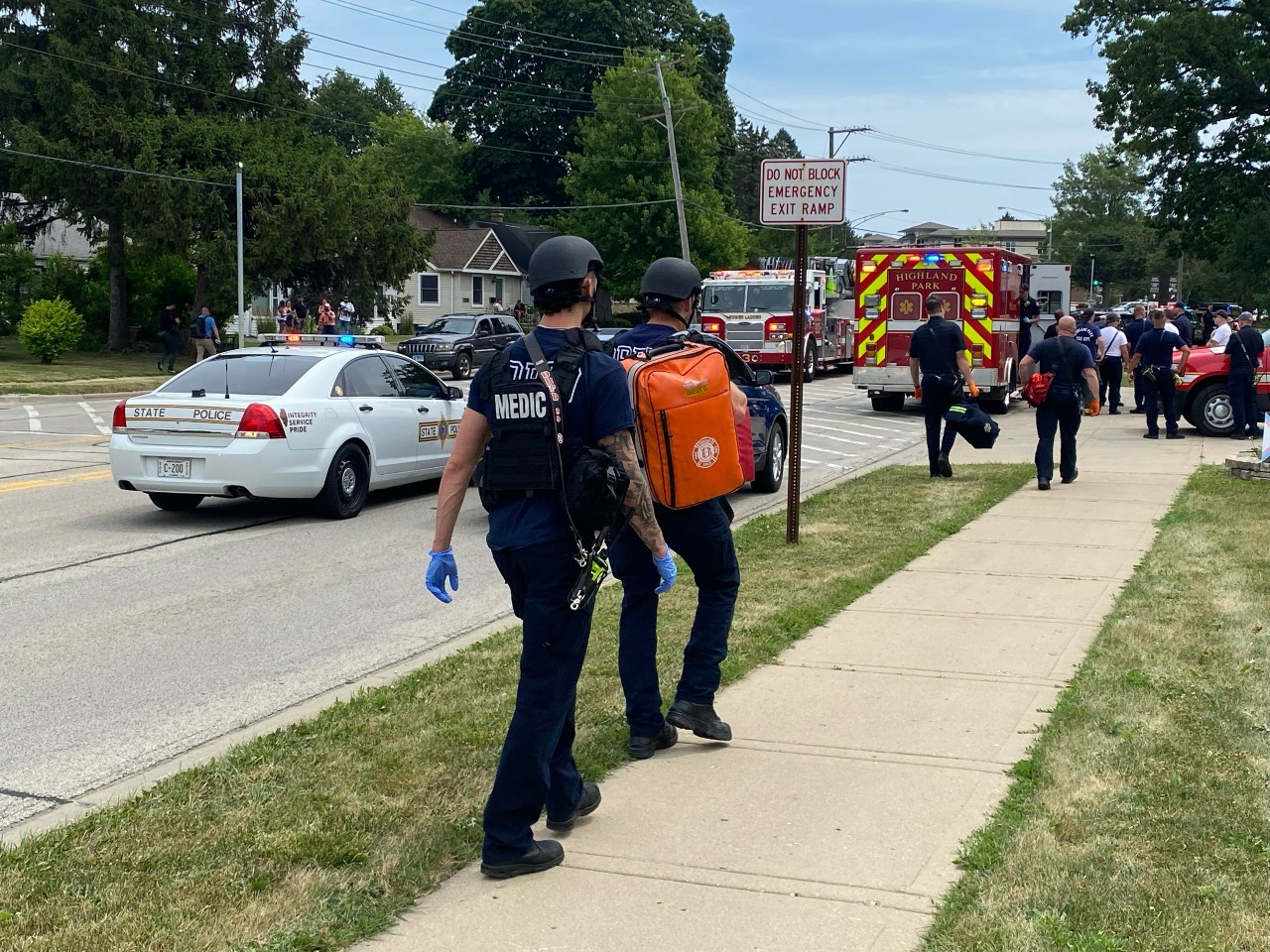 Larry Bloom, who was at the parade when shots began, said at first spectators thought the "popping" sound was part of the parade.

Witnesses recalled a chaotic scene Monday when a shooting erupted at the Fourth of July parade in Highland Park, leaving at least six people dead and more than two dozen others with injuries. NBC 5’s Lisa Chavarria reports.

The city of Highland Park also urged people to avoid the area.

Streets were cleared along the parade route, as well as in nearby Glencoe, according to local reports.