With a frantic search still underway, police say they continue to focus on the home where a missing Crystal Lake child was reportedly last seen.

Authorities said their investigation so far has shown no evidence of an abduction and they remain centered on anyone who may have seen or had contact with the boy in the last hours before he disappeared.

The child's mother "continues to be uncooperative with police," authorities said. His father, Andrew Freund Sr., did speak with police Saturday afternoon, they noted. 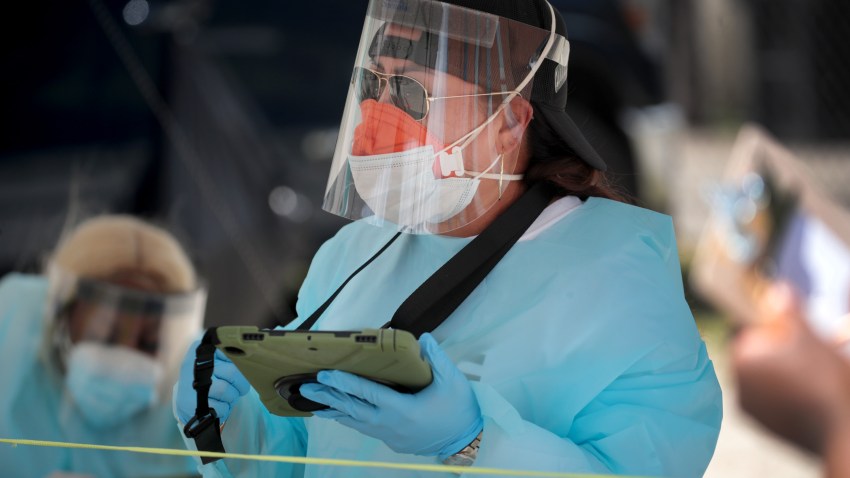 "Investigators are continuing to review evidence, leads, and tips as they become available," Crystal Lake police said in a statement. "There has been no arrest in this case at this time."

It has been four days since 5-year-old Andrew "AJ" Freund was reported missing. Police said his parents last saw the child Wednesday night, when they put him to bed.

Around 1 p.m. Saturday, undercover police officers arrived at the family's home, and announced that they had a warrant. The officers were seeking the elder Freund’s help in finding the missing boy, and after a short time he got into the back of a police car, without handcuffs, and left the home.

On Sunday, he spoke to NBC 5 momentarily outside his house, telling reporters he was retracing AJ's steps.

“I have no control over what people think,” Freund Sr. said. “I just want my son to come home, OK?”

On Friday, officials revealed that the Illinois Department of Children and Family Services had taken the boy’s younger brother into custody, and documents released revealed a troubled history for the suburban family, including allegations of neglect against the missing boy, whom authorities say was born with opiates in his system.

A vigil was held at Main Beach in Crystal Lake on Saturday night, where residents lit candles and prayed for Aj's safe return.

"I just think everyone is trying to come together, and hopes for the best outcome," Happy Hour Yoga owner Nancy Meyers said.

Neighbors have left stuffed animals and even an Easter basket on the family's front lawn.