Murder Suspect Still on Run After Chase Ends in Crash

There were three police chases overnight

A murder suspect is still on the run after a police chase that stretched from Chicago’s western suburbs to the city Wednesday night.

The suspect managed to escape authorities after the pursuit ended with the stolen vehicle crashing into a garden apartment.

At 9:43 p.m. Illinois State Police started chasing the driver, accused of drug-induced homicide, eastbound on the Eisenhower in suburban Lombard.

Just after 9:50 p.m. Lombard police first responded to the chase when a Chicago Police Department cruiser got into accident with another car at the intersection of Congress Parkway and Levitt. Both officers were taken to Stroger with non-life threatening injuries.

The driver then led the officers all the way into the city. A Twitter user who was listening to the chase on a police scanner put together a map of the lengthy pursuit:

After taking the Eisenhower to Chicago, state police confirm the driver went 80 mph up Lake Shore Drive to Sheridan, then over to Ashland Avenue before heading back south.

It was here at Ashland and Berteau that an ISP cruiser nearly rear-ended the fleeing driver, sending it into a Nissan that then crashed into a nearby garden apartment building. 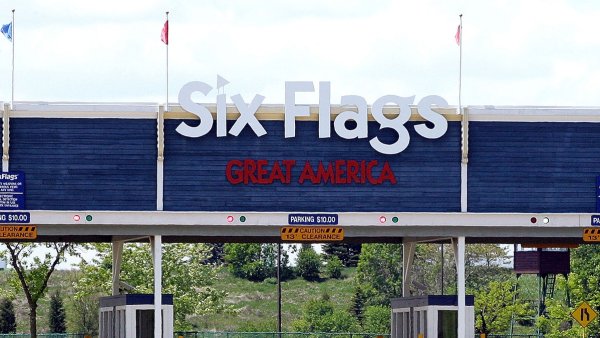 At 10:30 p.m. and Ashland and Roosevelt, state police had to drop the pursuit, citing that it was too dangerous to continue. Chicago police soon called off the chase too, and the driver got away.

Police say they know the suspect they are looking for.