Phase 1B Plus: Everything We Know About Illinois' Expansion of Phase 1B COVID Vaccinations

Known as Phase 1B Plus, the current phase of Illinois' COVID vaccine rollout will soon expand to include people with certain high-risk medical conditions and comorbidities

Illinois' Phase 1B is about to change as the state opens up eligibility to a much larger group of residents.

Known as Phase 1B Plus, the current phase of Illinois' COVID vaccine rollout will soon expand to include people with certain high-risk medical conditions and comorbidities.

But that won't be the case everywhere.

Here's what we know so far about the expanded Phase 1B, set to begin on Feb. 25:

Who Will Be Eligible Under Phase 1B Plus and When?

Beginning Feb. 25, the state plans to increase eligibility for Phase 1B to include people with certain underlying conditions and comorbidities.

The state later adding smoking to the list of "eligible conditions."

The expansion applies to those 16 and older who weren't otherwise covered in previous eligibility categories, the state said, adding that it plans to work with local health departments and other providers as eligibility increases.

That's in addition to the health care workers and long-term care facility staff and residents who qualified in Phase 1A of the state's rollout as well as the frontline essential workers and residents age 65 and older who were eligible at the start of Phase 1B, which included more than 3.2 million Illinois residents.

Here's a look at those who already qualified under Phase 1B:

Which Locations Are Expanding Phase 1B and Which Aren't?

Several local health departments, hospital systems and Chicago-area counties have said they will not be expanding their Phase 1B just yet, saying vaccine supply remains too limited.

Here's a look at who is and isn't expanding so far:

Chicago was among the first to announce it would not be joining the state.

"We're not ready at this point ," Chicago Department of Public Health Commissioner Dr. Allison Arwady said in a Facebook Live video Tuesday. "The city of Chicago, Cook County, Evanston, DuPage County, Stickney - there may be others. All said, we're just not at a point to be able to move ahead."

According to Arwady, more than 950,000 Chicago residents would become eligible if the city expanded Phase 1B under the state's guidelines.

"We cannot add a million people to the about almost a million people including the 1A, who are already in competition for the existing doses," she said. "It'll just make everybody more frustrated. So as we have more vaccine, we definitely will be opening up and go from there."

Cook County Board President Toni Preckwinkle in a joint statement with Chicago Mayor Lori Lightfoot echoed those claims, saying "we are not being supplied with enough doses that would allow us to expand eligibility in these phases."

DeKalb County officials say the area will not be expanding Phase 1B until those eligible at the start of the phase receive their vaccines.

In a note to residents, Evanston said it did not anticipate being able to expand Phase 1B eligibility "due to the large number of individuals 65 years and older in Evanston who are currently eligible for vaccines as part of Phase 1b, and the limited supply of vaccines available to date."

In a Feb. 15 release, Grundy County said it "remains in Phase 1b, which we now understand includes people under age 65 years old with high-risk medical conditions."

"Although these folks have been included, we haven’t yet seen an increase in vaccine allocation directed to Grundy County. Our estimate is that 1b now includes more than 15,000 people, and we continue to see only hundreds of vaccines each week," the county's health department said. "It is going to take months to offer a vaccine to everyone who now qualifies."

"Osco Drug Pharmacy is following the state of Illinois Phase 1b expanded guidelines that take effect February 25th," the company said in a statement.

"The Kane County Health Department will phase in 1B part 2 eligible residents in their clinics as more vaccine becomes available," the county's health department said. "Some of our providers will continue to focus on 65+ years of age patients while others are better positioned to include those patients with medical conditions."

"The Health Department is committed to getting as many people vaccinated as quickly and as efficiently as possible," the county's health department said in a statement. "However, we continue to receive a very limited supply of vaccine. Expanding phase 1B will further delay vaccinating healthcare workers, seniors, and frontline essential workers already in Phase 1A and 1B not already vaccinated and waiting for their turn."

"Until vaccine supply increases, Lake County will not be expanding to the 'Phase 1b plus' group announced by the governor, which includes people ages 16–64 with co-morbidities, high risk health conditions, and disabilities," spokesman Christopher Coveli said in a statement. "Per Centers for Disease Control and Prevention (CDC) recommendations for transitioning between phases, we will look to move in to the 'Phase 1b plus' group when 60-70% of persons within the current phase are vaccinated or when supply of vaccines exceeds demand in the current phase. However, pharmacies and other entities that receive vaccines directly from the state or federal government are free to follow the Illinois expansion that begins February 25, 2021."

"We will be [expanding] according to each county’s jurisdiction," a spokesperson for the company said. "Appointments can be made as of [Thursday], but 3/1 is the vaccination date, pending appointment availability."

"Based on current vaccine allotments from the State, MCDH will continue focusing its Phase 1b vaccination efforts on 65 and older and first responders," the county said in a statement.

"We aren't planning to expand eligibility to younger people with health conditions - we're focusing our efforts on older adults (patients and other seniors) in our communities," the health system said in a statement. "We are seeing enough demand from this group and it aligns with the expectations that the City of Chicago and Cook County have set in remaining focused on vaccinating those currently eligible. The exception is that we are working in partnership with the City's Protect Chicago Plus initiative where for eight weekends (the previous two and upcoming six), we're vaccinating residents ages 18+ in the Belmont Cragin and Montclare neighborhoods (two of the neighborhoods hardest hit by the pandemic, as outlined by the City). We're really proud of the work we're doing there - it's making a measurable impact on vaccination rates of Latinos in Chicago."

"Like so many counties in our area, we are unable to expand to what is now called '1B-plus' due to lack of adequate vaccine supplies," Will County's health department said in a statement. "We will continue to focus on Phase 1B, and those 65 and older, with the hopes that vaccine supplies improve soon."

Gov. J.B. Pritzker said the state is still expected to expand eligibility in Phase 1B starting Thursday, despite shipping delays that led to a shortage of doses for some cities last week.

Do You Need Proof of Medical Conditions?

Pritzker noted that people eligible in the expanded phase will not need to prove they have a high-risk medical condition, though many will likely receive the vaccine from their primary care doctors.

"We're not making people walk in with papers from their doctor to prove that they have diabetes, or to prove that they have cancer. We are relying on people, the honor system, for people to present themselves who have those comorbidities," Pritzker said. "We also are obviously - the nurses and doctors that are providing those doses to people can ask them questions about their condition to confirm that. And many people are in fact going to their regular health provider who already has their record on file and knows their comorbidity."

Dr. Ngozi Ezike, director of the Illinois Department of Public Health, says that while proof of condition isn’t explicitly required, it will help to speed the vaccination process.

“Most individuals who have a comorbidity might have a recent pill bottle with their names on it, they may have a doctor’s note, or they might have a recent summary sheet that indicates the conditions that they have,” she said during a recent panel discussion on NBC 5 Chicago. “We’re not trying to create any barriers or difficulties, but we want to make sure that we are targeting the people who need this vaccine most, and those individuals with comorbidities can help provide some proof in addition to the attestation that they may have to make so that they can get the vaccine.”

Why is the State Expanding Eligibility?

“Those who are under 65 and live with comorbidities, such as cancer survivors or those living with heart disease, have an elevated risk of serious complications or death if they contract COVID-19," Gov. J.B. Pritzker said in a statement. "Illinois is moving forward in accordance with guidance from the CDC to expand our eligible population as supply allows, getting us closer to the point when the vaccine is widely available to all who want it. In the meantime, I encourage all Illinoisans to wear our masks and follow the mitigations so that more of our neighbors are healthy and alive when it’s their turn in the vaccination line.”

But why expand with so many regions not receiving the necessary doses?

"It seems like there are some rural areas in the state that may have been supplied more vaccine, they may not have as many people, they may have gotten through a high percentage of their people over 65 and their essential workers," Chicago Department of Public Health Commissioner Dr. Allison Arwady said. 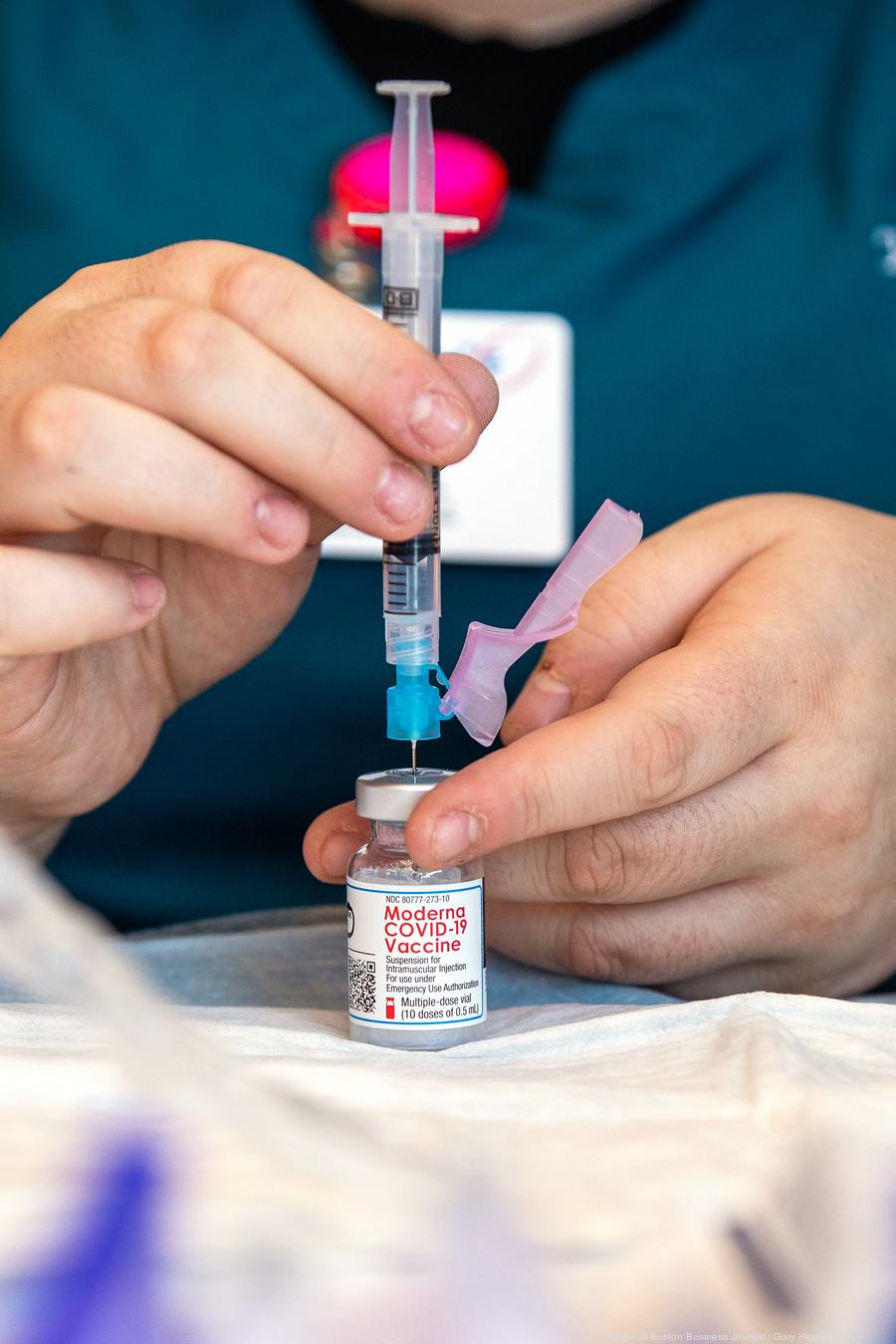 COVID Vaccine Registration in Illinois: Where You Can Get It and How to Make an Appointment 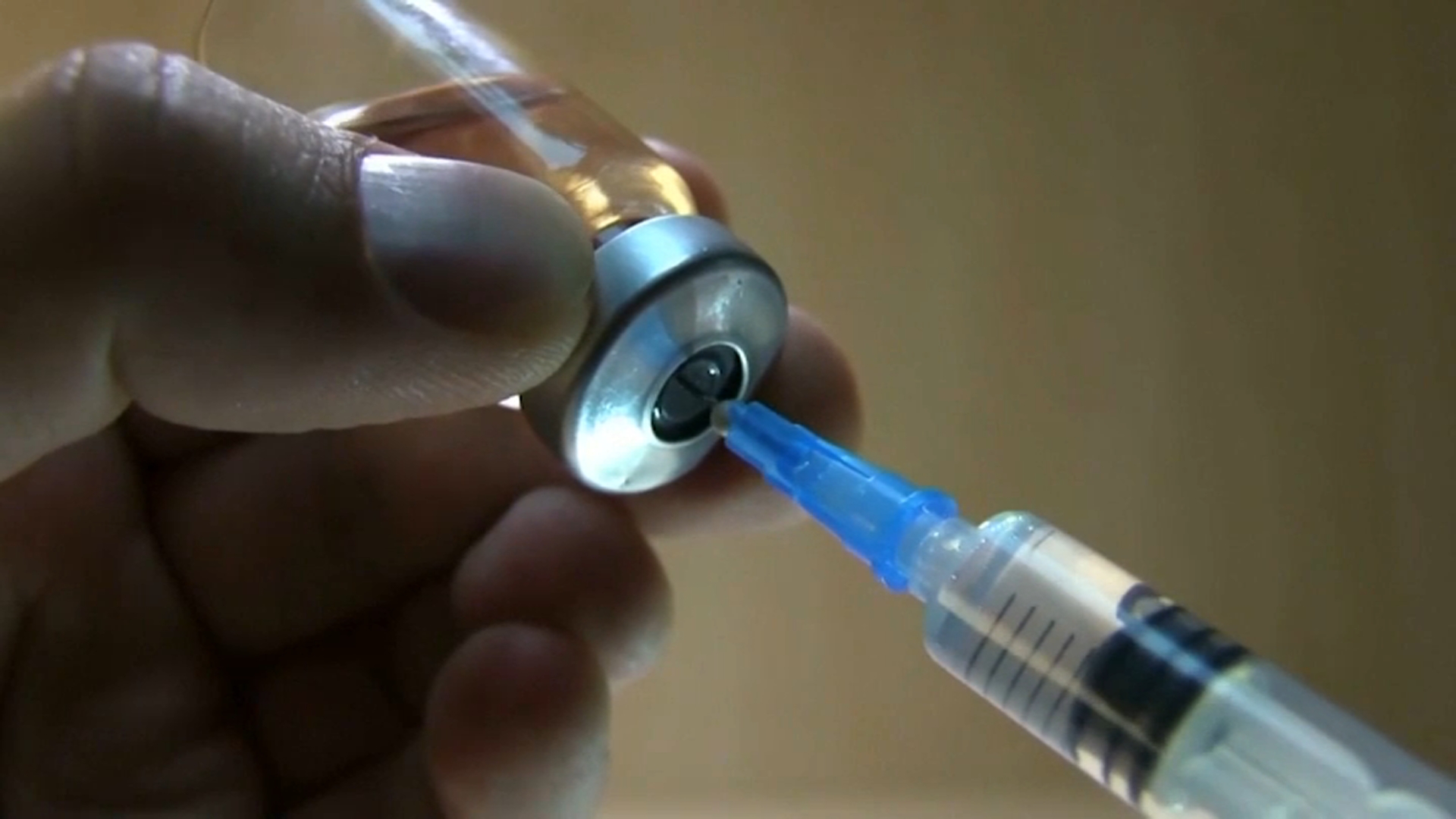