Democratic presidential candidate Pete Buttigieg says if elected he'd like to name a woman to lead the Department of Veterans Affairs for the first time as 2020 hopefuls take aim at President Donald Trump's record on stemming military suicide and helping female vets.

Trump, speaking in New York City's Veterans Day Parade, praised the strength of the U.S. military and the death of Islamic State leader Abu Bakr al-Baghdadi, saying the nation's veterans "risked everything for us. Now it is our duty to serve and protect them every single day of our lives." More than 100 protesters booed and held black balloons that read "support our troops, impeach." 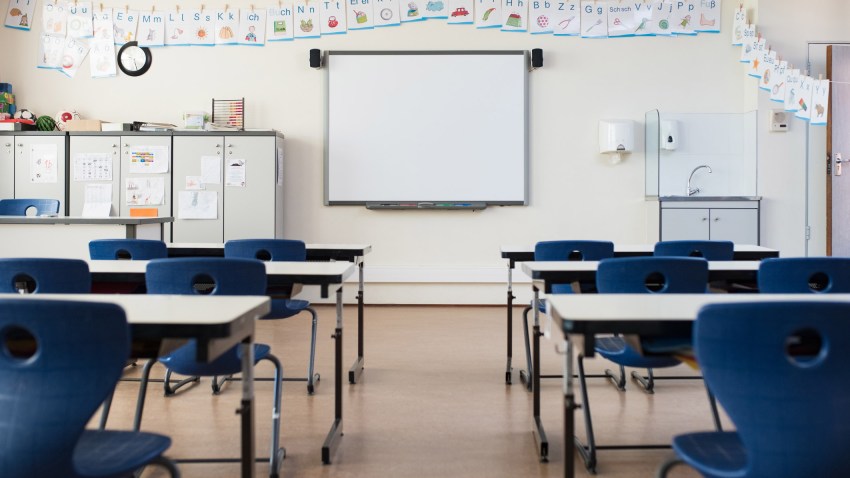 Buttigieg, the 37-year-old mayor of South Bend, Indiana, said female veterans and service members have been neglected, including on concerns about sexual harassment and women's health. Women are the military's fastest-growing subgroup.

"I think leadership plays a huge role so absolutely I'd seek to name a woman to lead VA," Buttigieg, a former Navy intelligence officer, said in an interview with The Associated Press. His comments went a step beyond his 21-page wide-ranging plan released on Monday.

"The president has let veterans down," Buttigieg said.

Of the Cabinet and Cabinet-level roles, four have never been held by a woman: Veterans Affairs, Defense, Treasury and White House chief of staff. Buttigieg says he'd take a close look at appointing a female defense secretary as well.

Former Vice President Joe Biden said he would seek to build on substantial gains for vets that were started under the Obama-Biden administration, such as stemming homelessness and improving mental health care.

Biden said he would "restore trust" in the VA after failed leadership, putting in place at least one full-time women's primary care physician at each VA medical center to boost women's health care and provide $300 million to better understand the impact of traumatic brain injury.

He said as president he would publish a comprehensive strategy to address veterans' suicide within his first 200 days in office and hire additional staff to ensure that in his first year of office wait times for vets at risk of suicide are reduce to zero.

"Our veterans deserve leaders who will fight for them as ardently and as forcefully as they have fought for us," Biden wrote in a Veterans Day statement with his wife Jill.

In a dig at Trump, Vermont Sen. Bernie Sanders released a video on Monday highlighting his role in working with the late Republican Sen. John McCain, a decorated war hero, to pass legislation that included the Veterans Choice program in 2014.

Trump routinely takes credit for being the first to enact the Choice program, ignoring the fact that it was signed into law by President Barack Obama. What Trump got done was an expansion of the program achieved by McCain and Sanders.

That expanded program, one of Trump's signature accomplishments, seeks to steer more veterans over the next decade to private-sector doctors outside the VA.

Sanders, a former chairman of the Senate Veterans Affairs Committee who voted against Trump's plan, says the expanded program goes too far in its investments in the private sector, rather than core VA health care , which many veterans view as better suited to treat battlefield injuries such as post-traumatic stress disorder. Sanders joins Buttigieg and Massachusetts Sen. Elizabeth Warren in urging increases in doctor pay to attract top VA candidates and fill 49,000 VA positions that have sat vacant as the Trump administration promoted private health care options.

Sanders said he would fill those vacancies in his first year as president and provide at least $62 billion in new funding to repair and modernize VA facilities to provide cutting-edge care.

"We will not dismantle or privatize the VA. We will expand and improve the VA," Sanders said Monday.

Buttigieg told the AP that he would look at rolling back some of the Trump administration's rules expanding Choice.

All the Democratic candidates who have articulated veterans' plans call for added funding and training for suicide prevention.

Currently, about 20 veterans die by suicide each day, a rate basically unchanged during the Trump administration. Trump earlier this year directed a Cabinet-level task force to develop a broader roadmap for veterans' suicide prevention, due out next spring.

Buttigieg, like Warren, would seek to improve responses to sexual assault in the military by shifting prosecution from military commanders to independent prosecutors. He also wants to put particular focus on stemming homelessness among women vets, many of whom may have experienced sexual trauma .

He pointed to his seven-month deployment in Afghanistan in 2014 and watching the impact a female general had "culturally" on the NATO-led International Security Assistance Force.

"When a leadership body is more gender diverse, it makes better decisions. So I would absolutely be looking at that," Buttigieg told the AP. He's previously pledged to appoint women to at least 50% of his Cabinet positions.

While veterans overall have strongly backed Trump throughout his presidency, views vary widely by party, gender and age, according to AP VoteCast, a survey of 2018 midterm voters. In particular, younger veterans and women generally were more skeptical of Trump, who received multiple draft deferments to avoid going to Vietnam.