Hundreds of demonstrators took to city streets, some clashing with police in tense standoffs as the group marched through downtown Chicago calling for the defunding of police.

The demonstrations began at Chicago's iconic Bean before the group traveled to Michigan Avenue and Wacker Drive, where multiple incidents were reported. 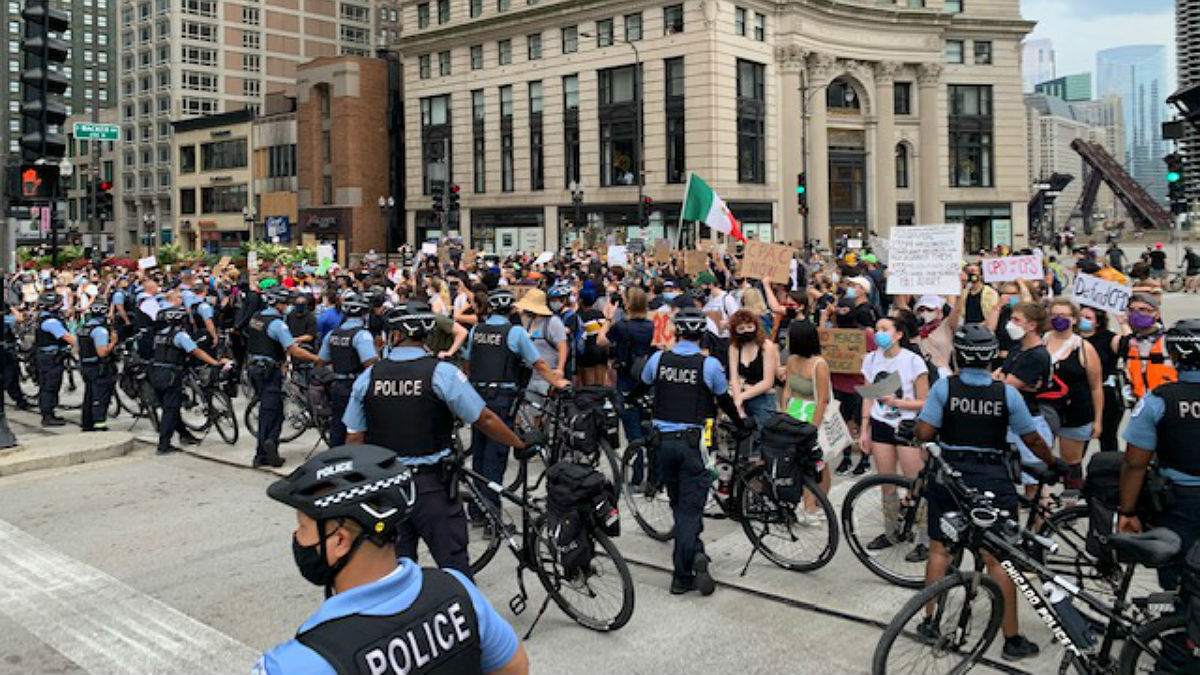 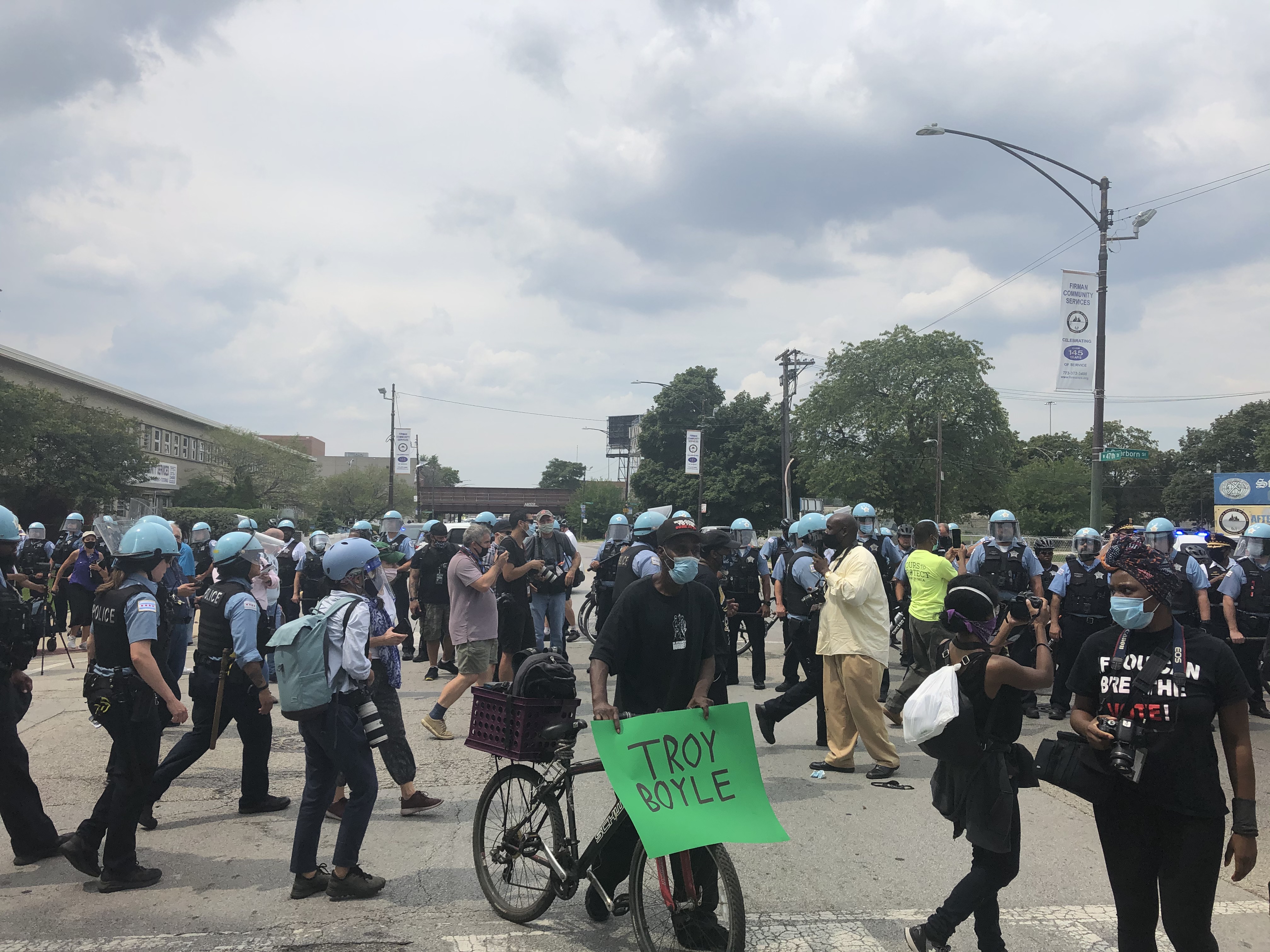 According to footage from the scene, several protesters could be seen scuffling with police blocking streets and pepper spray was used. Multiple arrests were witnessed at the scene, but according to Chicago police, the exact number remains unclear.

A heavy police presence was seen in the area with several officers both in front and behind the marching demonstrators and other lines of officers blocking streets.