“Pretty cool reaction especially given the circumstances,” he said. “I didn’t really know what to expect.”

The Friday skate at the University of Notre Dame was the first time Kane has hit the ice in some time. The Blackhawks star has faced intense media scrutiny since reports of an investigation into an alleged assault at his New York home first surfaced this summer. 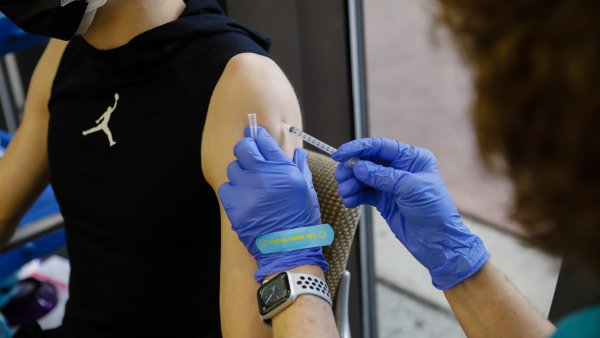 Kane on Thursday addressed the allegations for the first time, saying he believes “once all the facts are brought to light I will be absolved.”

"I cannot apologize enough for the distraction this has caused my family, my teammates, this incredible organization, and of course our fans," he said.

On Friday, Kane spoke very little about the off-ice situation he faces.

The Blackhawks forward also acknowledged that his teammates have been “supportive," though he spoke little of their reaction to the investigation.

“I will say all my teammates have been supportive, they all were excited to see me the first day of camp,” he said.

That was a sentiment echoed by his teammates after Friday's skate.

“I think it’s pretty simple -- he came to training camp and everybody was anxious and happy to see him obviously,” said Marian Hossa.

“He makes it look easy,” he said. “A lot of guys are struggling like I said to shake that rust off and get things going but he just goes out there and plays the game.”

As for the team, they’re focused on what happens on the ice, for now.

“Our team has been through some tough situations,” said Head Coach Joel Quenneville. “At the end of the day they go out to play the game they love.”