One resident at a suburban Buffalo Grove apartment complex recounted hearing gunshots Sunday night after learning a couple was found shot to death in a parking garage.

The shooting happened around 8:30 p.m. in a parking garage at 150 Lake Boulevard in Buffalo Grove, police said. The victims bodies were found roughly three hours later, when a resident discovered a man and a woman near a vehicle with blood on the ground and alerted authorities, police said.

Police believe the victims, a couple in their 60s, were targeted by a gunman who remains on the loose.

One resident, Michael Raemer, lives on the floor above the garage where the victims were shot. 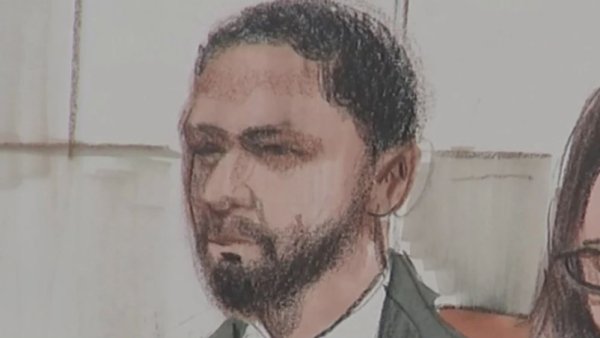 "We heard the loud bangs," he said. "Loud enough where I was like what was that, went to the hallway, looked around. Didn't see anything."

The gunman is described as a man, possibly in his 60s, who was wearing dark clothing, a dark jacket and a dark baseball-style hat.

Two people were found dead in a parking garage in a northern Chicago suburb Sunday in what police believe was a targeted shooting by a gunman who remains on the loose. NBC 5’s Charlie Wojciechowski reports.

Police said a suspect was captured on video entering the garage on foot and leaving through a side door following the incident. The video footage was not released Monday, but police were canvassing the area in search of additional cameras "that might shed some more light on this," Buffalo Grove Police Chief Steven Casstevens said.

Investigators said they believe the shooting was targeted and there is not an active threat to the community. Despite the assurance from law enforcement, neighbors said they'll remain on edge until the suspect is caught.

"I just walked through the garage now," neighbor Blake Vishny told NBC 5 Monday evening. "In [the] back of my mind, knowing it happened in [the] garage. Just be vigilant, mind your surroundings."