According to prosecutors, Xandria Harris "actively assisted" Darius Sullivan throughout the crimes and is "equally responsible"

Officials are set to provide an update Wednesday on the investigation into the killing of a Bradley police sergeant and the shooting of another officer as prosecutors announce plans to seek the death penalty for two suspects charged in the case.

Illinois State Police Captain Richard Wilk is expected to provide details on the investigation into the double shooting, while Kankakee County State's Attorney Jim Rowe will discuss recent news that he has submitted an official request for federal murder charges and a federal death sentence for two suspects charged in the case.

A press conference is expected a noon Wednesday. (Watch live in the player above) Bradley Officer Pleaded for Her Life Before Being Shot to Death With Own Gun: Prosecutors 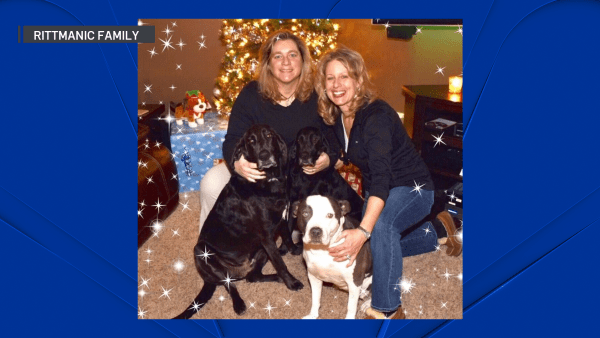 Due to legal precedent and the nature of the offenses, Rowe submitted a request to the U.S. Attorney for the Central District of Illinois to review the cases against for federal murder charges and to pursue a federal death sentence against both suspects.

"Our State’s Attorney’s Office will now work to ensure these offenders face the harshest justice the law allows, no matter the jurisdiction, and to ensure
that the full weight of the criminal justice system is brought to bear upon them and anyone who assisted them," he said.

Following a manhunt, Sullivan was arrested by police in North Manchester, Indiana, Friday morning. Later that day Harris turned herself in at the Bradley Police Department.

According to a probable cause proffer, the incident began after Rittmanic and fellow Bradley police officer Tyler Bailey were called to the Comfort Inn Hotel at approximately 9:56 p.m. Wednesday for the report of barking dogs left in a vehicle.

Bailey ran the vehicle's license plate, discovered it was registered to Harris and knew that she was frequently with Sullivan, who was wanted on multiple outstanding warrants.

The officers went to the room where both individuals were, knocked at the door five times and waited 14 minutes for the suspects to open the door, according to the proffer. Harris then attempted to "squeeze past the door" and close it to prevent officers from taking Sullivan into custody, authorities said.

As Harris blocks the officers in the doorway, Sullivan came from around the corner in the hotel room, holding a 9 mm handgun, and then shot Bailey in the head, prosecutors said.

Sullivan then fired a shot at Rittmanic, chased her down the hallway and pinned her up against the door, the proffer read. Then, Sullivan's firearm jammed as he was attempting to disarm the officer, according to prosecutors.

Subsequently Sullivan told Harris to 'cock the gun, cock the gun,' and assist him with the "attempt to cock the firearm and/or disarm" Rittmanic, prosecutors stated. As the sergeant lay on the floor, already having been shot once, Sullivan fired two additional shots, court documents revealed.

Sullivan left the hotel in a vehicle, and Harris later fled separately with her children who were in the hotel room at the time.

Harris "actively assisted and enabled" Darius Sullivan throughout the course of the murder of Sgt. Rittmanic and attempt murder of Officer Bailey, and she is equally responsible," the proffer added.