According to police, the officer confronted the burglary suspect at approximately 12:30 p.m. at a residence in the 5100 block of South Ingleside. The officer, who was off-duty at the time, identified himself as a CPD officer, and during the ensuing confrontation he fired shots at the alleged suspect.

"At this time we believe the officer interrupted a burglary in progress," spokesman Rocco Alioto said. "He was off-duty, but identified himself as an officer."

The suspect fled the scene after the shots were fired, and after initial reports indicated the suspect has been shot, it's unclear if he was hit, police said in a Wednesday press conference.

The suspect is not in police custody at this time. He was identified as an African-American man between the ages of 25 and 30, standing 6-foot-3 with a slender build.

He has short black hair, and was wearing a gray t-shirt, black jogging pants with a white stripe on the side, and had tattoos on both arms.

Anyone with information on the suspect is encouraged to call Chicago police at 312-747-8380, or report tips anonymously at CPDtip.com. 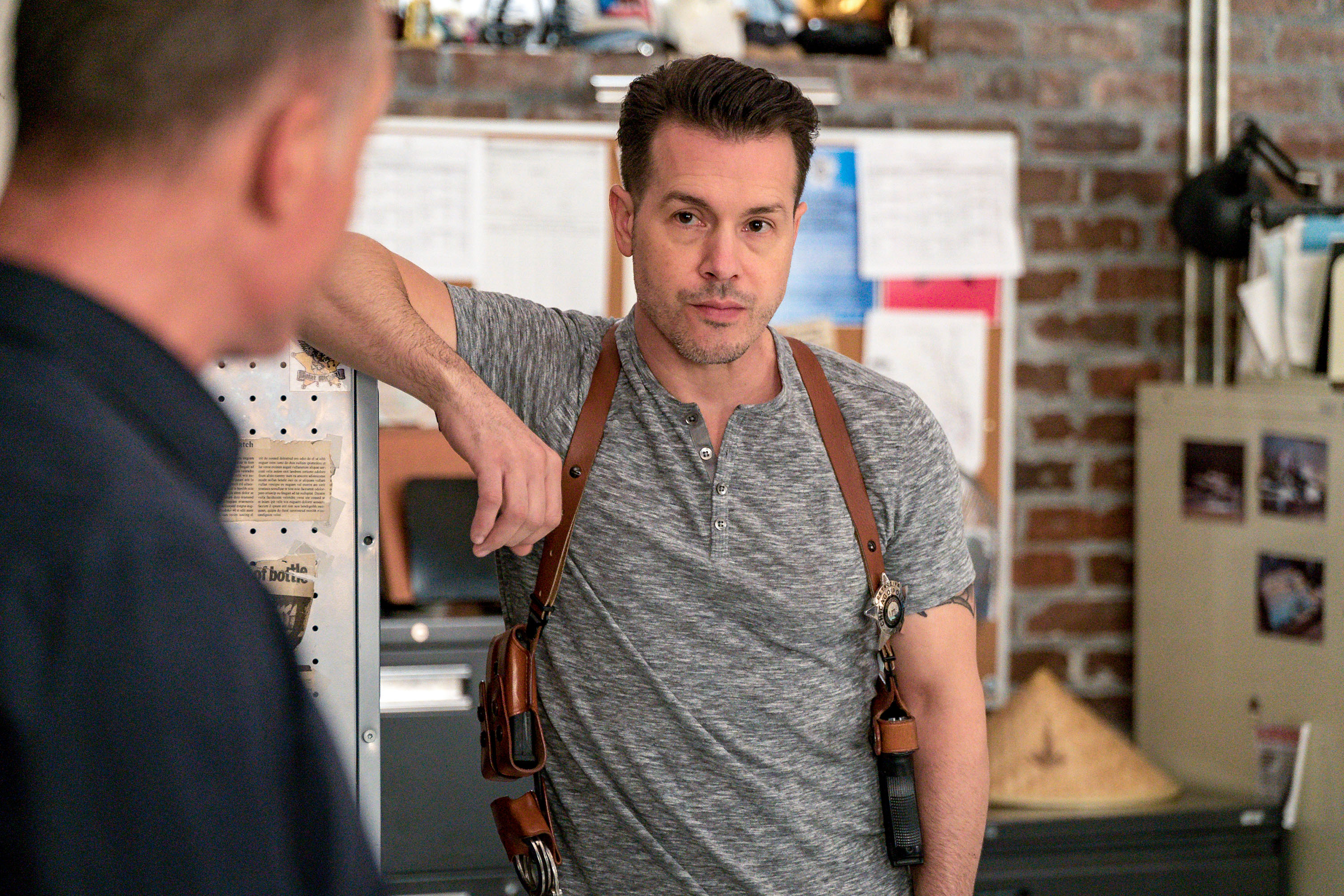 The Civilian Office of Police Accountability is investigating the shooting, and detectives are collecting forensic evidence at the scene. No firearm has been recovered, according to officials.

The officer involved in the shooting is 46 years old and is a 19-year veteran of the force, according to police.