Poster affixed to the podium at Chicago State Univerity reminded Illinoisans that early voting starts Monday for the Nov. 4 election

President Barack Obama returned to his hometown Sunday in a bid to whip up support for Gov. Pat Quinn, as Democrats fight to hold control of the Illinois governor's office against stiff challenge from GOP businessman Bruce Rauner.

A visibly relaxed Obama spoke to several thousand enthusiastic supporters at a rally late Sunday inside a packed auditorium on the campus of Chicago State University, throwing his arm around Quinn at several points and singing his praises.

"Pat is real ... He's not trying to pretend to be something he's not," Obama said after poking fun at Quinn for appearing to care little about fashion. "That's why you've got to have his back."

Obama also urged voters to cast their ballots early. A poster affixed to the podium Obama spoke from reminded Illinoisans that early voting starts Monday for the Nov. 4 election. 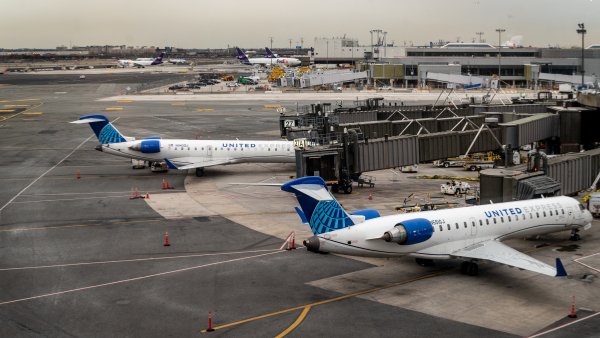 The audience at the South Side event was largely black, an indication of the importance of the African-American vote in such a Democrat-leaning state. Several other leading black politicians, including U.S. Rep. Danny Davis, spoke at the rally before Obama took to the podium.

Republicans and Democrats are pulling out all the stops to get out the vote.

So far, Quinn is getting the highest-profile help.

Obama had already helped Quinn raise money earlier this month. And first lady Michelle Obama headlined a rally for him, and recorded a campaign ad saying she and the president planned to vote for their fellow Chicago Democrat.

Former President Bill Clinton is scheduled to campaign with Quinn Tuesday in Chicago, where Clinton will speak at a manufacturing plant about what the Quinn campaign describes as Illinois' economic "comeback." They note unemployment is at a six-year low; Rauner counters Illinois still has one of the highest jobless rates in the Midwest.

Minutes before Obama took the stage, Quinn derided those he described as "big shots" and "high rollers." And Quinn said he stood for giving average people a "fair shake," including by raising the minimum wage.

Obama didn't speak directly about Rauner but told the crowd that "bad ideas" from Republicans had hurt Illinois and the country at large.

"Pat and I have been cleaning up after them for a long time," he said.

The president, Rauner said, was in Chicago to "try to stop our momentum." ''He sees what's happening — they all do," the email said. "Pat Quinn is heading toward defeat and the national Democrat Party is panicking."

Rauner previously said he wanted to cut or eliminate the minimum wage, but now says he'd approve an increase from $8.25 to $10 per hour if it comes with pro-business reforms. He's said he wouldn't have agreed to expand Medicaid because he believes there's too much waste and abuse. He also said he worried about how Illinois will cover added costs once federal subsidies end.

Democrats approved legislation this spring to expand early and grace-period voting for this election only, saying they wanted to make it more convenient for people to cast ballots following a primary election that saw record low turnout. But some Republicans accused them of maneuvering to get more young people, minorities and others who typically support Democrats to vote in a midterm election.

Campaigns see early voting as a way to get their base supporters to cast ballots in the buildup to Election Day, allowing them to focus on undecided or less-motivated voters who may need more convincing. They also can monitor early voting patterns to determine where in the state they need to step up efforts.