As Chicago Police vow to increase patrols and resources on specific blocks in Lincoln Park that are seeing a rise in violent crime, a new surveillance video shows thieves sawing off a car's catalytic converter on the same block where an armed robbery occurred three days earlier.

Friday, a 23-year-old man was discovered with multiple gunshot wounds in the 1300 block of West Webster after being held up at gunpoint just after 3 a.m., police said.

Residential Surveillance video shows an offender exiting a white sedan and then robbing at gunpoint a man walking down the sidewalk. The man then tries to tackle his offender but is shot several times at close range.

The suspects can be seen driving off as the victim is left on the ground with gunshot wounds.

Three Robbed at Gunpoint in Lakeview, Continuing a Pattern This Month 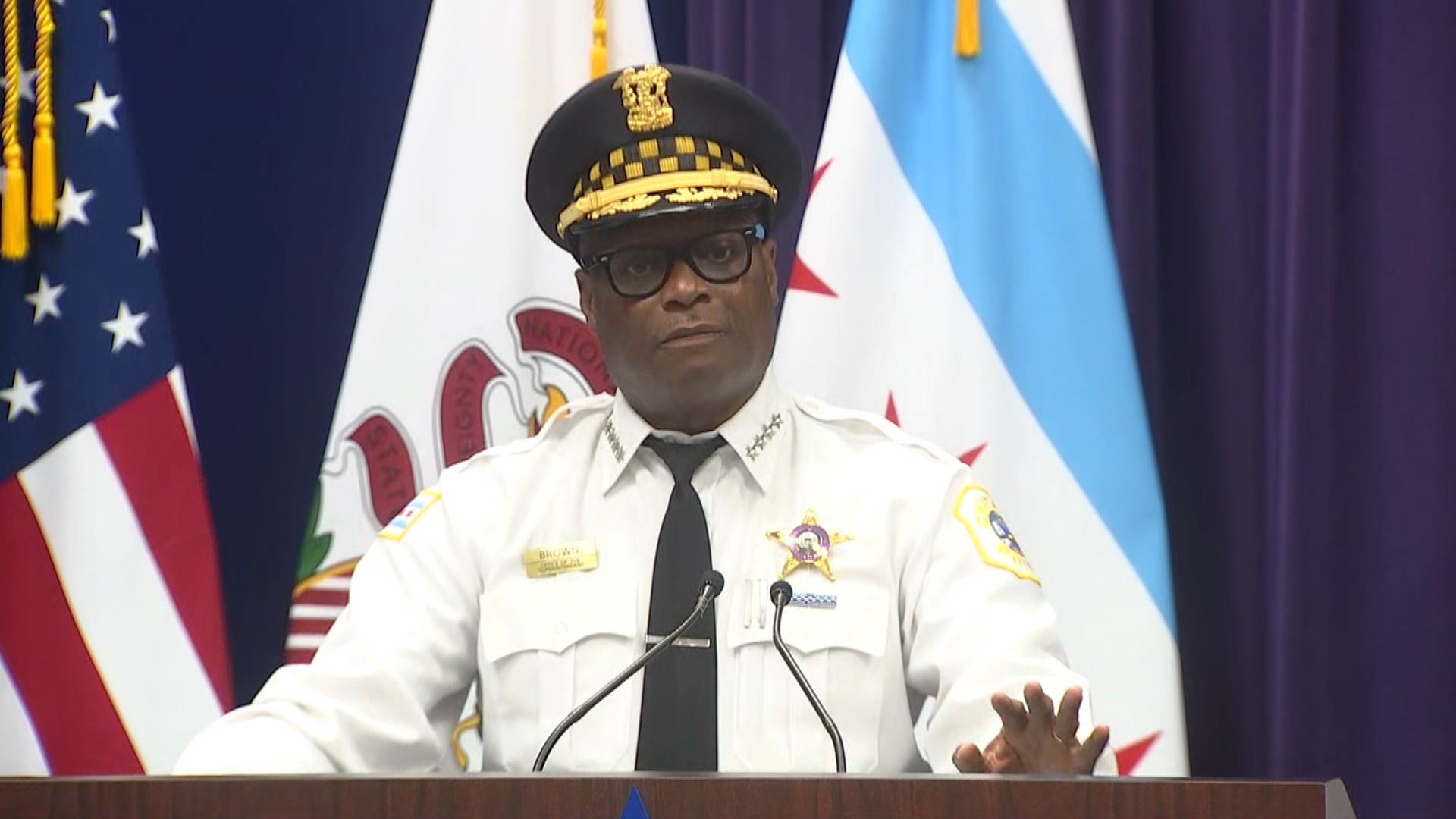 The video shows a white sedan pulling up to two parked cars in the 1300 block of Webster. 3 or 4 people are seen exiting the car and appear to cut off the catalytic converter under one of the parked cars.

The suspects then drive off in the white sedan.

April 25, a community alert was sent out by police about 6 catalytic converter thefts in the nearby 25th ward.

"In these incidents," the alert says, "the offenders arrived on scene, and proceeded to or attempted to, cut off the catalytic converter from the victim's vehicle. The offenders then fled the scene."

May 6, Chicago police sent out a community alert about 8 armed robberies in the Lincoln Park neighborhood, including the one at Wayne and Webster, and asked for the public's help in identifying the suspects.

In a press conference Monday, Chicago Police Supt. David Brown said as the summer months approach, the department is increasing resources that are seeing an increase in crime, including flooding certain blocks.

However, Brown says, the added resources will be done at the expense of officer schedules, hinting that officers may have to work on 1 of their 2 scheduled days off.