‘She Was Family to Me': Cat Killed by Gang of Raccoons Living in Abandoned Home, Neighbors Say

Neighbors say they've seen as many as six raccoons in an abandoned house where a cat was found killed Saturday morning on the city's South Side.

A neighbor spotted Simba surrounded by raccoons but it was too late.

"She was family to me and I didn't take lightly to that because this could have been avoided," said Simba's owner Latisha Murphy. 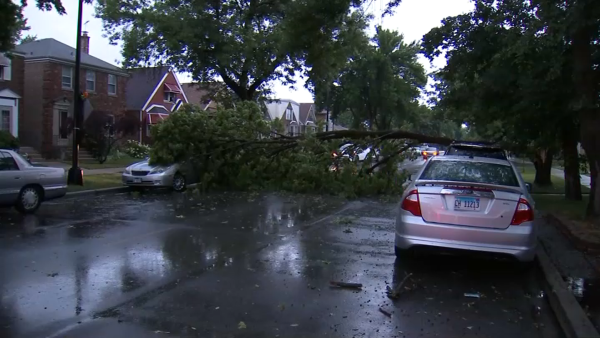 Murphy says she's called 311 multiple times about the pack of raccoons living in the home declared off-limits by the city on Saginaw near 83rd.

"They told me that's not their problem that's with the owner," Murphy said. "So this raccoon killed my cat, part of my family. And I'm supposed to take a loss. It's okay for raccoons to live rent free in an abandoned building next to me."

Diane Daniels lives on the other side of the home and has started putting bricks on her trash cans and padlocking her gangway to keep kids and others away.

"Children walk up and down this street, school [is] ready to start back. If [the raccoons] killed her cat, what would [they] do to a child or a human being," Daniels said.

After going to Ald. Greg Mitchell earlier this week Daniels says plywood has now been put up over the first floor windows--but other windows remain wide open.

"Raccoons they carry rabies, and what happens if they attack one of these children or one of us," Daniels said.

Daniels says Mitchell told her the city would reach out to the homeowner to handle the raccoon problem.

Mitchell's office did not immediately respond to NBC 5's request for comment.