Just 24 hours after a stabbing and a stabbing left numerous people injured at Chicago’s Navy Pier, officials are working closely together as another fireworks show is scheduled for Saturday night at the iconic venue.

The separate incidents, which saw three people stabbed and then at least 14 injured in a stampede after a mistaken call of shots fired, is being examined by Chicago police and Navy Pier officials as they evaluate their security protocols after the summer hotspot.

Visitors attending Navy Pier’s fireworks on Saturday can expect to see more officers in uniform and extra plain-clothes officers, as well as K-9 units, and Chicago Police Superintendent Eddie Johnson said that they will tighten up communications with private security firms at the pier.

Those plans will help comfort those attending festivities at the pier, but for Portage Park-resident Iris Torres, she’ll wait to see it before she believes it.

That’s because Torres was among the thousands of visitors at Navy Pier on Thursday night when chaos erupted, marring one of the city’s most high-profile celebrations.

When panicked visitors began running, Torres was knocked down, and she was injured in the stampede that followed.

“There’s hundreds of people coming through the door, and they slammed my head into the wall and landed on my head,” she said. “My head and my back are completely sore right now. It was chaos.”

Torres visited a physician Friday, who prescribed her pain medication and put her in a neck brace. She was unable to go to work Friday, and she said that her memory of the moments after she was trampled remain hazy.

“We just didn’t know (what was going on),” she said. “I was on the floor, people were trampling each other. I’m still shaking from it.” 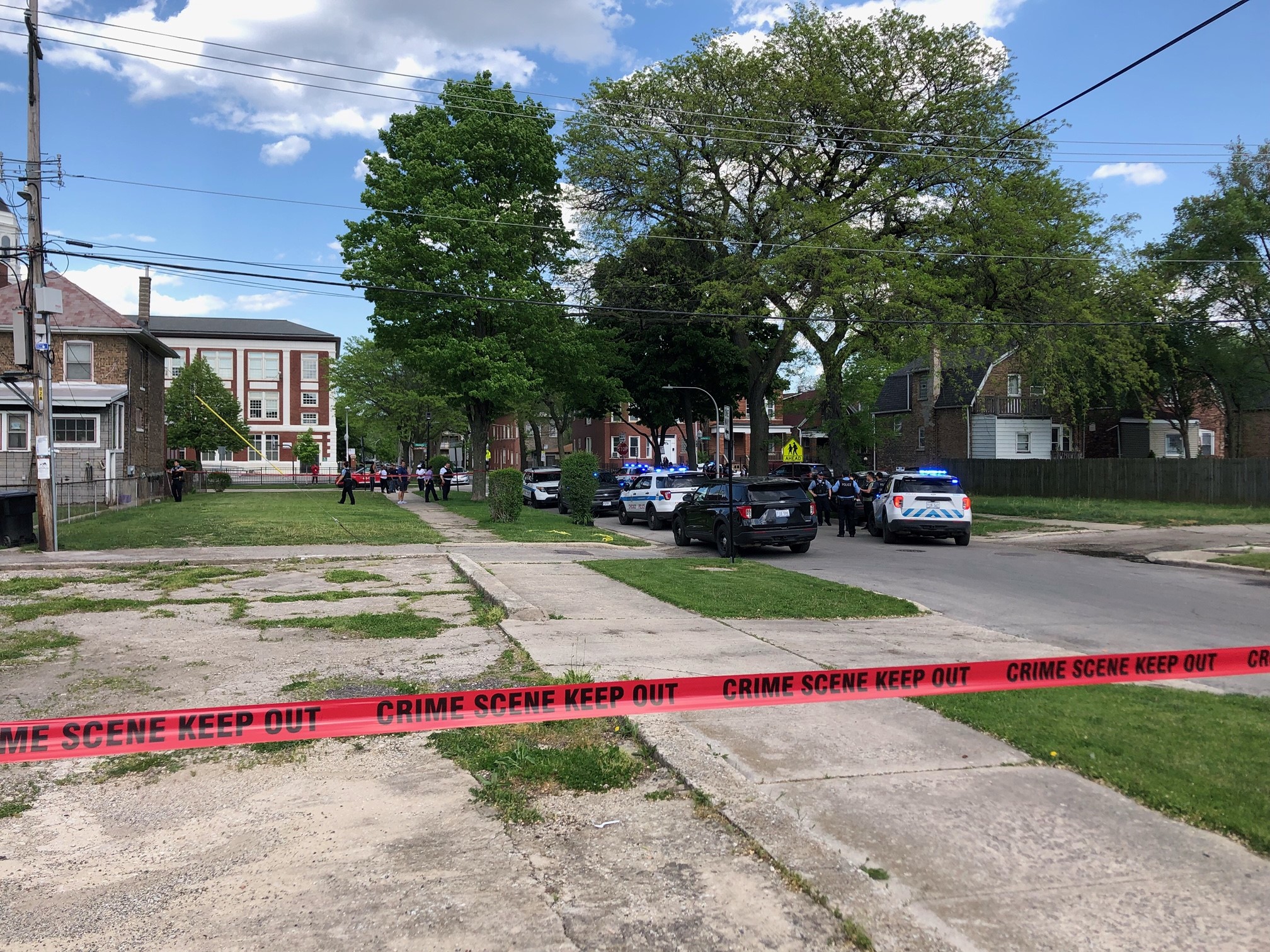 Back of the Yards 51 mins ago

Eventually Torres and her family made their way to an exit, where they ended up next to one of the stabbing victims at the pier.

At the same time the stabbing was taking place, someone shot off fireworks into a crowd, and some, including private security guards at the pier, mistook the sound for gunfire and signaled a possible active shooter situation.

That report, though inaccurate, was understandable, according to Johnson, who said that his department is evaluating communications with private security at the pier after the incident.

“I don’t want to condemn them,” he said. “They may have thought there was an active shooter. If you want to make an errant judgment, then I want to err on the side of caution.”

Police pointed out Thursday night that the stabbing occurred outside of the secured perimeter around Navy Pier, but Torres wasn’t satisfied with the security protocols in place, saying that screeners only checked a portion of her bag.

“What about people coming in from the parking lots?” she asked. “Who’s checking them? To be in my hometown and not feel safe, it’s not good.”

Aside from everything else, Torres wants better communication between security personnel, police, and residents who are relying on officials to keep them safe.

“There was nobody guiding us where to go whatsoever,” she said. “I get it. Nobody’s 100 percent. But they can do better.”

Navy Pier will host another fireworks show on Saturday night, and officials are encouraging visitors to remain vigilant, and letting them know that security protocols will still be in place around the area.