JoAnn Cunningham, the mother of 5-year-old Andrew 'AJ' Freund, the young Crystal Lake boy whose disappearance sparked a massive manhunt before his body was found in a shallow grave in a far northwest Chicago suburb, was sentenced to prison Friday.

Judge Robert Wilbrant gave Cunningham 35 years behind bars with three years of mandatory supervised release in the young boy's murder. She will be required to serve her full sentence, the judge ruled.

Cunningham faced a maximum of 60 years in prison for the 2019 crime that shocked her northwest suburban community, but the judge noted that, as part of a deal, Cunningham pleaded guilty to only one of the 20 counts she originally faced. That charge included the accusation that she beat her son knowing that her actions could, and did, cause his death.

"The defendant did not plead guilty to intending to kill her son," Wilbrant said as he read his decision in the courtroom.

JoAnn Cunningham, the mother of 5-year-old Andrew 'AJ' Freund, the young Crystal Lake boy whose disappearance sparked a massive manhunt before his body was found in a shallow grave in a far northwest Chicago suburb, was sentenced to prison Friday. Charlie Wojciechowski reports.

Still, Wilbrant said there were previous accusations of abuse and the ultimate death of her son was exceptionally tragic.

"It was a horrible death, preceded by a horrible life," Wilbrant said.

He also said the sentence needed to "deter others."

The two-day hearing saw prosecutors lay out much of the same evidence they would have presented at her trial for the murder of her 5-year-old son. It also saw the 37-year-old Crystal Lake woman deliver a tearful speech as she begged for mercy.

"I’ve had the privilege of having AJ as a son and when I had him those were the happiest days of my life. I loved him, I miss him and there's nothing that I wouldn't do to bring him back," she said. "My children are the greatest gift God has ever given me. They are my whole world. The reason they are the reason I breathe. Anyone who truly knows me can say how much I love being a mother, more than anything in the world. Being a mother defines me." 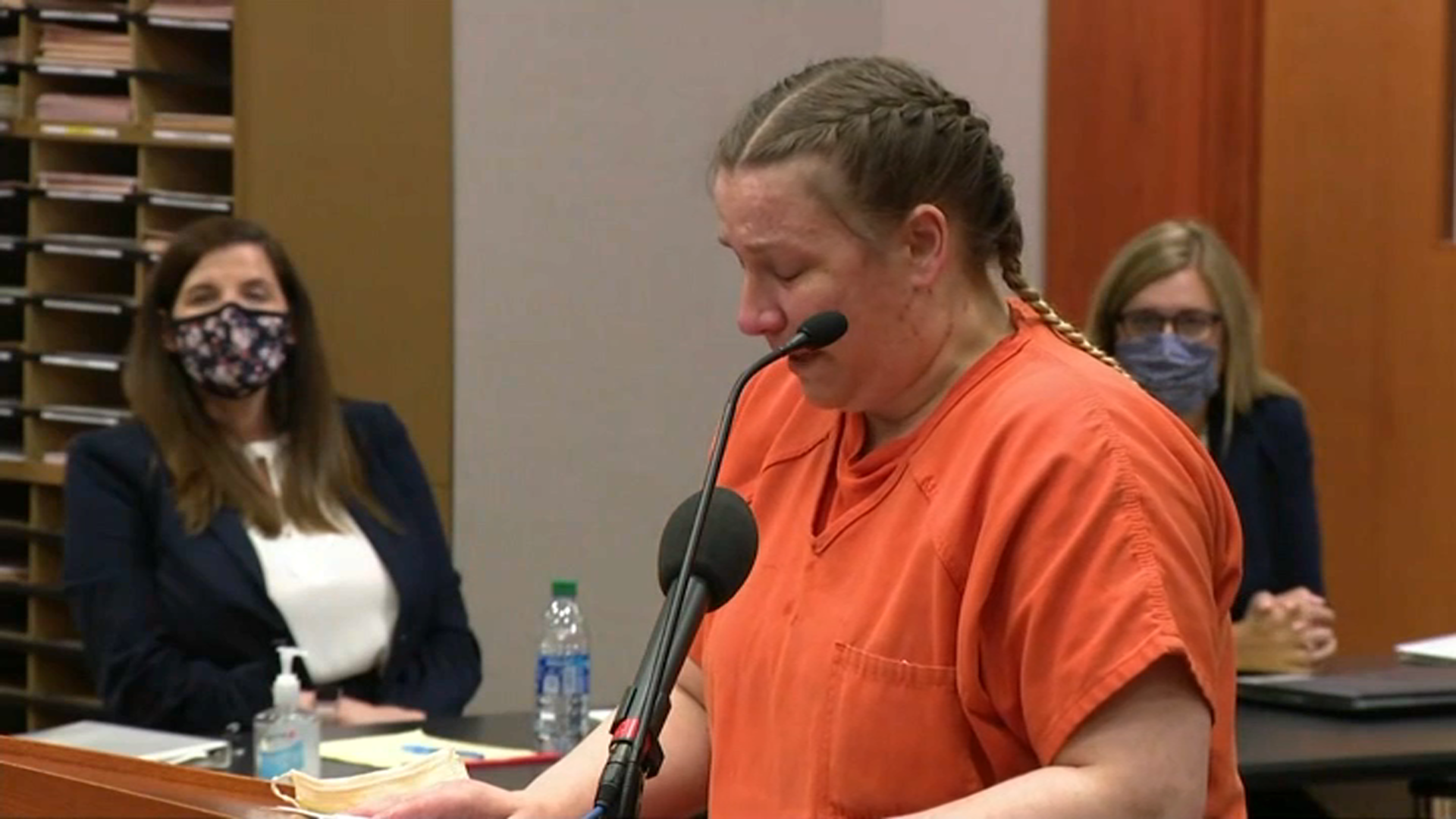 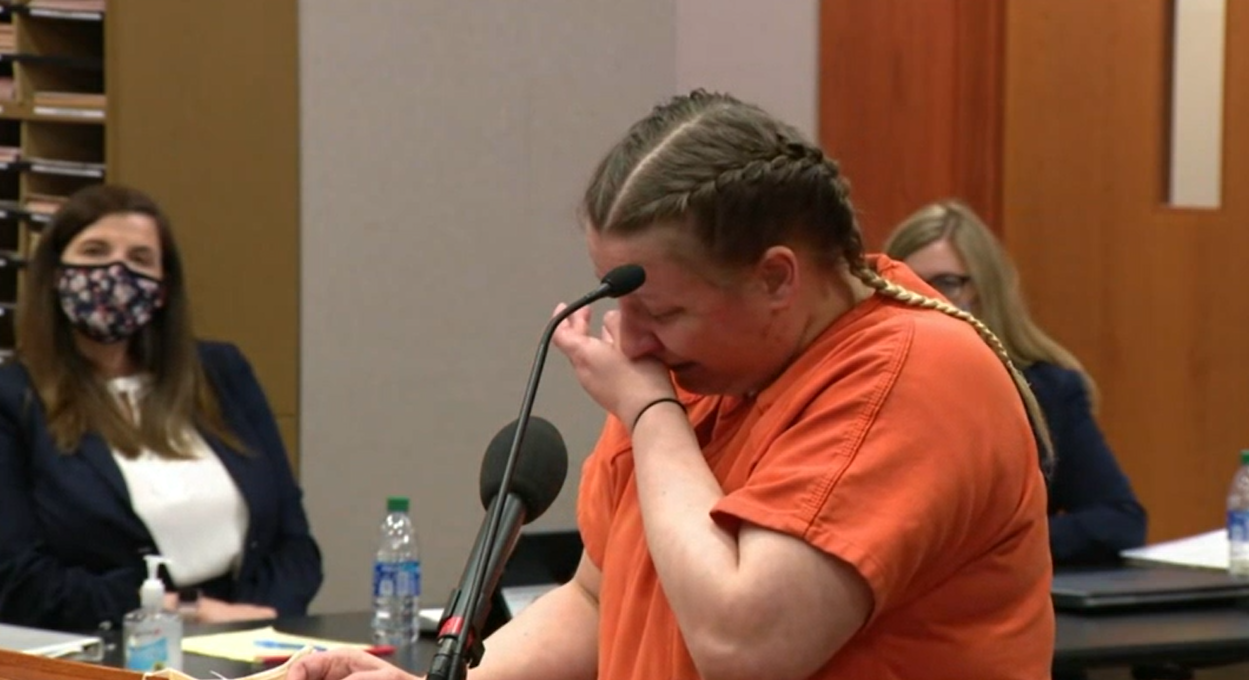 Cunningham and AJ's father, Andrew Freund Sr., were arrested and initially charged on Apr. 24, 2019, the same day police recovered AJ's body wrapped in plastic and buried in a remote location in Woodstock, just miles from the Crystal Lake home where the couple reported the boy missing the week before.

Freund Sr., 60, had led police to AJ's body, after detectives confronted him with a video made on Cunningham’s cellphone dated March 4, 2019. The video, which was played in court during Cunningham's sentencing, showed the boy with bruises on his body and while a woman believed to be Cunningham berated the child for urinating on the bed.

During Cunningham's sentencing hearing, a medical examiner testified that AJ suffered broken ribs and severe swelling of his brain prior to his death. Prosecutors also presented testimony of previous incidents of abuse.

“I asked him if he had been spanked or hit? He said yes. I asked him with what? He said a belt, Channon said. “I asked him who did it. He said someone not in my family, but then he offered, maybe mom didn’t mean to hurt me.”

Freund Sr. is expected to appear in court next on July 30.