Chicago Deputy Mayor Samir Mayekar said at a news conference on the city's coronavirus response that streets in the Chinatown, Little Italy, Chatham and Andersonville neighborhoods would be closing down for outdoor seating this weekend.

The streets will be closed under an initiative Chicago Mayor Lori Lightfoot announced last month to eliminate traffic on certain corridors to allow restaurants to move tables and chairs into the streets for more outdoor dining capacity.

Indoor dining is not allowed until phase four of the city and state's coronavirus reopening plans, scheduled to begin on Friday.

"The city was also proud to partner with local chambers of commerce on our pilot 'Open Streets' initiative, which allowed restaurants and more recently bars to maximize their outdoor capacity," Mayekar said, calling the program a "tremendous success."

"This program is now operational in several commercial corridors throughout the city. In fact, we expect many more neighborhoods opening outdoor dining options this coming weekend, including Chinatown, Taylor Street, Chatham and Andersonville, as well as more than 30 private parking lots that are now outdoor dining spaces," he continued. 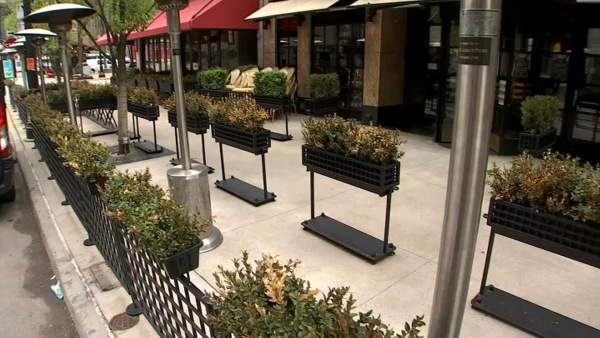 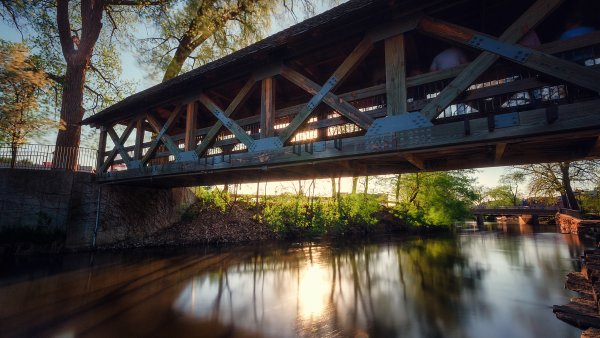 Chatham and Taylor Street were noted in the program's announcement as pilot streets. The specific street closures in Chatham, per that announcement, will be 75th Street from Calumet Avenue to Indiana Avenue. On the Near West Side, Taylor Street will be closed from Loomis Street to Ashland Avenue.

City officials did not immediately respond to requests for more information on the timing of those closures, or details of the Chinatown and Andersonville closures Mayekar mentioned.

Earlier this month, Broadway in Lakeview was shut down from Belmont Avenue to Diversey Parkway, with more than 35 restaurants participating in the program. And in the Gold Coast, Rush Street was closed between Oak Street and State Street for the same initiative.

Other streets slated for closures, according to the city, included Randolph Street in the West Loop and 26th Street in Little Village.