Melissa Calusinski, 25, of Carpentersville, was convicted in November of causing death of 16-month-old Benjamin Kingan in January 2009

A former north suburban daycare worker was sentenced to 31 years in prison Thursday for killing a 16-month-old boy by hurling him to the floor when he became fussy.

Benjamin Kingan of Deerfield died of head injuries on Jan. 14, 2009, after being left in Melissa Calusinski’s care at the Minee Subee center in Lincolnshire.

Calusinski, 25, was convicted in November of first-degree murder and aggravated battery after a Lake County jury found she threw the 22-pound toddler down so violently he suffered fatal brain trauma when his head hit a tile floor.

His death profoundly affected Benjamim’s family, his mother, Amy, said Thursday as her husband, Andy, sat beside her holding her hand.

"There’s no way to comprehend what Melissa has done to us. We will never recover from what she did,” Amy Kingan said. 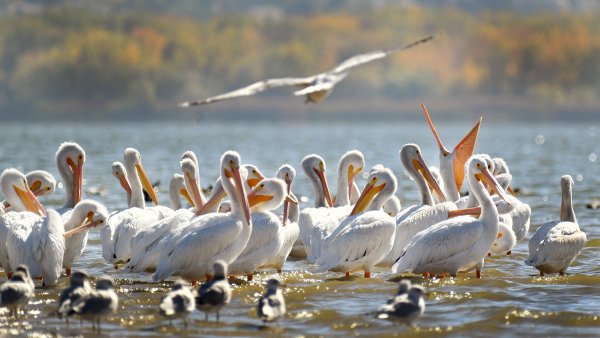 The Carpentersville woman faced a possible life sentence, but Judge Daniel Shanes instead opted for the prison term.

Before he did, Calusinski once again denied she hurt the boy.

"I want everyone to know I am innocent of this crime. I did not abuse or hurt him in any way," she said. “I will never stop fighting this. And I will always maintain my innocence.”

Calusinski told police in two videotaped statements she became frustrated and threw Benjamin down when he fussed as she tried to wash his hands after he’d eaten an afternoon snack of animal crackers and fruit juice. She told investigators she saw him crawl to a bouncy seat, then found him unconscious a few minutes later.

Defense attorneys argued during her trial that police coerced those statements from Calusinski after hours of intense questioning. She repeated that claim Thursday at her sentencing.

“My statements were false, but I had no choice to admit those things,” she said. “I was so scared, I did not understand what the detectives were telling me to say.”

Her attorneys contended Calusinski never harmed the boy, but said Benjamin had prior, undiagnosed brain bleeding that could have been abruptly aggravated by even a minor head injury — a view backed by two pathologists who testified on her behalf.

Defense attorney Paul DeLuca argued Benjamin could have exacerbated his condition by throwing himself down during temper tantrums, including at least one he had on the day he died.

Prosecutor Christen Bishop dismissed such claims, telling jurors the boy was a “healthy, happy toddler” before he died, not a “ticking time bomb” who died while in Calusinski’s care.

“He had so much life ahead of him, and she took that away from him and us,” she said. “We wish so badly we could hold him in our arms one last time.”