Chicago Blackhawks fans were ready for fireworks when the offseason began, but nothing could have prepared them for the bombshell news that Marian Hossa will miss the 2017-18 season.

That news, which comes as Hossa is dealing with a skin condition caused by his hockey equipment, sent shockwaves through the hockey world on Wednesday, and left many fans with a simple question: what’s next?

For starters, there is the question of whether or not Hossa will ever be able to play hockey again. He has been ruled out for the upcoming season already, but there are numerous reports that he will never put on an NHL uniform again. That would pose a problem for the Blackhawks, who have Hossa under contract for four more seasons at a nearly $5.3 million cap hit.

Cook County Releases Statement to Residents Ahead of Added Restrictions 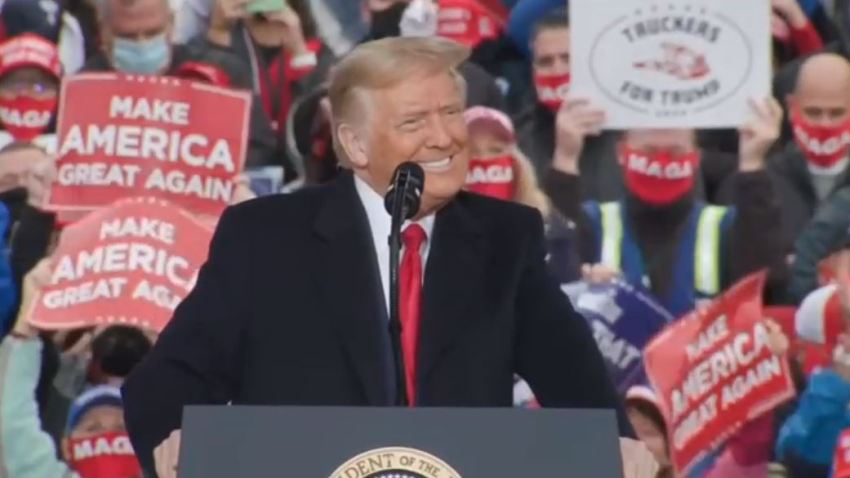 Trump, Pence Both Coming to Wisconsin This Week

Normally under an NHL contract if a player retires, their salary cap hit comes off the books, but Hossa’s case is an exception, as he’s subject to an NHL practice called “salary cap recapture.” That practice penalizes teams that artificially lower a player’s salary cap hit by stretching out the length of a contract, and that’s what the league ruled that the Blackhawks did when they signed Hossa to a 12-year contract in 2009.

That contract paid Hossa nearly $8 million per season for the first seven years of the contract, and then plummeted to $1 million per season in the final four years. Since the cap hit on an NHL contract is calculated by the average value, that deal knocked Hossa’s cap hit down considerably, and the NHL has since banned the practice and instituted the cap recapture penalty on deals like Hossa’s.

Because of that penalty, if Hossa retired now instead of just saying that he’ll miss the 2017-18 season, the Blackhawks would be penalized $4.275 million per season for the next four years. If the winger retires at any point before the end of his contract, the Blackhawks will be on the hook for that number for any remaining seasons that he doesn’t play in.

With Hossa technically on the roster instead of being retired, the Blackhawks will avoid that penalty and will be eligible to receive salary cap relief in the form of the long-term injured reserve list.

If Hossa’s contract pushes the Blackhawks over the NHL salary cap ceiling (which was set at $75 million for the upcoming season), then the team would be allowed to exceed the cap by no more than Hossa’s $5.275 million cap hit. That would enable the Blackhawks to essentially replace Hossa without incurring a penalty for doing so.

If the Blackhawks exceed the salary cap by less than $5.275 million when the regular season begins, then they will only get whatever relief they need to exceed the cap at that time.

Placing cap recapture-eligible players on long-term injured reserve isn’t a new tactic in the NHL, as the Philadelphia Flyers made that move with Chris Pronger several seasons ago. Pronger’s cap hit was even traded at one point to help multiple teams, including the Arizona Coyotes, to artificially reach the NHL’s salary cap floor.

In Hossa’s case, it’s highly unlikely that the Blackhawks will trade his cap hit to another team. With cap recapture, the penalty decreases each year that the cap hit exceeds the actual salary, and if the Blackhawks trade him away, they’ll lose that benefit. If Hossa were to retire as a member of another team, the penalty would actually be far worse for the Blackhawks, depending on when Hossa hangs up his skates.