Michael Gargiulo is charged in the stabbing deaths of Maria Bruno, 32, and 22-year-old Ashley Ellerin, who was dating actor Ashton Kutcher at the time

Attorneys for a man charged with killing two Southern California women and trying to kill a third who fought him off are set to make their last effort to convince a jury that the case against him is thin and insufficient as they present closing arguments Wednesday.

The lawyers for Michael Gargiulo, 43, will likely remind jurors of the relative lack of DNA or other direct physical evidence tying him to the 2001 stabbing death of 22-year-old fashion-design student Ashley Ellerin in her Hollywood home on a night when she was about to go out for drinks with actor Ashton Kutcher in 2001, and the 2005 slaying of 32-year-old mother of four Maria Bruno outside her apartment in the Los Angeles suburb of El Monte.

No DNA or fingerprints tied Gargiulo to the Hollywood scene, though he was a neighbor known to Ellerin and her roommates.

Gargiulo's DNA was found on a shoe-covering bootie used in his work as an air-conditioner repair man that detectives found near Bruno's apartment, though Gargiulo himself lived in the same complex.

He is also charged with the killing of Tricia Capaccio, the 18-year-old sister of a friend in his hometown of Glenview, Illinois, in 1993 when Gargiulo was 17. He's awaiting trial on that charge, but prosecutors in California have been presenting evidence on it to establish what they call a pattern of serial killings.

It's not clear whether defense attorneys will discuss the charge in Illinois, where the DNA evidence against him is significant.

In Tuesday's first day of closing arguments, a prosecutor celebrated the sole survivor of the attacks, Michelle Murphy, who he said sent Gargiulo running and bleeding from her Santa Monica apartment in 2008 when she awoke to the much larger man stabbing her and fought back hard.

The three murder cases had been going increasingly cold until Murphy kicked off a chain of events that solved them. 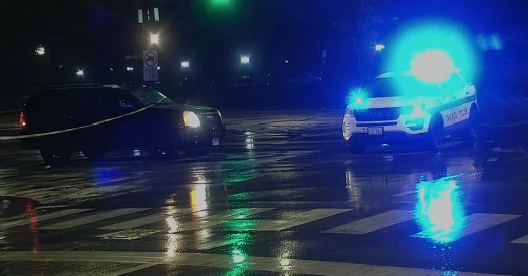 "Eleven years ago, a 26-year-old woman had the strength and courage to fight off a killer," Los Angeles County Deputy District Attorney Garrett Dameron said. "Thanks to her toughness, not only was she able to survive, but she forced her attacker to cut himself, leaving a blood trail, and leading investigators to answers they'd been seeking for 15 years."

Murphy was the first witness jurors heard in the three-month trial, which also included the testimony of Ashton Kutcher, who was 23 when he was supposed to have drinks with fashion-design student Ashley Ellerin on the night she was stabbed to death at her Hollywood home at age 22 in 2001. Kutcher testified that he arrived very late, looked through Ellerin's window and saw stains that he assumed were spilled wine, and left because he thought she had gone out without him.

The defense's case is also likely to include a major mental health component.

Defense witnesses included a psychologist who interviewed Gargiulo several times in jail and diagnosed him with dissociative identity disorder, formerly known as multiple personality disorder, suggesting he might not have known what he was doing if he had attacked the women.

Dameron spent a long stretch of his closing argument calling the diagnosis faulty and impugning the defense expert as lavishly paid, compromised and too close to Gargiulo.

Another defense psychologist testified that Gargiulo was in special education as a child over behavioral issues, and that he tended to be angry and engage adults in power struggles.

On Tuesday, with Gargiulo sitting at the opposite table in a white shirt and tie, Dameron argued that the attacks were all strikingly similar, planned and executed by a powerful and skilled killer who studied the lives and homes of attractive, outgoing young women who lived near him.

Without any robbery, fight or sexual assault beforehand, the killer then delivered deep stab wounds boldly and quickly in or near the victims' homes, leaving their bodies where they were slain and leaving little trace of himself.

"Those similarities point to one man, one killer," Dameron said. "Michael Gargiulo."