Man Charged With Murder of UIC Student Held Without Bail

A judge on Tuesday ordered the man charged with murder in connection with the death of a 19-year-old University of Illinois-Chicago student to be held without bail.

Donald Thurman, 26, was charged with first-degree murder and criminal sexual assault, UIC Chief of Police Kevin Booker said in a statement Monday. Authorities said Thurman has no affiliation with the university or with the victim Ruth George, of Berwyn.

George's family reported her missing on Saturday after not hearing from her since the night before, according to police. At around 11:15 a.m. Saturday, George was found unresponsive inside of her family-owned car in the Halsted Street Parking Garage in the 700 block of West Taylor Street, police said.

George was pronounced dead at the scene. The Cook County Medical Examiner's Office later determined that George died as a result of strangulation, and ruled her death a homicide. 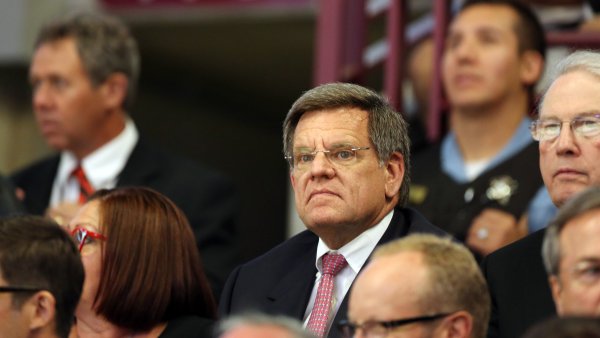 How to Schedule Your COVID Booster Shot in the Chicago Area

Authorities say university cameras showed Thurman walking behind George at approximately 1:35 a.m. on Saturday and following closely behind her as she entered the parking garage.

Thurman was then seen again on security video footage walking southbound on Halsted Street at around 2:10 a.m., according to police.

Detectives learned that Thurman frequented the Blue Line and decided to watch the Blue Line station during hours in which he had previously traveled there, officials said.

At around 2 a.m. Sunday, UIC police said investigators saw Thurman near the Blue Line train station at Halsted and Harrison streets and took him into custody.

That afternoon at around 3:20 p.m., UIC police said Thurman gave a full confession of the crime.

Authorities said Thurman was previously convicted of armed robbery and sentenced to six years in prison, but only served two and was released from prison in December 2018. He was on parole at the time of the crime, officials said.

Thurman was expected to appear before a judge in court late Tuesday morning.