Video Shows Up to 50 People Jumping Fence at Lollapalooza

Video from the scene showed the large crowd climbing onto the fence, knocking part of it down

Roughly 50 people seen jumping a fence at Lollapalooza Friday afternoon did not make it into the festival, officials said.

According to the city's Office of Emergency Management and Communications, the swarm of people "attempted to breach an exterior perimeter fence at Michigan Avenue and Balbo Drive.

Video from the scene showed the large crowd climbing onto the fence, knocking part of it down. 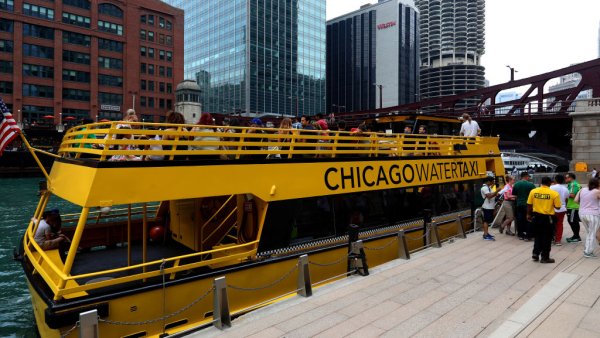 Chicago Water Taxi Returns to the River This Summer "Both CPD and festival security responded immediately to the situation and resolved it within moments," OEMCE said in a statement. "As a result no one was able to gain entry to the festival."

OEMC said no injuries were reported and the fences "are secured."

"We have adjusted our resources to reinforce the security along the outer perimeter, and CPD and the event security have also added additional bike teams," the statement read.

Chicago police did not immediately respond to a request for comment.