As Tropical Storm Harvey batters the state of Texas, Chicago-area charities are asking for help as they prepare to assist struggling residents of the Lone Star State.

Current estimates are that up to 50 inches of rain could be dumped on the Houston area, and images of dramatic flooding have already emerged as rescue workers try to get to those stranded by the rising water.

With their struggles, Chicago’s charities are preparing to help the fourth-largest city in the United States, even though it is 1100 miles away. 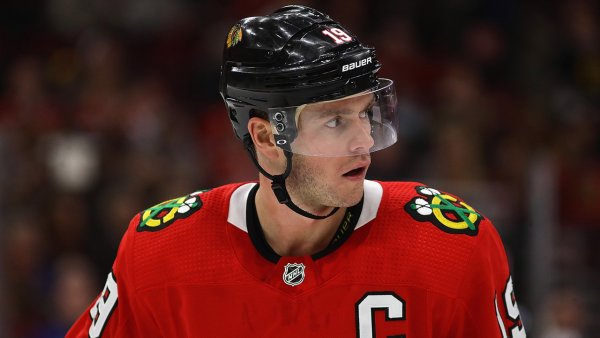 The Salvation Army warehouse in Elk Grove Village is preparing six food trucks, which could be deployed at any time to help flood-ravaged residents.

“Each of these trucks can serve around 1500 meals a day,” Scott Justvig says.

If needed, volunteers could be rotated through Houston, and the charity is planning on being in Texas even longer than they were in Louisiana for Hurricane Katrina in 2005.

“We’re in this for the long haul,” Justvig says.

Meanwhile, some Chicago-area residents got out of the Houston area just in time, before airports closed and before flooding shut down major expressways in the region.

“It is really tough. There’s a lot of flooding and a lot of anxious and scared folks in Houston,” Carl Holland says.

Holland’s son may be one of the many Salvation Army volunteers pressed into action when the rain finally stops in Texas later this week.

There is one problem that the charity is dealing with, however. Last month’s flooding in the Fox River Valley depleted disaster items that otherwise would have been ticketed for southeast Texas, and as the group prepares to send help south, donations will be needed to help them to do their jobs.

“We can’t even imagine the needs that are going to happen,” Justvig says.

The Salvation Army is requesting cash to buy supplies. If you would like to donate, you can visit the Salvation Army’s website. A donation of just $15 is enough to buy a cleaning kit for volunteers.