Chicago Mayor Lori Lightfoot said the city is "very focused" on what happened when a man who was apparently ambushed after being released from the Cook County Jail suffered as many as 64 bullet wounds.

Lightfoot said while officials are "concerned about shootings anywhere across the city," her office has been in conversation with the Cook County Sheriff's office following the killing of Londre Sylvester, also known as a rapper by the name of KTS Dre.

Sylvester was identified as the victim of the Saturday night shooting by the Cook County Medical Examiner's office. He was pronounced dead at a hospital.

Sylvester had just been released after being fitted for electronic monitoring and was walking to a waiting vehicle when several suspects "exited two separate vehicles and all began to shoot in Sylvester’s direction, striking him numerous times,” a police report said.

A 60-year-old woman who was with Sylvester was shot in one of her knees and was hospitalized in good condition, police said. A second woman, who is in her 30s, suffered a graze wound to her mouth, police said. 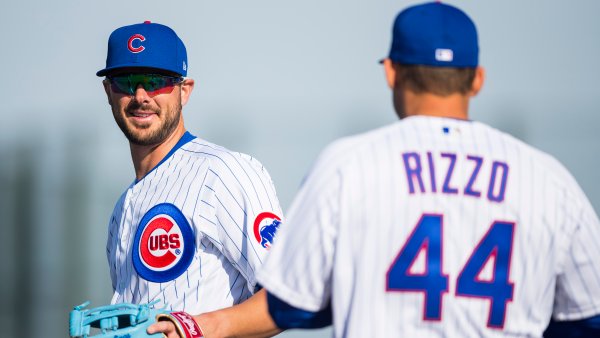 The Loop 48 mins ago

Sylvester had posted $5,000 bail on Friday, the Chicago Tribune reported. He had been ordered held on $50,000 bail on July 1 after prosecutors last month hit him with a petition for violation of bail bond for allegedly failing to meet conditions of his release in a 2020 felony gun case.

The killing comes amid a rise in shootings this year in Chicago and broader concerns nationwide about increasing violence. On Monday, Chicago police Superintendent David Brown was among city and law enforcement leaders from around the United States meeting with President Joe Biden about efforts to reduce crime.