Jurors in the Kyle Rittenhouse trial announced their verdict midway through a fourth day of deliberations Friday, finding Rittenhouse not guilty in connection with a deadly shooting during unrest in Kenosha.

Rittenhouse faced five counts in the case, after an illegal weapons charge was dismissed by Schroeder. 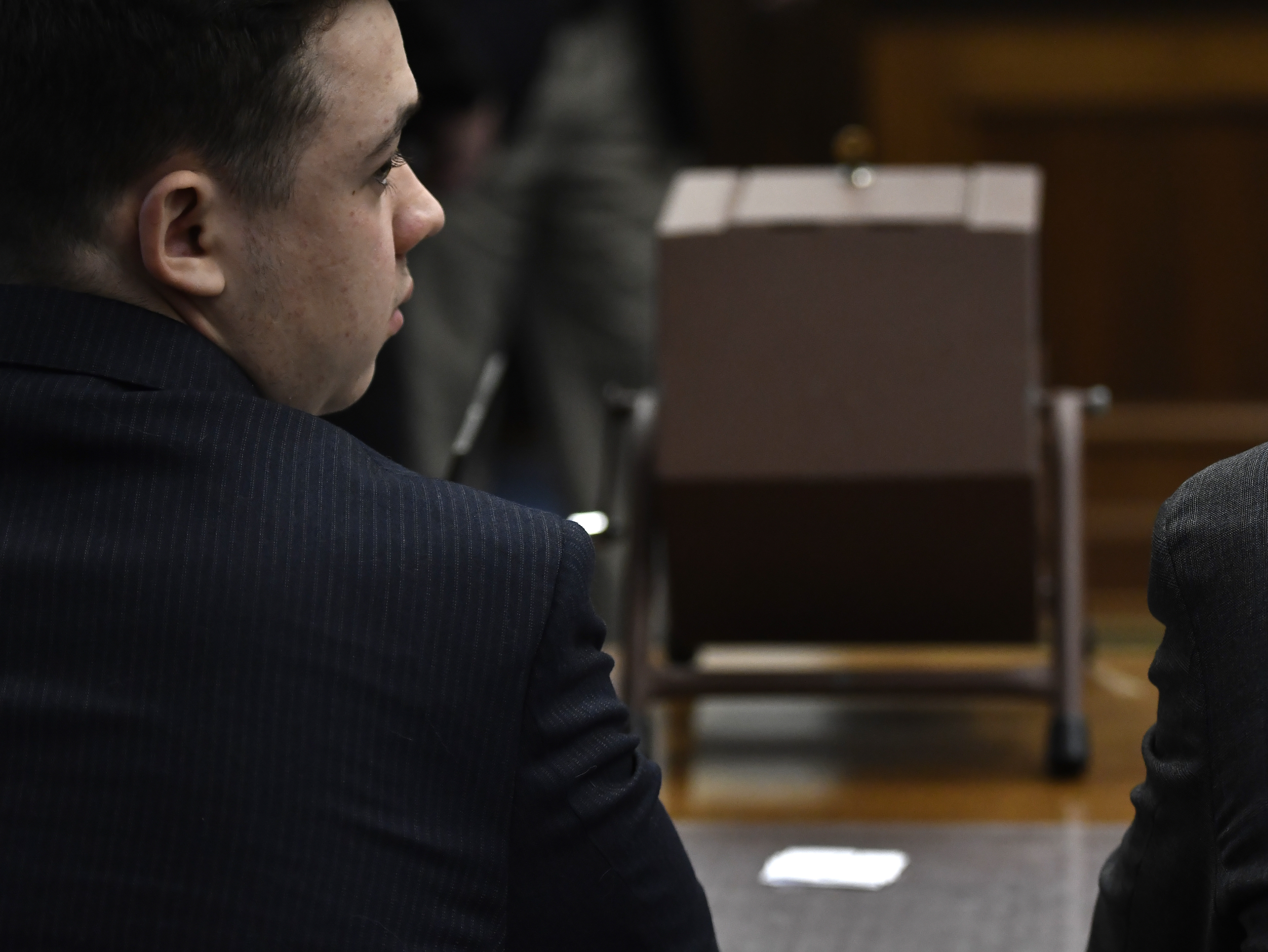 Rittenhouse testified during the trial that he acted in self-defense. Wisconsin’s self-defense law allows someone to use deadly force only if “necessary to prevent imminent death or great bodily harm,” and the jury was tasked with deciding whether Rittenhouse believed he was in such peril, and whether that belief was reasonable under the circumstances.

Here are the latest updates from the courthouse (this will be updated as court resumes Friday):

-- A jury has found Kyle Rittenhouse not guilty on all counts in his murder trial connected to the shootings of three people during unrest in Kenosha during the summer of 2020.

-- The jury is expected to soon begin reading the verdict.

-- BREAKING: A verdict has been reached in the Kyle Rittenhouse trial, the judge announced Friday following several days of jury deliberation.

-- The jury at Kyle Rittenhouse’s murder trial began deliberating for a fourth day Friday, as prosecutors argued against a defense request for a mistrial, saying there was “no factual or legal basis” for the judge to grant it.

-- Before the jurors retired around 4 p.m. at what the judge said was their own request, one of them asked if she could take the jury instructions home, and the judge said yes but told her she couldn't talk to anyone about them.

After the jury departed, Rittenhouse attorney Mark Richards told the judge he feared that letting members take home instructions would lead to jurors looking things up in the dictionary or doing their own research.

-- At the end of the day, jurors looked tired, but no more than they did at the end of their first day. No one seemed visibly upset. Two jurors spoke genially to each other as they walked out the door.

-The jury was sent home for the day at approximately 4 p.m., according to reporters in the courtroom.

-- Kenosha County Sheriff David Beth seen handing out cookies and coffee "for peace" outside the courthouse.

Kenosha County Sheriff David Beth was seen handing out cookies and coffee “for peace” outside the Wisconsin county’s courthouse as jurors continue deliberations in the Kyle Rittenhouse trial Thursday.

-- Police are investigating after a person claiming to be affiliated with a national media outlet was suspected of trying to photograph jurors in the Kyle Rittenhouse trial Wednesday night. Judge Bruce Schroeder addressed the news in the courtroom, calling it a "very serious matter." Read more details on what happened here.

MSNBC has been banned from the Kenosha County Courthouse in the Rittenhouse trial after a freelancer working for the news channel was stopped by police Thursday while attempting to follow a van used to transport jury members.

-- For a complete look at the questions the jury have asked so far, here's a breakdown. 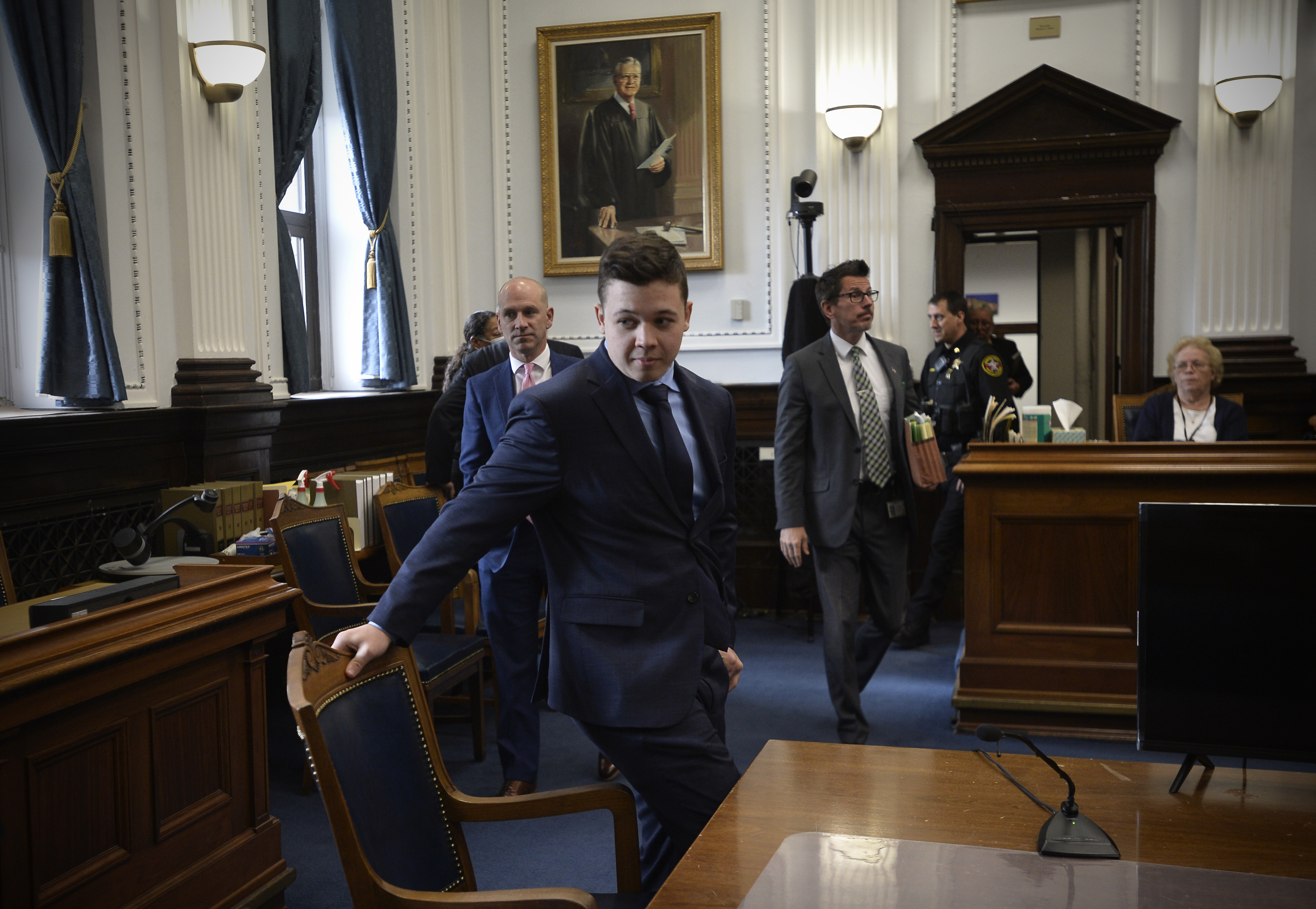 What Questions Have Jurors in the Kyle Rittenhouse Trial Asked?