Kyle Rittenhouse, Charged With Killing 2 in Kenosha, to Challenge Extradition to Wisconsin

An attorney for the 17-year-old from Illinois charged in shootings that left two people dead and a third wounded last month during unrest in Kenosha said in a hearing on Friday that they planned to challenge the teen's extradition to Wisconsin.

Kyle Rittenhouse, from the Chicago suburb of Antioch, is facing charges of first-degree intentional homicide and first-degree reckless homicide, among others, following the Aug. 25 shooting, which took place just days after a Kenosha police officer shot Jacob Blake seven times in the back.

During Friday's hearing, Rittenhouse's attorney John Pierce said the defense team planned to challenge the extradition by writ of habeas corpus. A judge ruled that the next hearing would be on Oct. 9 with all pleadings due by the day before.

Rittenhouse's attorney also requested to bring a laptop into the juvenile detention center where the teen is being held, a request that the judge asked be submitted in a written motion.

A judge had agreed in a previous hearing on Aug. 28 to delay the extradition hearing by a month per a request from Rittenhouse's attorneys.

The 17-year-old charged with fatally shooting two people and injuring a third during unrest in Kenosha last month is scheduled to appear in court Friday for a hearing on whether or not he’ll be extradited to Wisconsin. Chris Hush reports.

Rittenhouse was armed with a semi-automatic rifle as he walked Kenosha's streets with other armed civilians during the August protests and unrest. He would face a mandatory life sentence if convicted of first-degree intentional homicide. Under Wisconsin law, anyone 17 or older is treated as an adult in the criminal justice system.

The criminal complaint against Rittenhouse said that Joseph Rosenbaum, 36, of Kenosha, followed Rittenhouse into a used car lot, where he threw a plastic bag at the gunman and attempted to take the weapon from him. The medical examiner found that Rosenbaum was shot in the groin and back — which fractured his pelvis and perforated his right lung and liver — and his left hand. He also suffered a superficial wound to his left thigh and a graze wound to his forehead.

Rittenouse then ran down the street and was chased by several people shouting that he just shot someone before he tripped and fell, according to the complaint and video footage. Rittenhouse then shot Anthony Huber, 26, of Silver Lake, in the chest after Huber apparently tried to wrest the gun from the teen, the complaint said.

Gaige Grosskreutz, 26, who appeared to be holding a gun, was then shot in the left arm after approaching Rittenhouse, the complaint said.

“From my standpoint, it’s important that the message be clear to other Americans who are attacked that there will be legal resources available in the event false charges are brought against them,” he said. “Americans should never be deterred from exercising their right of self-defense.”

Kenosha police faced questions about their interactions with the gunman. According to witness accounts and video footage, police apparently let the gunman walk past them and leave the scene with a rifle over his shoulder and his hands in the air, as members of the crowd yelled for him to be arrested because he had shot people.

Kenosha County Sheriff David Beth said the gunman likely slipped away because the scene was chaotic, with lots of radio traffic and people screaming, chanting and running — conditions he said can cause “tunnel vision” among law officers. Rittenhouse was taken into custody at his home in Antioch hours later.

Kenosha County Sheriff David Beth confirmed there were so-called vigilantes or self-proclaimed militia groups on the streets the night of the shooting, one of which even asked him to deputize them. It's unclear if Rittenhouse was connected to that group.

Video taken before the shooting shows police tossing bottled water from an armored vehicle to what appear to be armed civilians walking the streets. And one of them appears to be the gunman. 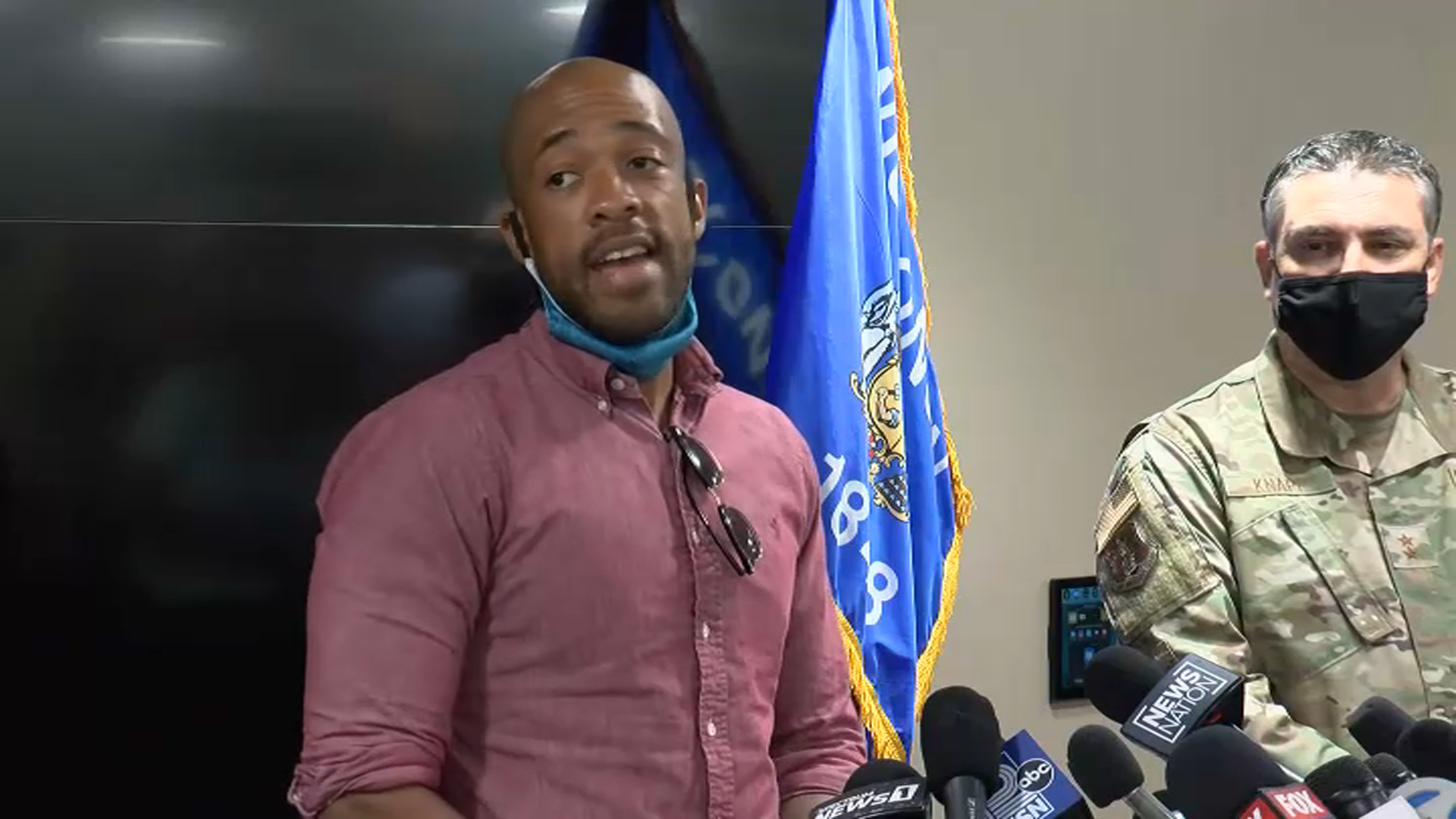 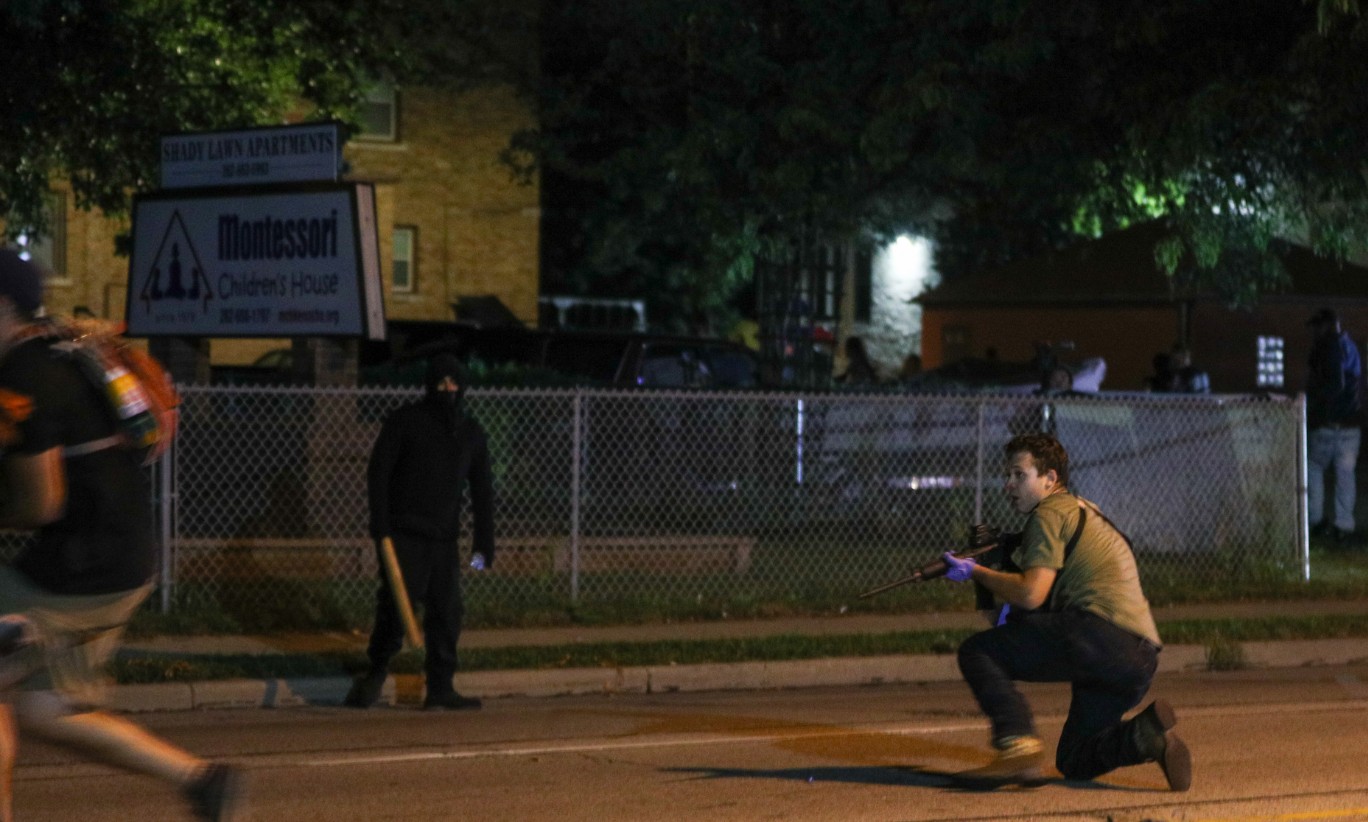 The same group released a statement saying it did not know if Rittenhouse was responding to their call.

Facebook confirmed that it took down the group's page for violating its policy against militia organizations. The company said it also is in the process of removing other accounts and material tied to the shootings that violate its policies, such as for glorifying violence, and it is in contact with local and federal law enforcement on the matter.

The company said it had not found evidence on Facebook that suggested the suspected shooter followed the Kenosha Guard Page or was invited on its Event Page to go to the protests.

As authorities began to piece together a case against Rittenhouse, new details emerged about his life.